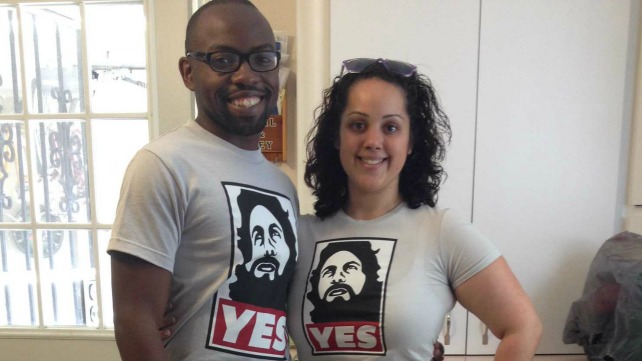 5 Ways To Teach Your Woman To Watch Wrestling

It’s February and love is in the air with Valentine’s Day right around the corner. My wife and I are going to the Road to Wrestlemania house show in Tampa. You read that right. My wife is awesome! My wife was not a wrestling fan we first met. I’ve converted her into a wrestling fan. If you’re in a relationship right now and are struggling to get your woman to get into wrestling, here are 5 tips for you to try.

1. Be Up Front About Your Wrestling Habits

When I first started dating my wife, I told her how big of a wrestling fan I was and how much I love it.  I showed her how many wrestling DVDs, books, and video games I owned. Letting your significant other know how much you enjoy wrestling can prevent future issues. Also, you can get some pretty great gifts from her for birthdays and anniversaries.

One of the biggest challenges for a non-wrestling fan can be understanding everything that is going on. Explain to her why wrestler A hates wrestler B. Teach her the basic rules of different match types. Help her understand basic wrestling terminology such as babyface, heel, and being put over. This will be an ongoing learning process, so be patient. After all, you’ve probably watched wrestling your whole life. What is common knowledge to you won’t be for her.

3. Take Her To A Live Event

One of the best things I ever did was taking my wife to a live event. We went to a live Monday Night Raw here in Tampa. She was amazed by how many people were there at the show. I think it comforted her to know I wasn’t the only crazy wrestling fan out there. She was amazed by her experience and couldn’t wait to go again. Now every time WWE comes to town, she’s ready to go.

If you’ve been a relationship for a long time, you’ve probably figured out that your wife loves shopping for clothes. Mine definitely does. So buy her some shirts and accessories of her favorite wrestler. Sit down with her and show all her options and let her pick something to her liking. Now that my wife owns several wrestling shirts she is often looking for coupons and browsing WWE Shop on her own.

5. Don’t Let It Be More Important Than Her

This probably the hardest one, especially for the die hard wrestling fans. There’s so much wrestling to consume. With the launch of the WWE Network and New Japan World, wrestling fans have 24/7 access to programming in the palm of their hand. As much as we want to watch wrestling all day we need to spend time with our women and make them a priority. You’ve brought her into your world of wrestling, now let her bring you into her world of interests. When I first started dating my wife, I missed several episodes of Raw, Smackdown, Impact and other wrestling products to spend time with her. Relationships are about compromise and giving up selfish habits. It’s an everyday struggle, but if you put forth the effort your woman will appreciate it and won’t hate the thing you love.

What would you add to this list? Sound off in the comments below.