Is Roman Reigns Over Pushed – An Analysis 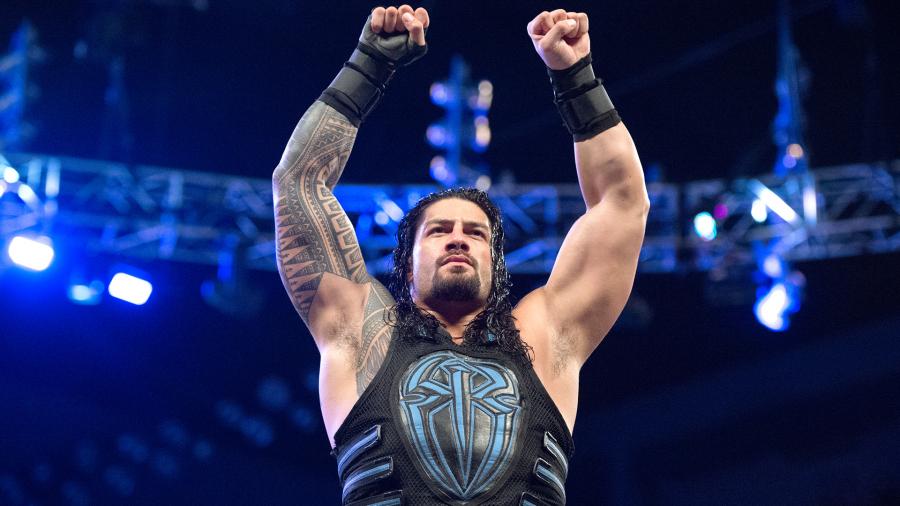 There is a perception among die-hard fans that Roman Reigns is over pushed.  They believe that he is manufactured, the anointed superstar by management, and not worth being the top guy of the company; and as such, fans have never fully accepted him.  Once upon a time, Reigns was a member of The Shield with Dean Ambrose and Seth Rollins.  The Shield was a tremendously successful stable, with the three upstarts bringing a new level of teamwork to the main event scene of the WWE.  On June 2nd, 2014, after their biggest triumph as a group beating Evolution the night prior, Seth Rollins broke up The Shield.  He did so because he wanted to be the top star of the company, consequently joining with Triple H, Randy Orton, and The Authority.  That moment, in particular the chair shot from Rollins to Reigns that ended The Shield, set forth a link between those two superstars that would never completely go away.

I had a very spirited debate with a friend of mine on Twitter about this, and more specifically, the level at which Roman Reigns is pushed.  He, Twitter user @dejkirkby better known as Darren, believes that Roman is extremely over pushed, to which I responded that Seth Rollins is equally pushed as hard.  Darren retorted that Roman has 4 straight WrestleMania main events in a row and 4 top 4 Rumble finishes whereas Seth has none.  I responded that aside from the one night of a year that WrestleMania exists, Seth is given just as much attention as Roman, but gets away with it because the crowd has accepted Seth.  As the debate raged on, it became clear to me that I needed proof of my point.

So, here are the receipts.

I set off to do legitimate research to prove my point that Roman Reigns and Seth Rollins are essentially pushed equally, and my first stop was to look at their Pay-Per-View main events.  Starting from Money In The Bank 2014, I looked at every Pay-Per-View and added each person’s main event matches.  I did not include Royal Rumble matches, and I did include Seth in the WrestleMania 31 main event because he cashed in during the match.  So, looking at the facts, Roman Reigns has main evented 19 PPVs and Seth Rollins has main evented 13.  I’m inclined at this point of this column to mention that Seth Rollins tore his ACL and MCL in November of 2016, and he was the WWE World Heavyweight Champion at the time, so he most assuredly would have a higher number of main event matches had he not gotten hurt.  Still, that is a point in Roman Reigns favor.

My next statistic to check was to get a little more in depth with the championship information, particularly their World Championship stats.  In searching, Roman Reigns has had 21 world title matches since the breakup of The Shield (this DOES include the 2016 Royal Rumble match), while Seth has had 19 world title matches.  I once again remind you that Seth missed 6 months of his career while he was the champion.  Also, Seth held the World Championship for 221 days total while Roman held it for 120 days total.  For reference, I complied the information for this statistic from ProFightDB.com.  Analyzing this statistic and taking into account Seth’s 6 months missed at the top of his career, this is a point for Seth.

Based solely on factual stats, Roman Reigns has 6 more Pay-Per-View main events than Seth Rollins, the same amount of championship reigns in WWE/NXT, 2 more world championship matches, 100 less days as world champion, and one less Raw main event.  All of this is true, while still understanding that Seth Rollins missed 6 full months of action.  For reference, Roman has missed time in his career as well.  He missed 3 months in late 2016, a month in the middle of 2017, and a couple of weeks in late 2017.

Looking at everything, its clear to see that Roman Reigns and Seth Rollins are pushed with practically the same strength.  In fact, there could be an argument that as a whole, Seth Rollins may be pushed harder.  The one thing that Roman Reigns has over Seth, and may always have over Seth, is the fact that he’s main evented 4 WrestleMania’s in a row.  Still, while WrestleMania is the biggest show of the year, it is only one show.