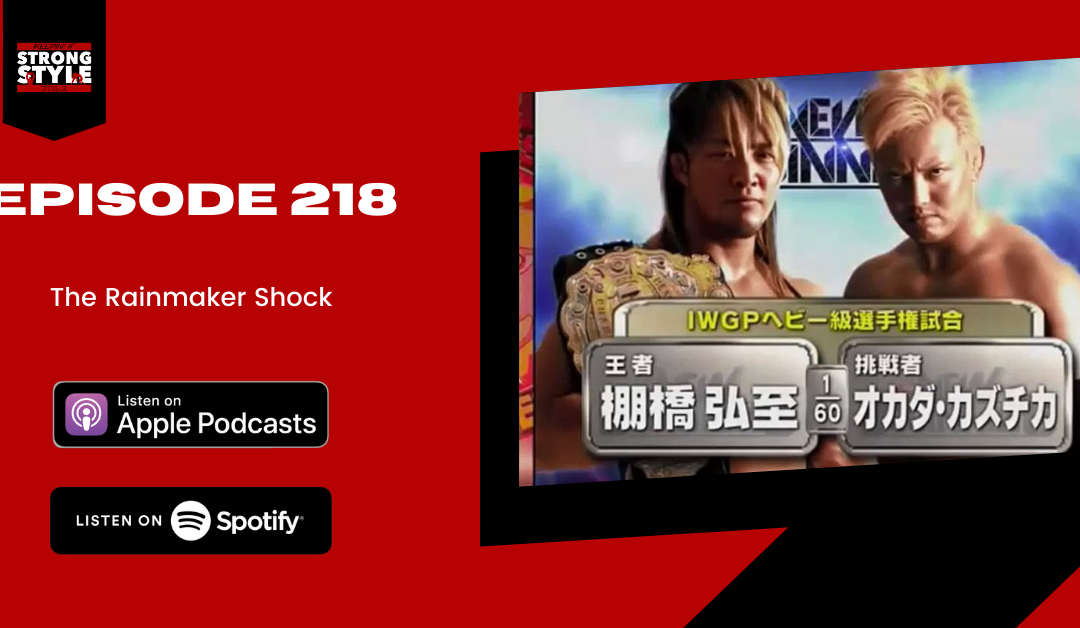 On this week’s episode of Keepin’ It Strong Style, Jeremy Donovan and the “Young Boy” Josh Smith are joined by Rich Latta for an early celebration of the 10 year anniversary of the Rainmaker Shock. The guys discuss the first four matches of the Okada/Tanahashi rivalry and the importance of the Rainmaker Shock. Jeremy and Josh also discuss Windy City Riot, NJPW STRONG Nemesis night 4, Lion’s Roar Episodes 4, listener questions, and all the latest news in the world of New Japan Pro Wrestling.