Latta’s Lariat #19: Big Cass vs Baron Corbin, Who You With? 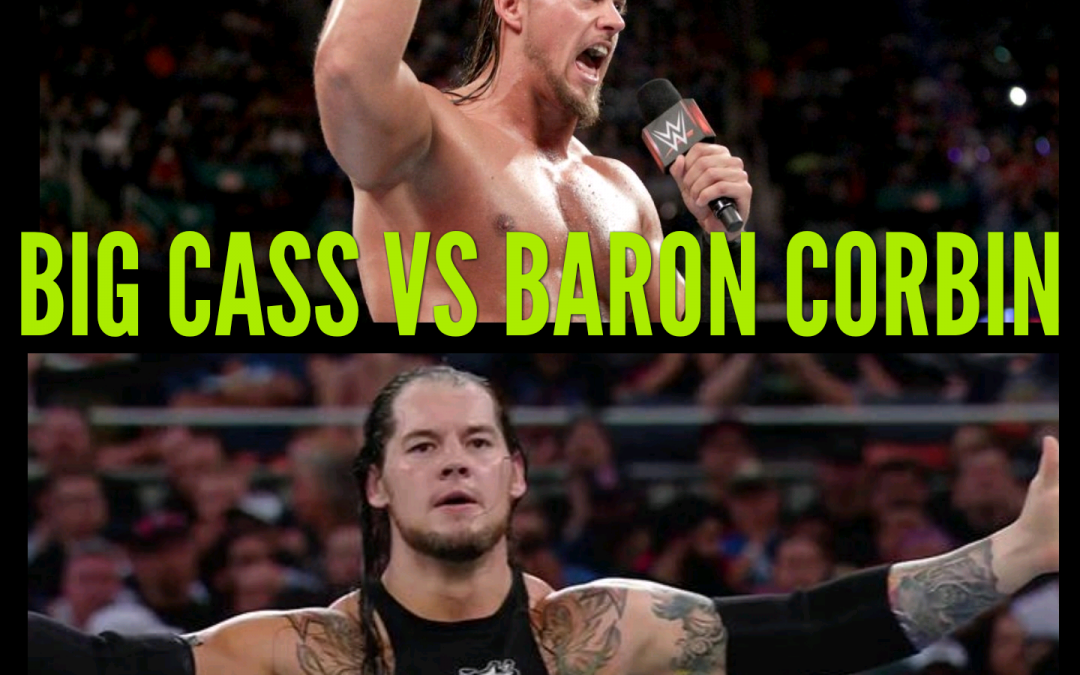 Big Cass and Baron Corbin are two of WWE’s young big guys they clearly have high hopes for. Now WWE cast serious doubt by having Baron Corbin lose a MITB cash-in like an absolute geek, but he’s still got John Cena at Summerslam, while Big Cass will face off against the Big Show. I can’t help but to compare these two guys because they feel so similar at this point.

They are both young tall guys that WWE is into way more than most of the audience. They’ve both got potential but both face short comings, although I think one of them is slightly ahead of the other. Braun Strowman has clearly distanced himself from these two so he will not be profiled today. I’m going to evaluate these guys in different areas and determine who wins.

*Cuts on the Jay-Z – “Who You Wit” Instrumental

Up to this point, it’s Baron Corbin. He’s had good matches with a variety of opponents but even saying that he’s rarely reached that gear beyond, “this is a perfectly acceptable professional wrestling match.” He does display good agility for a guy his size, and can strike beautifully. His finish and setup move are in the upper tier. Where he gets in trouble sometimes is how the matches are laid out.

Corbin can go balls to the wall, but when he repeatedly goes to bear hugs to suck up long portions of the middle of the match, it doesn’t get any more boring. He’s ahead of Cass at this moment because Cass hasn’t shown much else besides a hot tag which he does very well. I’d be interested to see if Cass can work with smaller guys to a great result like Kevin Nash, or Sid.

Verbal Ability: Who is a better talker?

This isn’t close. Baron Corbin to me seems like the adult version of an elementary school bully that retained his voice from back then. Cass has broken out of Enzo’s shadow on the microphone by mixing in reality, with a few tricks designed to get the most out what he tries to express each time he touches the mic.

If the booing continues to pick up more steam, we’re going to be looking at a World Champion as early as next summer. He has a strong voice, and he feels like a young Triple H when he first turned on DX. The tools were there, he just had to practice on them, and get people sold on his new attitude. Cass is in the same spot ability wise already.

I feel like the crowd responds to these guys in two totally different ways. One guy they boo because of his disgusting actions, and ability to antagonize them, and the other guy brings a sense of inevitability, and apathy all in one. Big Cass has been unleashed over the last few months and is getting it done as a heel. He sprinkles in truth with his promos, but really gets to folks as well. Corbin tends to have to rely on set-up situations to actually get booed. Any idiot would get heat for messing up Nakamura’s entrance. Cass cemented himself as a better heel through his viciousness, and the way he ended a beloved team. He has way more of a reason to be booed than Corbin. People just think Corbin is a dumpster fire. He’s got a much longer road than Cass in this respect.

Allow me to get these jokes off.

Big Cass by a mile.

Corbin, 32 and Cass, 31 are relatively the same age, and made their main roster debuts 1 day apart. Unquestionably being a single has given Corbin more chances to shine, but I’m unsure if he’s hit many homeruns in that time. Cass is fresh right now. His turn from Enzo has shot him out a cannon heat wise, but the questions still remain what will happen when Enzo is not in the picture? Corbin is going through a rough stretch at the moment, and will have his career defining match this weekend at Summerslam against John Cena. If it goes well, he could take the bitterness of losing his cash in and spin it into being a more deadly character.

If it stinks, and people don’t care about a John Cena match, I think we can all figure out where the blame will go. Big Cass on Raw has a lot of competitors in his way to be the brands best big guy, Corbin has an easier path at the moment. If we switched them, they would probably be in the same spot as each other.

Corbin by a hair, but it could all come apart at Summerslam.

Big Cass and Baron Corbin each have foundations in place to eventually become guys who eventually matter a whole lot. Corbin needs to feel more human and less robotic, while Cass needs more experience as a solo act. The only question that remains with Big Cass vs Baron Corbin is, Who Ya With?