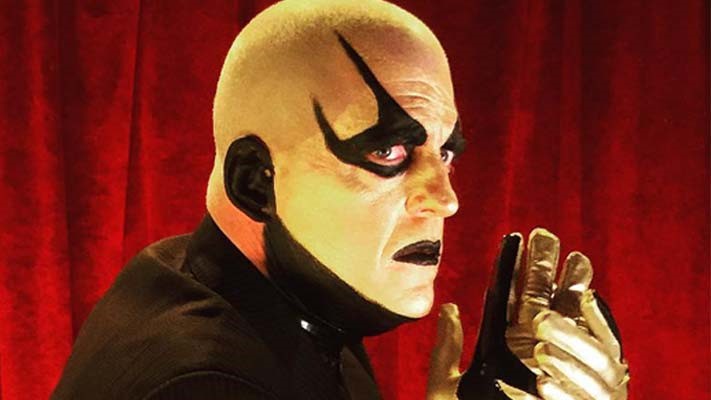 Following the death of his father Dusty Rhodes, and the departure of younger brother Cody, Goldust is the last man standing in the Rhodes family in WWE. How long will he still be there? By the looks of things, any day could be the last time we see The Golden One. He recently wrestled Bray Wyatt in an enhancement babyface role that seemed to be a dismissal of his prospective summer storyline where he would look for a protégé fresh off his heel turn on R-Truth.

I had a conversation with Dave Fenichel of LOP during the vignettes where Goldust essentially became a superstar all over again and told him that Goldust’s protégé storyline wouldn’t see the light of day at Summerslam. Sadly, I was proven correct as the card offered zero room for Goldust to make an impact.

Goldust has remained one of the greatest characters in WWE history going back to 1995, and in some circles, he only trails The Undertaker on the radical gimmick performer list. I’m not one for ridiculous characters but I’ve always gotten a kick out of Goldust. He even scared me in 1996 as a small child at a house show when he told the crowd he would kiss everyone in the audience if we didn’t shut up.

My 7-year-old self was distraught and pleaded with my fellow audience members to stop booing him. He’s part of a class of performers like Big Show, Mark Henry and R Truth who are hanging around as valuable veterans. He has faced his fair share of adversity in his career, struggling with sabbaticals from WWE, drug and weight issues and has seemingly beat them all.

Upon re-emerging in 2013 when he showed up around 220 lbs. flipping around while being in the best shape of his life, he proved to be an ageless wonder as he was well into his 40’s going toe to toe with WWE Champion Randy Orton, and battling against The Shield in tag team competition. He’s arguably been one of the best redemption stories of this decade.

Goldust teamed with his brother Cody, and found instant magic. Their wide age difference made them the perfect combination of experience and youth that gave the tag titles a home once it was time to move The Shield up the card. It all worked really well until there wasn’t an exit strategy that would be fulfilling for fans who wanted the showdown between the brothers on a stage like Wrestlemania.

The highest profile match the brothers had was at Fastlane 2015 when they had a strange match with a weird finish that was on second. Goldust vs Stardust was not the showdown people wanted during multiple Royal Rumble’s earlier this decade. It felt like a semi-annual tradition for Cody Rhodes to act absolutely furious at the sight of his freak older brother, and there was always a great energy that never got capitalized on. I’m assuming WWE never saw much value in it.

As I mentioned earlier, Goldust essentially became a superstar all over again from a few promos where it felt like 1996 Goldust had returned. However, they never let him pay off his actions outside the ring, inside of it. The summer could have been the Goldust last shot at glory, as he looked to recapture the Intercontinental Championship one last time before he was finished.

I think WWE is afraid to commit to Goldust as they always have been. His career has been full of moments where things were set up for him to explode, and for whatever reason WWE backpedaled and Goldust just lingered and in some cases, floundered. I’ve read many times that he was slated to be the world champion within his first year before the plug got pulled. With this latest setback, the end of the line could be closer than we know.

Still immensely talented, Goldust will continue to bring his unique form of wrestling and entertainment to any scenario asked of his as he winds down his Hall Of Fame career while knowing he could step in at any time and be a major star.

Without a doubt, Goldust has had one of WWE’s most enduring gimmicks ever and is one of the more underappreciated acts of all-time. It pissed me off to see his potential late-career run kind of thrown away because of poor planning. If you haven’t, I challenge you to watch the vignettes and promos that were produced earlier this summer and tell me you don’t see a man with PLENTY LEFT IN THE TANK, to quote Mark Henry.

He deserved more than blowoff matches on Raw and getting left off of non-big 4 shows because there just wasn’t room. I guess I’ll have to book the entire Goldust redemption story on WWE 2K18 in my Universe mode. At least somewhere, they will never forget the name….GOLDUST.