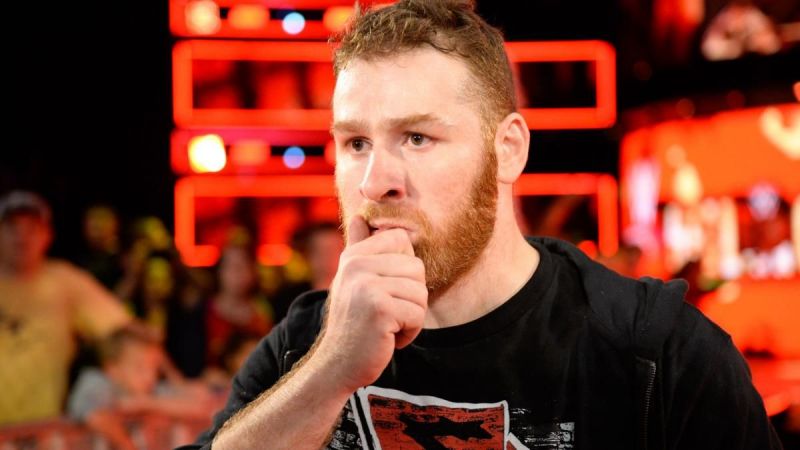 The relationship between Kevin Owens and Sami Zayn took another interesting turn at WWE Hell in a Cell. After nearly 3 years of war between them in WWE, and an entire career being linked together in some form before that, Sami Zayn did the unthinkable and saved the dastardly Owens who has attacked, belittled, and overshadowed him from certain doom at the hands of Shane McMahon.

Before Sami Zayn answers the question, “Why Sami Why?” we have to look at who we are dealing with here. Zayn has been one of the purest good guys WWE has ever had. In plain terms of what we‘ve seen, he’s had a major falling out with a lifelong friend, and after fighting him for so long, he’s just tired of it. Faced with the prospect of Owens being in imminent danger, Zayn’s instincts as a friend took over as he did something no one else could understand, but him. Even in what most consider a heel turn, elements of good shined through.

Growing up in a home where I was a witness to domestic violence, and following the stories of abusers and the abused as I’ve gotten older, the easy thing to offer as advice is, “Why don’t you just walk away?” It’s really not that easy. People stay long after they should go which one would assume is, the first time something happens. You can hope for change, but it is such a complex journey of the mind in the abused.

Relating that to this, Sami Zayn is like an abused lover who knows some of the greatest times he’s ever had were linked with Kevin Owens. After attempting to fight Owens for years, and do everything the right way, Zayn is no further as a star than he was the day he debuted on the main roster. No matter the rivalry that existed among them, Zayn and Owens can never escape each other, and now Zayn can try to recapture his own happiness with his friend.

Maybe it’s even deeper than it seems. Maybe tucked deep down in Zayn is a darker man who’s much more in line with Owens than we all know? In saving Kevin Owens, maybe Zayn saw it as a chance to save himself as well, as a matter of fact, I’m sure that’s exactly what it is. I think I’m even more interested to see what Owens has to say promo wise than Zayn.

Looking at it from a meta perspective, this is the REAL Kevin Owens best friends storyline that he successfully pulled off with Chris Jericho last year. Both Zayn and Owens will be locked in to deliver some of the greatest character work each man has ever done, and this is a sign that maybe WWE actually does care about Sami Zayn no matter how many times they’ve beaten him like a drum.

Owens will continue his excellent career linear story arch that has led him from feud to feud almost seamlessly, and reach for the man he’s displayed his greatest chemistry with all at once. The possibilities range from owning the tag team division to Owens manipulating Zayn into a killer that does his bidding, or even the most extreme option…..Kevin Owens turning into a babyface.

This wasn’t about Shane McMahon, although seeds were planted when he dismissed Zayn on Smackdown, this is about Sami Zayn knowing Kevin Owens better than anyone, and we get to see a drastic change that could lead them to the promise land of Wrestlemania and beyond.

I thought Sami Zayn was our Ricky Steamboat. A career babyface who eventually would get his shot as a headliner, but produced most of his excellence just under that. This is a chance for him to flourish with new opponents, a new focus, and new purpose.

Can you say this turn is WWE admitting they failed with another face, why absolutely yes you could. Consider this a chance at a mulligan, because if Zayn eventually comes back to the side of good, he will have another chance to live up to his ultimate potential. Zayn is among one of the most talented wrestlers I’ve ever watched and was the true heart and soul of the early wave of NXT. But those days are over now, and he is set out to either make or break his career, with Kevin Owens…the same guy he’s always done his best stuff with. It’s a stroke of brilliance, and couldn’t come at a better time.

Rich Latta is a Senior Contributor to SocialSuplex.com and Host of the One Nation Radio Wrestling Podcast. Paul Ordnorff whooped Vader in Flip Flops, never forget. Send him a tweet @RichLatta32 or drop a comment below.