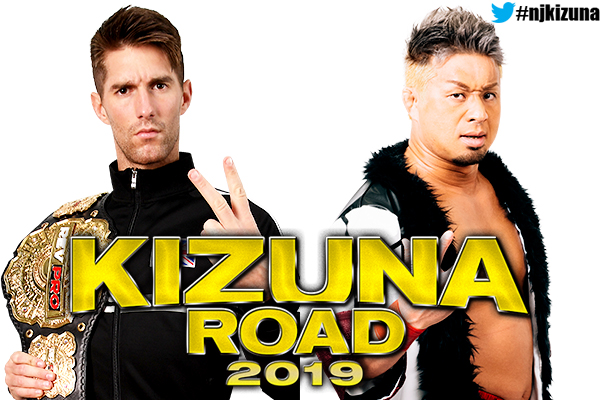 TenCozy is back and they will be wanting to try and get back into the IWGP Tag Title scene. Their opponents are fellow Third Generation Member Yuji Nagata and Young Lion Yota Tsuji who has been getting better and better with every show.

Prediction: TenCozy pick up the win with Kojima Pinning Tsuji

Our next match sees L.I.J taking on Team Ibushi, L.I.J have 4 members in the G1 (Naito, SANADA, EVIL, and Shingo) while Ibushi the only member of his side in the G1, with both Umino and Narita on Ibushi’s Team, expect one of them to get pinned.

Prediction: L.I.J pick up the win with Shingo pinning Narita

Our next match sees the current IWGP Tag Team Champions take on Former US champ Juice Robinson and Mikey Nicholls (Sigh). With these two teams facing off at Southern Showdown they could have Juice and Mikey pick up the win which could lead to that match become a Tag Title Match which would be fine enough this match could be good depending on if everyone is motivated.

Prediction: Juice and Mikey pick up the win with Juice Pinning Tanga

Our next match sees CHAOS/Taguchi Japan team up to take on the Bullet Club. With both Tanahashi and Jay White in the G1 both want to make their claim that they will win the tournament, while SHO and YOH hope to get back on track following them losing the Tag Belts to ELP and Ishimori.

Our next match see’s another CHAOS/Taguchi Japan team up take on Suzuki-Gun, Suzuki is on a rampage with not being in the G1 (a shocker to say the least) and no one is safe (especially all the Young Lions including the ones from the US and Fale’s Dojo) Expect a brawl and a Suzuki-Gun jump start.

Our first title match sees the “HDBNGR” El Phantasmo defend against one/third of the NEVER Six Man Tag Champs Ryusuke Taguchi. This is there second ever singles meeting with the last being this year’s BOSJ where Taguchi came out on top. This tour has seen ELP and Taguchi clash multiple times.

First when Taguchi came out to save SHO and YOH when ELP and Ishimori planned to lay waste to them before Taguchi made the save. Then the following night Taguchi along with Yano and Makabe retained their NEVER six-man titles against ELP, Yujiro Takahashi and Chase Owens.

This should be a great match with ELP getting another chance to show everyone he is a great wrestler. Expect a solid match from these two and many butt moves from Taguchi.

Our main event sees “The Submission Master” take on YOSHI-HASHI for The RevPro British Heavyweight Championship. This is their second ever singles meeting with the first being at the 2017 G1 Climax where Zack would pick up the win. Zack since winning the title from Tomohiro Ishii at WrestleKingdom has had successful defenses against PAC (losing by DQ), Shigehiro Irie, James Mason and most recently Hiroshi Tanahashi at G1 Supercard.

He takes on YOSHI-HASHI who has not had the most successful of years apart from making it to the New Japan Cup Quarter Finals. He has been quiet and it shows with him not being in this year’s G1.

However, this has put a fire under YOSHI-HASHI and during this tour in an Elimination match, he eliminated both Taichi and ZSJ and cut one of his better promos saying he will take the British Heavyweight Championship and Zack’s G1 Spot. Can “The Headhunter” do as he says he will or will he fall to Zack Sabre Time?

And that’s it for me today. My next post will be a G1 Preview. Till next time Goodbye and Good Night BANG.