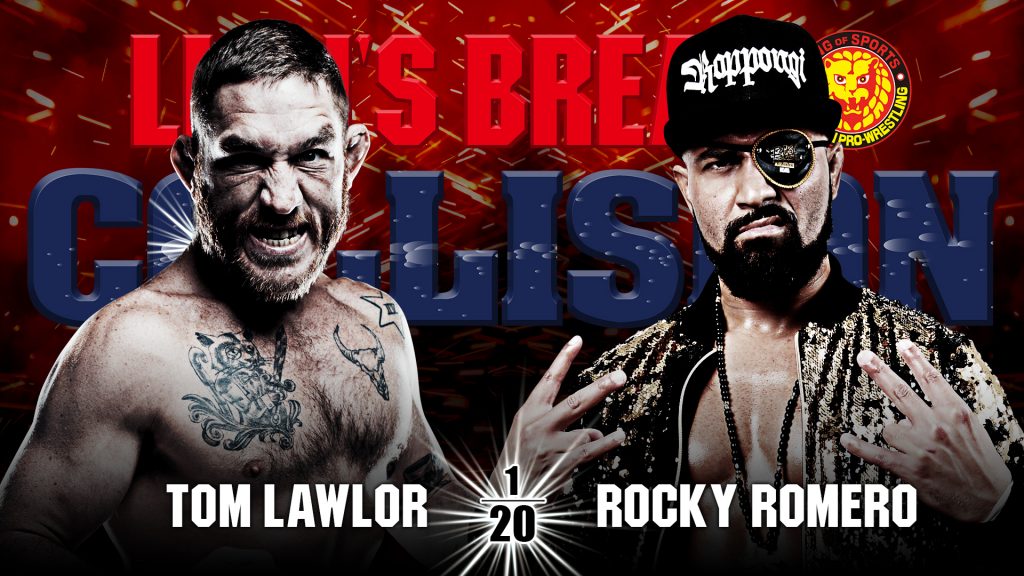 Muzza here with a first of what should be weekly previews for Lion’s Break Collision starting with Episode 3.

Misterioso and The DKC vs. Karl Fredericks and Clark Connors

The first match is a tag team match, which sees the Lion’s Break Collision debut of Misterioso. For those who don’t know or have not seen Misterioso, he is a luchador based in LA and is a 9-year veteran. He is most noticeably appeared in Dragon Gate in 2017 and 2019 for a couple of tours before debuting in New Japan in late 2019. He wrestled on the Lion’s Break Project 2 shows and on the 2020 New Beginning in USA tours facing the likes of YOSHI-HASHI, Yujiro Takahashi, Yuji Nagata, and Ren Narita.

Misterioso will want to make an impact just like his tag partner The DKC. The DKC is another man who from the indy scene but only has 2 years of experience. He looked decent when he made his debut last week in a losing effort to Rust Taylor. Misterioso and The DKC take on the LA Young Lions of Karl Fredericks and Clark Connors.

Karl made a big impact on episode one by pinning Rocky Romero and having a post-match confrontation with Jeff Cobb. Clark Connors meanwhile will also want to get to winning ways after a time limit draw two weeks ago against Alex Coughlin. This should be a fun opener to the show and will get to see what everyone has got to offer.

Prediction: Misterioso and The DKC

The main event will feature the debut of “Filthy” Tom Lawlor. Tom Lawlor without a doubt is the biggest indy name NJPW brought in for these shows, Tom Lawlor is a former MMA fighter who fought in the UFC and has beaten the likes of C.B. Dolloway (Submission), Patrick Cote (Decision), Mayhem Miller (KO) and Gian Villante (KO). He is also a former MLW World Heavyweight Champion and has victories over likes of Low Ki, Timothy Thatcher, and Davey Boy Smith Jr.

This is a big match to make his debut and his opponent is no slouch either in Rocky Romero. No introduction really needed for the former IWGP Junior Heavyweight, NWA World Junior Heavyweight Champion, 8-time IWGP Junior Tag Team Champion, and 3 time ROH World Tag Team Champion. Rocky will be wanting to get back to winning ways after taking the fall in the tag match two weeks ago against Karl Fredericks and TJP. This should be interesting as Romero does have some MMA experience (a record of 0-1 but still something) and both have Jujitsu backgrounds. So this should be a fun clash between two very good performers.