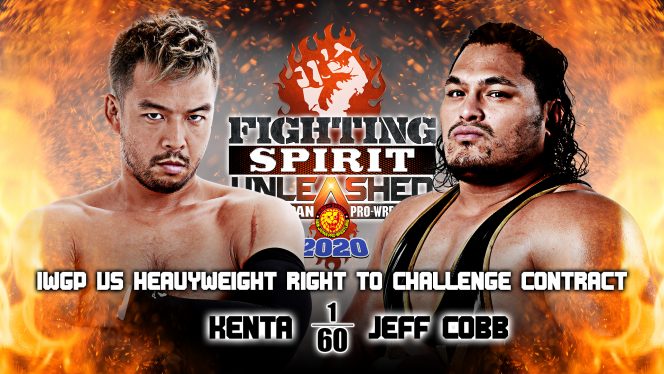 ACH and TJP vs. Adrian Quest and Logan Riegel

The first match features 4 Junior Heavyweights facing off in tag team action. ACH has been on a losing effort since returning, meanwhile TJP has been on nearly every show and has been fun to watch. They take on Adrian Quest who has won in the last two NJPW Strong multi-man matches. His partner, Logan Riegel, made his debut on Strong in a winning effort in a tag match. This should be a fun opener to the show and will be interesting to see which team comes out on top.

Prediction: TJP and ACH pick up the win.

The next match sees Rocky Romero taking on Danny Limelight. These two have been having a bit of tension. Romero has been wanting to take Limelight under his wing but Limelight wants to make it on his own. Romero till recently was winless but picked up a tag team win with Adrian Quest over Danny Limelight and The DKC. Limelight has mainly been trying to find his footing but has recently gotten a singles victory over Jordan Clearwater at Road To Fighting Spirit Unleashed. This should be another fun Junior Heavyweight match up and could be a dark horse for best match of the night.

In the semi-main event, David Finlay will team with PJ Black to take on the 6-time IWGP Tag Team Champions in Guerillas Of Destiny. While Juice Robinson prepares for the G1, his tag partner continues to feud with G.O.D. A feud that has been going since Wrestle Kingdom. His partner, PJ Black, is a man who helped David Finlay get his career going in South Africa. On paper, they look like they can be a strong team and could pick up an upset win over the tag champs.

Prediction: G.O.D pick up the win.

The main event will be KENTA defending his New Japan Cup USA Contract against Jeff Cobb. This match came about following KENTA’s New Japan Cup USA victory over David Finlay. After KENTA won, Cobb attacked him and challenged him for the contract. Cobb also wants revenge on KENTA because cheated to beat Cobb in the Semi-Finals. KENTA will be wanting to make quick work of Cobb before then dealing with the G1. Same with Cobb who looks to make a big impact. If Cobb wins, he’ll get a chance to get a bit of payback on Moxley for losing to him at G1 and on AEW Dynamite.

Prediction: KENTA picks up the win.