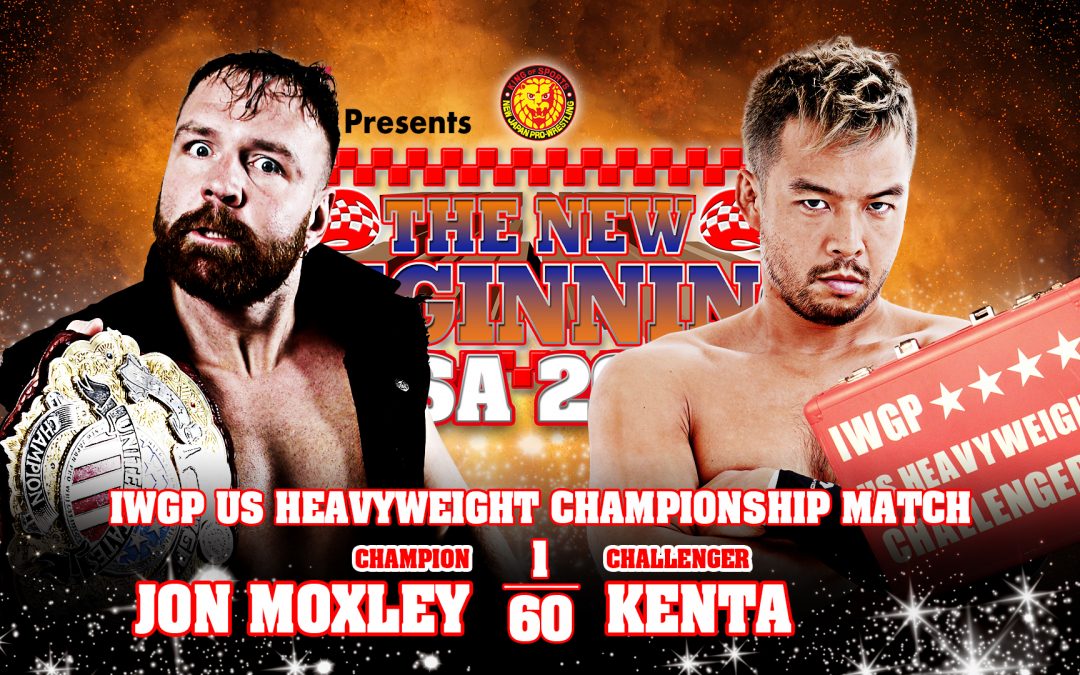 We open the show with an 8-man tag match. It will be Team LA Dojo featuring original LA Dojo member TJP and current LA Young Lions Clark Connors, Kevin Knight, and The DKC taking on Brody King, ACH, and The Riegel Twins. Not much story to this match, just a fun 8-man tag with the LA Young Lions getting another chance to show what they can do. For some people like Brody King, ACH, and TJP, a chance to get a win under their belt and perhaps establish themselves as the next challenger to the IWGP United States Championship.

The next match sees Ren Narita take on “Dirty Daddy” Chris Dickinson. This match comes about following a tag match between Narita and TJP vs. Dickinson and Limelight. In that match, Team Filthy picked up the win, and Narita and Dickinson had a heated interaction after the match. Both men picked up decisive wins at Lion’s Break Contender, with Narita beating Bateman and Dickinson beating Romero. For Narita, this is another big test for him against a known Indy Wrestler in Dickinson. As for Dickinson, another win here would help boost his chances of getting a future US title shot as he does have a history with Moxley from Bloodsport.

Our main event is a big one. The first proper title defense on NJPW Strong as Jon Moxley defends against the IWGP US Title Briefcase holder KENTA. This came about when KENTA won the New Japan Cup USA 2020 and earned the Briefcase. Since then, he has defended it against Jeff Cobb, David Finlay, Hiroshi Tanahashi, Brody King, and Satoshi Kojima. Then at Lion’s Break Contender, Moxley made his long-awaited return to NJPW and attacked KENTA. KENTA got payback attacking him on AEW Dynamite, kicking open the forbidden door. The following week he teamed with Kenny Omega to beat Moxley and Archer in a Street Fight. Since they both had interviews with Kevin Kelly about this match.

They have hyped it to be the biggest match happening. I feel this match could very well deliver. Moxley will bring his A-Game, and KENTA with the right opponent can have a great match. The question is, will Moxley be making more appearances on NJPW Strong or perhaps take a tour to Japan? Or is this just a match so KENTA can bring the belt back to a full-time New Japan talent? You’ll have to watch and find out. Either way, This is a match you need to come and see.