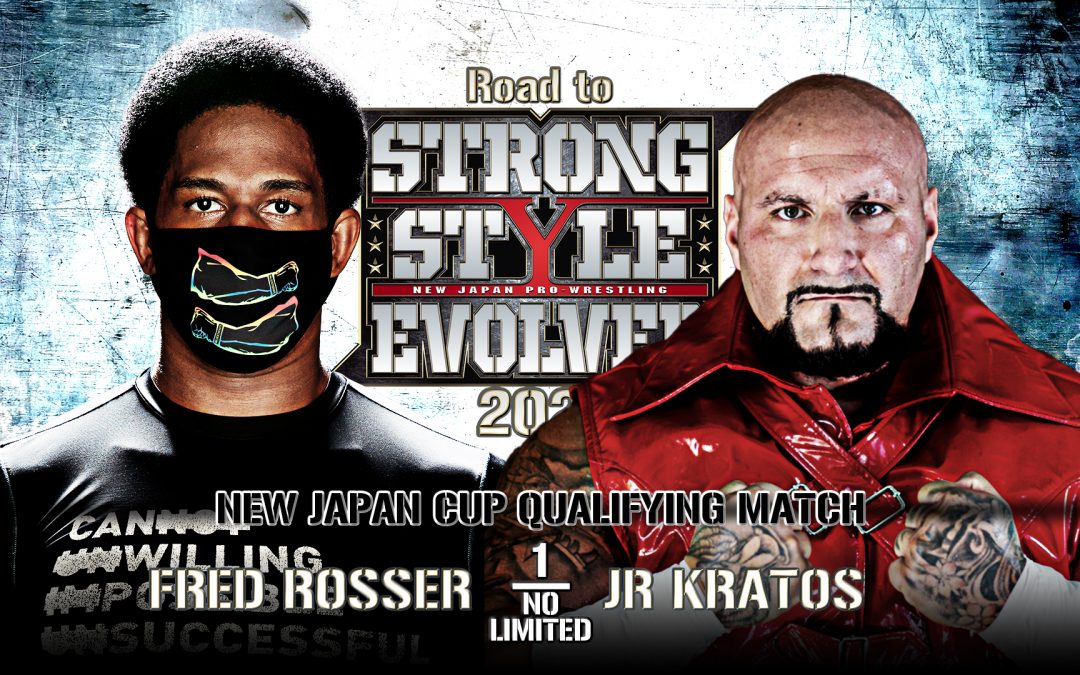 Our opening match sees Adrian Quest and Barrett Brown team up to take on the Riegel Twins. The Riegel Twins have had mixed success as a tandem going 3-3 all-time in New Japan in straight tag matches, the last match being a win over Jordan Clearwater and Kevin Knight at Road To Lions Break Contender. Barrett Brown has been struggling lately, going winless in his previous six matches on Strong. Tonight he teams with someone who was part of the last time Brown won in an eight-man tag along with Blake Christian and Misterioso in Adrian Quest. Quest has won his previous two matches in tag action and hopes to continue this run of form and help Barrett get his feet up and back on track with a win.

The New Japan Cup USA Qualifiers continue as Jordan Clearwater takes on HIKULEO. Clearwater will be looking to take an ample opportunity here by upsetting someone who could be a favorite to win it all in HIKULEO. After suffering his first pinfall loss on Strong to Fred Rosser, HIIKULEO will be looking to get back on track with a vengeance. He will be looking to make short work of Clearwater, who has yet to win a singles match on Strong. But “The Golden Boy” has improved a lot since his debut, and this will be a tough test for him, no doubt. Still, HIKULEO will head into this the considerable favorite.

Prediction: HIKULEO picks up the win

Our main event sees Fred Rosser takes on Team Filthy’s JR Kratos. Fred Rosser picked up a big win at New Beginning in the USA, beating HIKULEO, and now hopes to qualify for the New Japan Cup USA. Standing in his way is a big problem in JR Kratos. Kratos has been on a hot streak in New Japan and outside of New Japan with wins over Jordan Clearwater at Road To New Beginning in the USA and over Alex Coughlin at Bloodsport. With this, can he beat Fred Rosser? Team Filthy has always beaten Fred Rosser in a 0-3 record in all match types. So can JR Kratos continue this trend, or will “Mr. No Days Off” enter his first New Japan Cup USA and with him be a potential favorite to win the whole thing and face Jon Moxley for the US title at a future date.