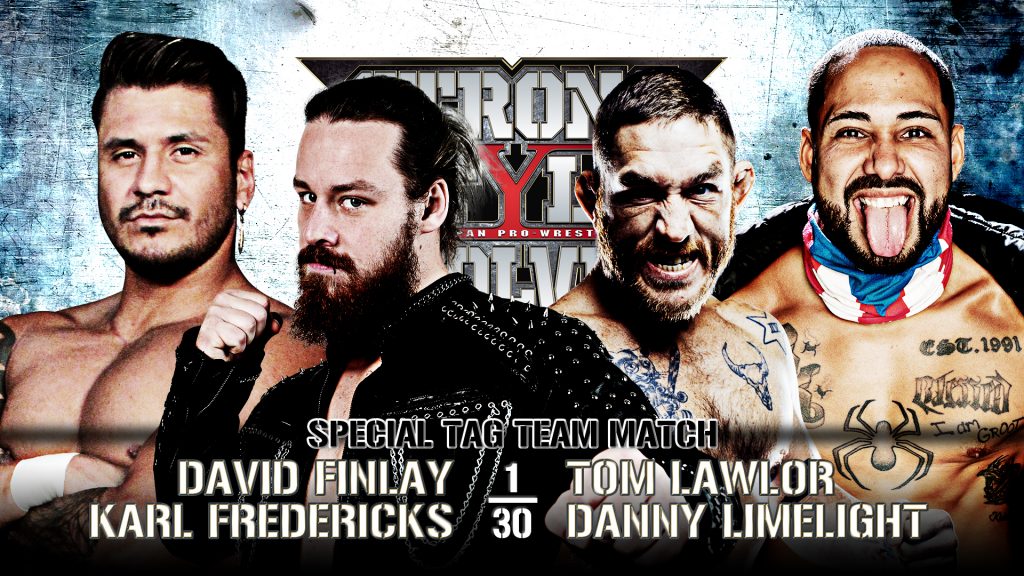 Our first New Japan Cup Qualifier of tonight features Clark Connors taking on TJP. These two have a lot of history in New Japan. TJP and Connors are a semi-regular tag team and competed in the 2019 Super Junior Tag League. Both have had major singles experience as well. They each competed in 2020’s Super J-Cup, and Clark Connors won the Lion’s Break Crown. With Ren Narita already qualified, Connors will want to become the second of the LA Dojo to qualify for the tournament. However, the now-former multiple-time Impact X-Division Champion in TJP will have the advantage.

Prediction: TJP Picks up the win

Our next New Japan Cup Qualifier sees Blake Christian taking on “Dirty Daddy” Chris Dickinson, Blake Christian is making a surprising appearance since he is signed by WWE. One can assume this was taped before he signed. Blake Christian has a lot of Tournament experience in New Japan. He competed in the Lion’s Break Crown and Super J-Cup 2020.

After a strong debut in 2021 and a singles win over Rocky Romero, Chris Dickinson has sort of went down the pecking order. A shock defeat to Ren Narita did not help him. So a win here will be hugely needed for him. As for whom I think it will be, my call is on Chris Dickinson, who could end up facing his stablemate Tom Lawlor, which would be a great match to watch, but stranger things have happened, and Blake Christian could easily pick up the upset win.

Our main event sees one-half of the Impact Tag Team champions David Finlay team with “The AlphaWolf” Karl Fredericks to take on the leader of Team Filthy Tom Lawlor and Danny Limelight. David Finlay comes back to Strong after a career-making performance in the New Japan Cup with wins over Chase Owens, YOSHI-HASHI, and biggest of all, Jay White before losing to Will Ospreay, but this absolutely puts a lot of spotlight on Finlay, who now will want to continue the momentum with a win here.

And teaming with the best of the LA Dojo in Karl Fredericks is a good start, Fredericks in my opinion, the biggest omission from the New Japan Cup Qualifiers, will want to make a big impression here with a win to show everyone why he is the Alpha of the LA Dojo, Tom Lawlor having already qualified for New Japan Cup USA will want to get the win to keep his momentum into the tournament going. With Danny Limelight as his partner, who has been getting more and more time on AEW, he’ll be feeling confident he’ll win what is sure to be a fun main event.

Prediction: Finlay and Fredericks pick up the win.