The Resurrection of 205 Live 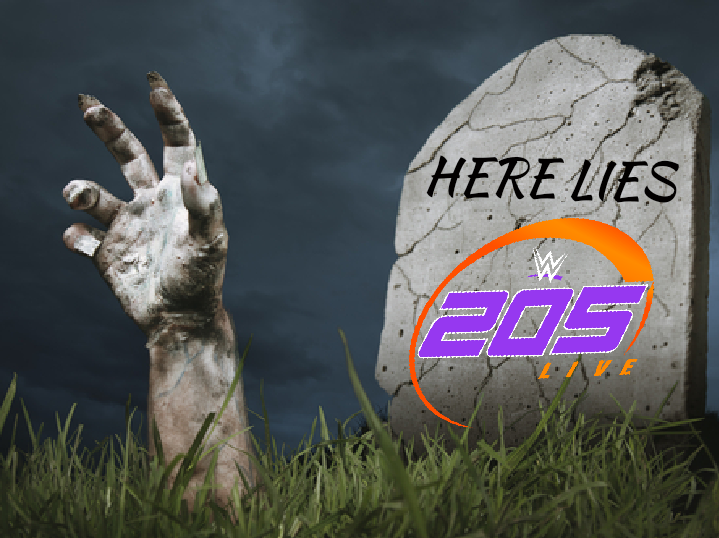 These were the words spoken by Daniel Bryan on the first episode of 205 Live after the 2018 Royal Rumble. It was also, most likely, the first episode where the creative team was able to write a show, from start to finish, without dealing with the sudden exit of the Cruiserweight Champion at the time, Enzo Amore. To be fair to WWE, it would have been unreasonable to critique the episode that aired immediately after short (and long) term creative plans were so abruptly altered.

With regards to what was all but promised by Bryan, the question I pose is this; has WWE delivered? Has the transfer of creative powers from Vince McMahon to HHH rescued 205 Live from the clutches of Death? If the last three weeks are an indicator of a permanent standard in quality going forward, then the answer to that is an easy yes.

For a sizable chunk of 2017, the show offered strongly booked programming, centered around the tyrannical champion Neville. 205 Live was a simple and smartly written hour of professional wrestling television; grueling, high flying matches, with enough commitment to character to appeal to both fresh eyes as well as loyal viewers.

This all changed when Vince McMahon and Company opted for a more “Raw Lite” feel to the show. A lengthy promo from the heel champion, Enzo, was a regular opening segment. Amore would also frequently close proceedings with yet more uninspired angles. In between, his minions would appease their leader in many sycophantic ways. The wheels fell off the track for me with this continuing program in particular, as it wasn’t that long ago when every 205 Live roster member, hero or villain, was literally queuing up to deliver their signature move to Amore for his sullying of the Cruiserweight Division’s credibility.

I won’t touch on the reasons for Enzo Amore’s release from WWE, as that’s another conversation for a different setting. However, from a television quality standpoint alone, I’ll admit to being relieved that The Certified G would no longer be clogging up 205 Live, a show that I used to look forward to more than others every week, but had quickly earned my ire with Amore at the forefront.

With the “reboot” episode, I believe that Daniel Bryan’s words were an admission of guilt on behalf of WWE for the wrongs they committed over the last few months. The excitement I felt from Bryan’s mission statement was further enhanced with the introduction of the instantly likable Drake Maverick, a man who looked so happy to be the General Manager. His enthusiasm was infectious from the get-go, and it continued to be the case, thanks to his various interactions with the roster throughout the last three episodes. What is specifically interesting is his calling out of the show’s bad guys; TJP, Drew Gulak, Tony Nese, and most recently, Jack Gallagher.

Within the confines of WWE fiction, it’s refreshing to see a General Manager not be afraid to give their critical opinion of an antagonist; a far cry from the confusion that surrounds Smackdown Live’s power struggle between Daniel Bryan and Shane McMahon. It genuinely feels like Maverick has personally taken upon his shoulders the responsibility of turning the show around for the better. So far, I would say he is doing a pretty good job.

Another improvement is how WWE is reminding the viewer that there are other wrestlers on the roster through short “selfie” videos that detail that character’s intentions in the Cruiserweight Tournament that will see the winner wear the vacated title at Wrestlemania. Try as one might, it’s hard to get everyone on TV every week, especially as a lot of the focus in the last few months was on a select few, so kudos to management for this small tweak.

With regards to the current format of the show, there aren’t many other forms of competition I enjoy more than a good old-fashioned knockout tournament. This gives all the wrestlers involved a new goal to aim for. A fresh outlook and direction in their career. Many great stories have been told over the years in various different tournaments, whether it was Bret Hart’s “Iron Man” performance in 1993’s King of The Ring, or even as recently as TJP’s inverted knee-bar submission claiming victims all the way throughout his victorious Cruiserweight Classic campaign.

It’s no different here in this current tournament. It is only still the first round, but already there have been interesting developments.

Two-thirds of the lucha contingent, Kalisto, and Lince Dorado, squared off in an entertaining aerial bout. If these men are part of an official stable alongside Gran Metalik, then Lince’s grace in defeat might speak of a loyalty between the men in an attempt to make their presence more strongly felt in the future.

TJP, fed up with his losing streak, has resorted to taking shortcuts in order to advance through the tournament with a pull of the tights helping him defeat Tyler Bate. This character trait is in keeping with his recent over the top petulance. From being a dogged and dominating force in the CWC to what we see now is a compelling “TJP vs the World” angle.

Additionally, Mark Andrews gained an upset win over Akira Tozawa, who most would have assumed to advance far in the tournament. Could Mark Andrews have a long run, playing the plucky underdog that he has portrayed so well over his career, most recently in WWE’s United Kingdom branch?

Lastly, from the matchup I was looking forward to immensely, fans witnessed a surprising evolution in Drew Gulak’s character. He has been the comic relief on 205 Live for some time, but the very competitive match between Tony Nese and himself brought out a nasty and violent side we haven’t really seen before. As entertaining as his segments have been for months now, it looks like Gulak has put the days of Powerpoint Presentations behind him. Where Gulak goes after this, and who will face his wrath in upcoming rounds, has definitely peaked my interest in a man whose character I sometimes worried had a shelf life.

These are some examples of the compelling stories told so far in the tournament. And we are still a long way to go before all is said and done. If any of the above angles are explored further, it could be an exciting time ahead.

Before this reboot, the quality of matches had also decreased somewhat. The wrestlers’ hearts didn’t seem to be in it as much as when Neville was around. This was evident when all the 205 Live stalwarts were losing time on the show to someone who was very much an outsider. Enzo Amore may have been able to compete as he was within the required weight limit, but he simply wasn’t what wrestling purists would consider a “cruiserweight”. I wonder if this stealing of the spotlight left other roster members with less motivation to give it their all in the squared circle.

However, with a fresh focus again on the in-ring action, as mentioned by Daniel Bryan above, the likes of wrestlers such as Cedric Alexander, Mustafa Ali et al get a chance to really shine.

Back in the “Neville era”, I was always of the opinion that the Tuesday night show would consistently put on a main event that wouldn’t look out of place on a main roster PPV (or Network Special as they are now more commonly known), thanks to the quality of wrestling and commitment to character shown each and every week. So far, it looks like we are going back to that formula that worked so well in the first place.

This opinion is further cemented with the recent matchup between Roderick Strong and Hideo Itami. This was simply a battle of who could hurt their opponent the most. It didn’t disappoint in that regard. Many have gone so far as to rank it as one of the best 205 Live matches to date. It was certainly Itami’s best outing for a long time, in my opinion, and that includes his somewhat cursed tenure in NXT.

If the next few weeks on the road to Wrestlemania offer the same quality of hard hitting and high flying action, coupled with commitment to character development of the wrestlers involved in the tournament (even those who have already been eliminated, cleanly or not), then it’s safe to say that 205 Live will be back to a standard that looked out of reach following Neville’s sudden departure from television.

A small part of me is still worried though. I’m still ever so slightly concerned that, somewhere along the way, it will resort back to the disappointing format and quality of wrestling it, unfortunately, became infamous for.

However, if HHH has indeed taken over creative responsibilities of the show, and if he puts in close to the same amount of effort as he does with NXT, then I can put my worries to the side. It’s still very early on in its return to form, but this could be the resurrection of 205 Live that longtime fans of the show have been desperate for.

How do you feel about 205 Live since its reboot? Are you optimistic or apprehensive? What do you think Drake Maverick has brought to the show? Feel free to drop your comments here or wherever you read this on social media. You can find me on Twitter and in Social Suplex’s Facebook group.