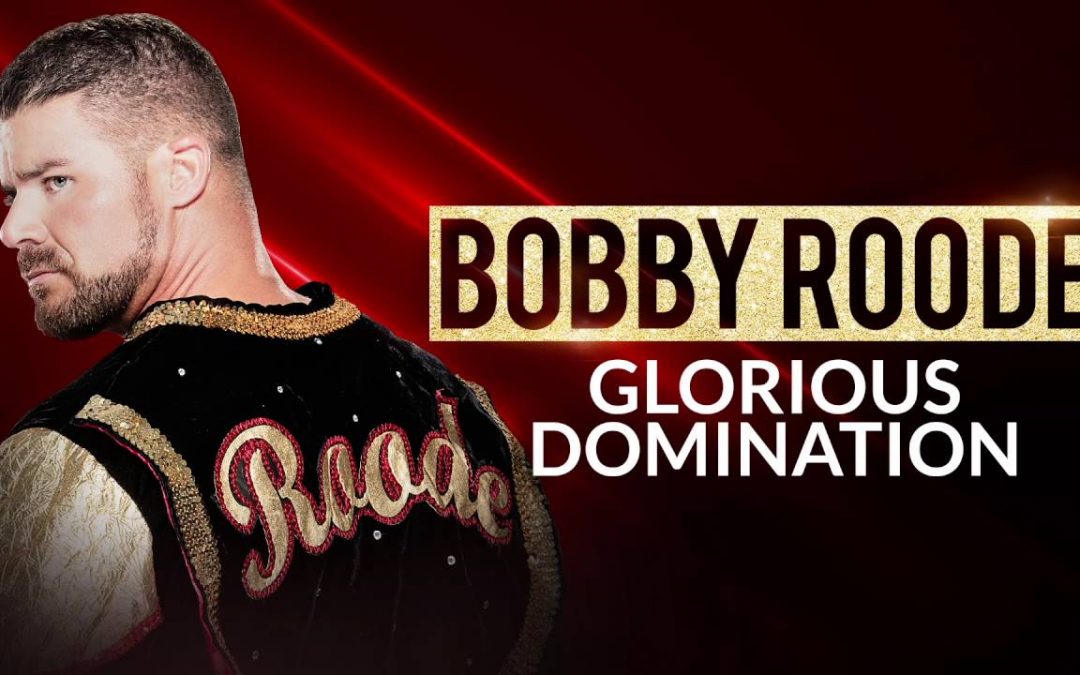 When you think back, what enamored you as a child when watching wrestling? Was it the intricate storylines? Was it the great commentary?  Or Was it the grand stage and spectacle that is WrestleMania? Granted these things helped drew people in but me personally, what my fondest memory as a child was is the music. The sheer excitement and suspense of hearing your favorite wrestlers theme music is something you can’t explain, only experience. From the opening guitar riffs of “Real American” from the sound of shattered glass, there’s nothing that can set a mood like great entrance music. A lot of people focus on gimmicks, physique, attitude, hell even in ring talent, but it’s a great theme that can make or break a star. Some may disagree but you try playing Stone Cold’s theme and walking through a mall and not have the temptation of flipping everyone off and passing out a few stunners on the way.

There’s a reason why professional athletes mimic and borrow from sports entertainers. It just puts you in that zone and it allows you to display that side of you that goes back to being that kid who just wanted to be that guy you saw in that ring being larger than life. We’ve come a long way from the 80’s early 90’s flush of guitars and snares to the mid 90’s boom of attitude with wrestlers using licensed artist themes to today’s age of unique music themed and tailored for a wrestler that are distinctly for them. Greats like Jim Johnson made us love our favorite wrestlers like Stone Cold, Bret Hart along with the Undertaker. CFO$ Took the ball and ran with it with themes such as “GLORIOUS Domination” and the “Rising Sun”. But what never fails is the fact that when your favorite wrestler’s theme hits, you’re supposed to mark out and its suppose to bring you out your seat. With that being said, this list is my top 10 “Current” themes in wrestling not only in the WWE but throughout wrestling in my opinion.

From the monotone, whimsical into the low piano, the theme starts off eerie and evil. You here that bass hit and you know something wicked is coming. Trickled in you get a couple of trademark “whoop whoops” and a deep growl with faint breaths in the background. Everything about his theme says villain and once you hear it you won’t get enough of it. 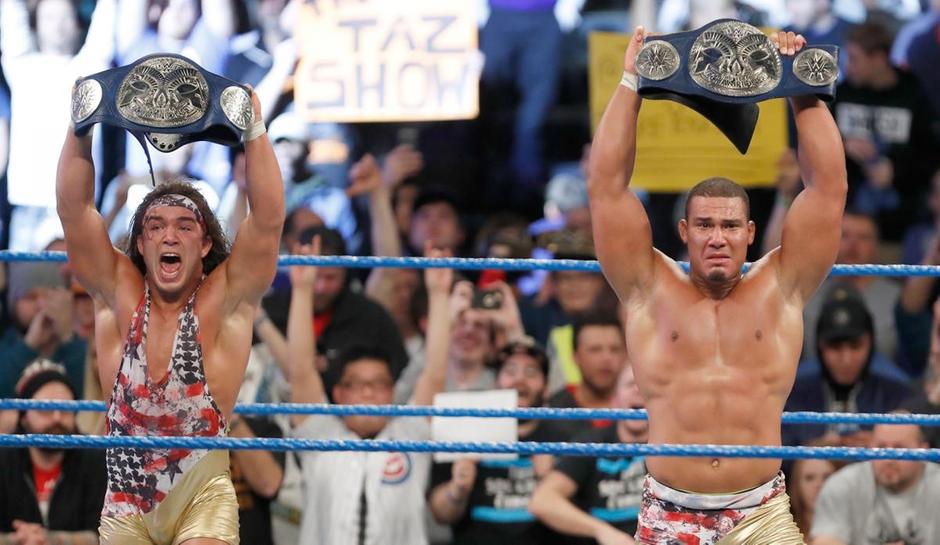 Branded as THE All-American duo, these incredible athletes bare such a strong Kurt Angle nostalgia vibe it’s ridiculous. What sets that off, even more, is this strong Olympic esc theme with a simple piano throughout the track that is only outshined by the strong horns at the bridge. When they walk out onto the ramp there’s only one thing you can see them as….and that is ELITE. 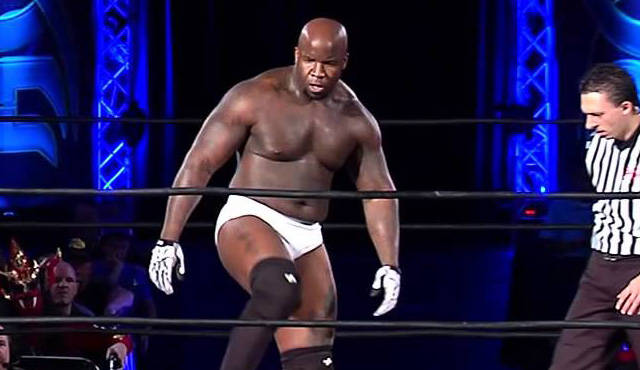 Most wrestlers nowadays have someone else make their theme for them. However, Moose went another route and not only created but trademarked his own theme. What he ended up with is a strong chant theme that could only fit the man called MOOSE. With a solo horn starting off the track, it’s only a matter of time before you realize something big is coming but by then it’s too late. What you get next is a loud, infectious Chant of “MOOSE” along with a strong baseline. As simple as it is it does its job, giving you that ultimate big fight feel and pumping adrenaline through you to the point you can’t help but chant along. 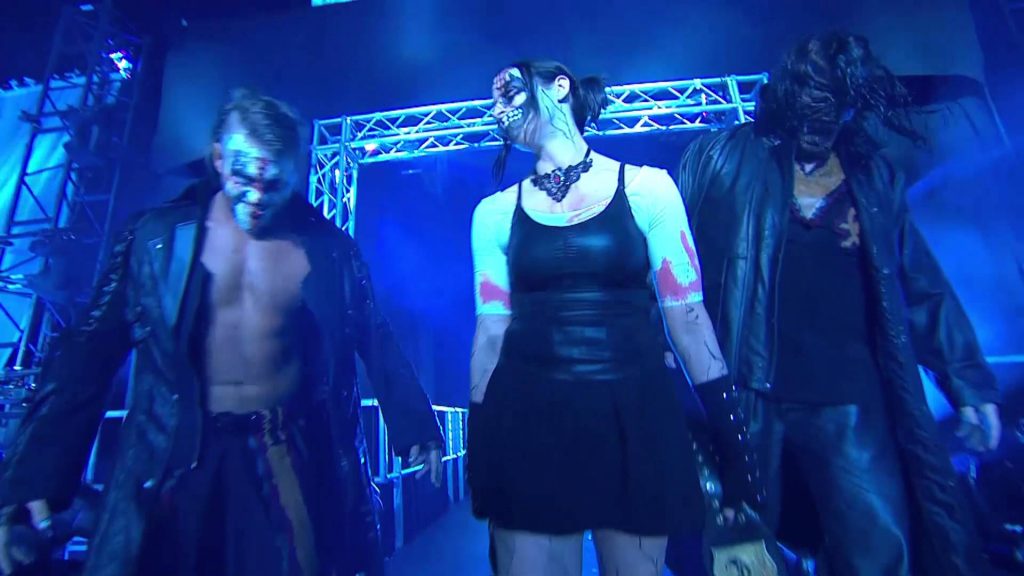 As I said before, In the mid 90’s a lot of wrestlers used licensed music and with the TNA stable their gimmicks come straight from that era so it’s only fitting they went that very route. With the sound of the theme alone you get this post-apocalypse, anarchy vibe and there is no other artist that evokes that feeling as well as Marilyn Manson. The steampunk intro followed by the eerie low voice of Manson leading into his scratch yelling it just screams horror yet a bit of sorrow still, sits within this great track. 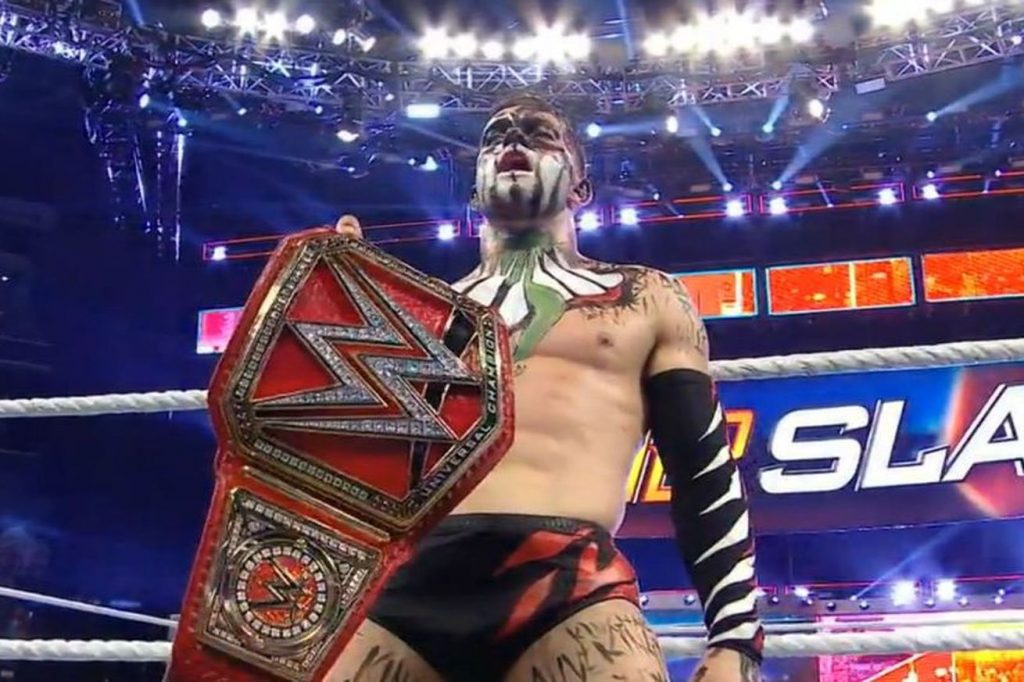 Starting off with that all too familiar slow heartbeat, followed up by a brief and strong inhale. Finn Balor’s theme just reeks of England and has this jack the ripper feel to it. After you hear the inhale in comes this set of robust guitar riffs followed with a long electric guitar cord and then comes the cherry on top. The organs drop in reminding you where he’s from while also giving you that brief moment to throw your arms up in unison giving a loud shriek along with the demon king himself. This accompanied by the visual of Finn’s demon persona it’s safe to say everything about this coupling is what makes a star. 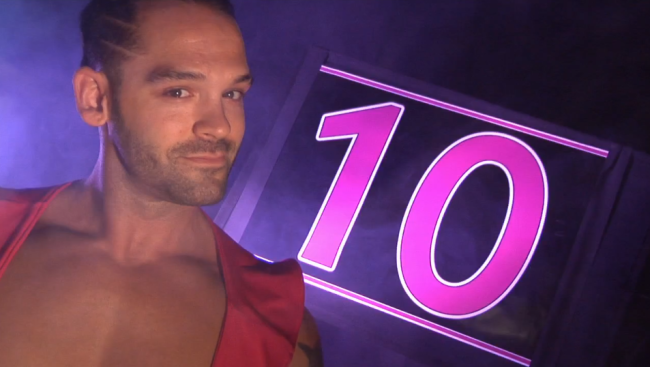 There’s only one word I can use to describe this theme for Tye Dillinger’s gimmick…PERFECT. With its steady yet fast build, it isn’t long until that titan like horns blare in and you automatically get the sense that what you are witnessing is utter greatness. With the name “The Perfect 10”, this theme most certainly makes him feel as such. The drums bring it to a whole other level only to set up a bridge that gives you a break in this awesome song. After hearing this there’s only one thing to say…”10,10,10,10,10,10!!”. 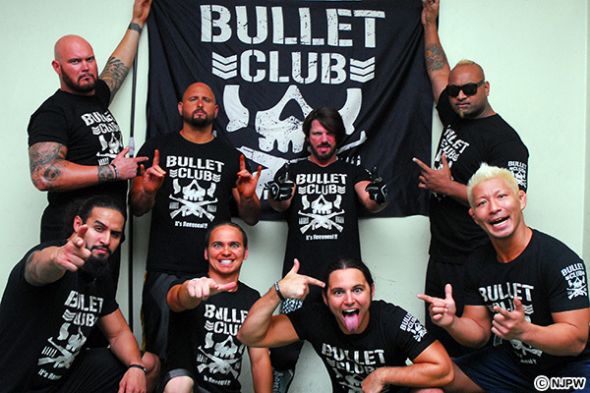 Such as the N.W.O. faction before them, the mood set by the sound of their theme music dropping just screams “here comes the bad guys”. The Bullet Club isn’t a carbon copy but more so an advancement, a reinvention of one of the greatest factions in the annals of wrestling. The moment you hear the words “Bullet Club – for life” echo to only be followed by the angry guitar riffs, you get that wild west, okey corral feel. The drums and snare follow giving you something steady to bop your head to. Though the lyrics are faintly distorted, you get the message clearly if you just listen. This Barrage of basic badassery (yeah, I made that word up) is nothing short of sweet, easily cementing bullet club as one of the top stables in not only NJPW but in all of wrestling. 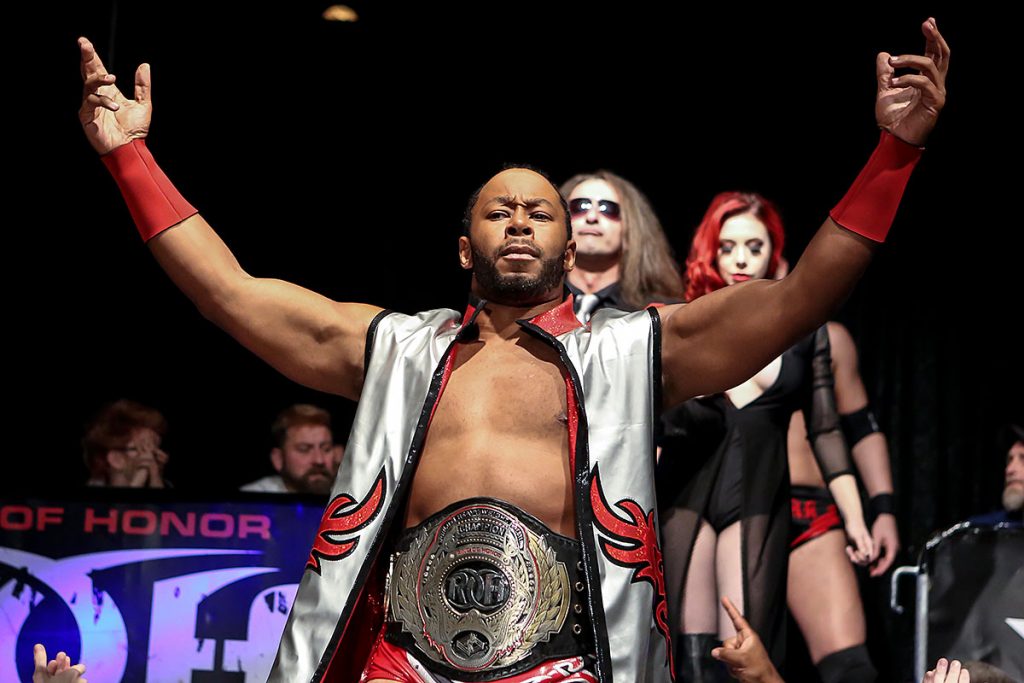 It seems like jay Lethal is always looked over at every aspect, As an in ring performer, as a mic worker, as a champion and even his entrance theme. This slow, methodical and downright nuclear sound is somehow on that line of evil and triumphant. It’s that type of music you imagine you here when you run into the main villain in a movie, what makes it that much more effective is Lethal’s egotistical yet confident approach to the ring. Even better is the word’s that ring out before the theme, “WE ARE THE HOUSE OF TRUTH!”, which couldn’t be more real seeing as though in the ring Lethal is the truth. He certainly warrants such a great theme and hopefully, it isn’t too long until he gets to display who he is to a larger audience. 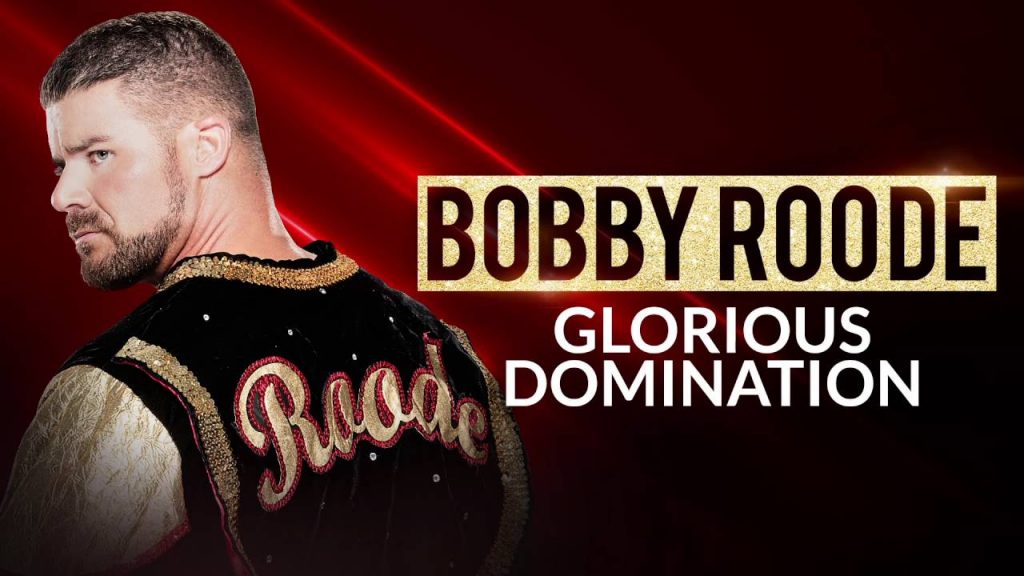 The piano taps key in…. You get a brief pause…and then….it happens. I know this selection is basically going to be frowned upon but no one can deny the feeling you receive when this song hits. Most people will argue “Oh it’s only two lines” or “it just repeats itself over and over”, Even though this may be true those are some of the things that make it that damn good. It’s this basic formula developed by the CFO$ that makes Bobby Roode’s basic flat gimmick work, ultimately making him a megastar before he even got into the ring to wrestle. Everything about this song makes its name true to the product and indeed it is by far, equivalently, undeniably…GLORIOUS! 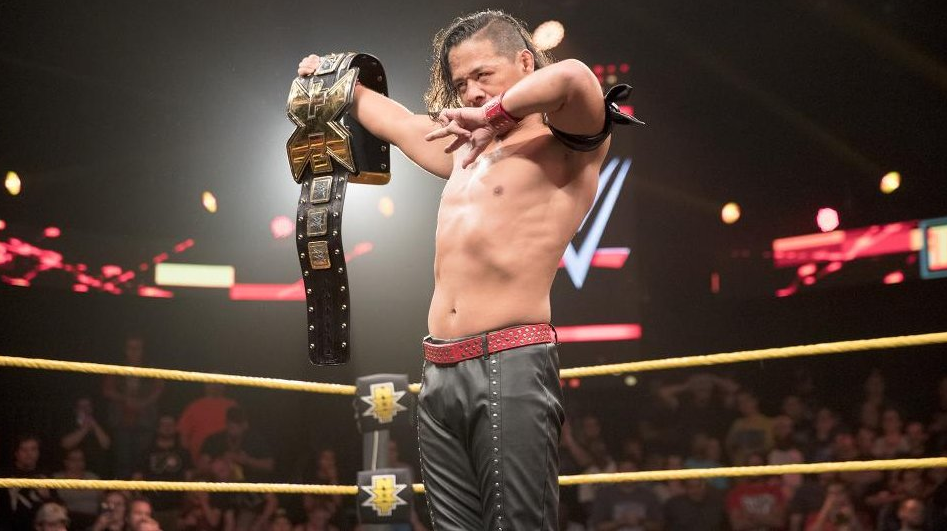 I don’t know where to start with this amazing theme, in my opinion, this is outside of maybe 5 other themes in wrestling history one of the most captivating, so well-tailored, instantly recognizable themes to every be used in wrestling. The word beautiful comes to mind when I attempt to describe the sounds layered throughout and shows that WWE’s music is in good hands for years to come. The darting, Short strings starting off track builds up the suspense and anticipation, right before the drums kick in building it even more before the strings let out a long, loud shriek. Then it happens, the violins kick in giving a very strong, mesmerizing oriental themes sound while the baseline keeps it urban. The combination of the two is beautifully intertwined giving you a mix that just sounds perfect for the king of strong style. With Nakamura playing the music with every move he makes coming to the ring, you really can’t imagine he every came to a wrestling ring to any other music. This song does for a wrestler coming from another promotion what a lot of others wish they could which is reinvented a star without that star ever falling. And when it’s all said and done, this is a theme that is going to be very hard to beat.