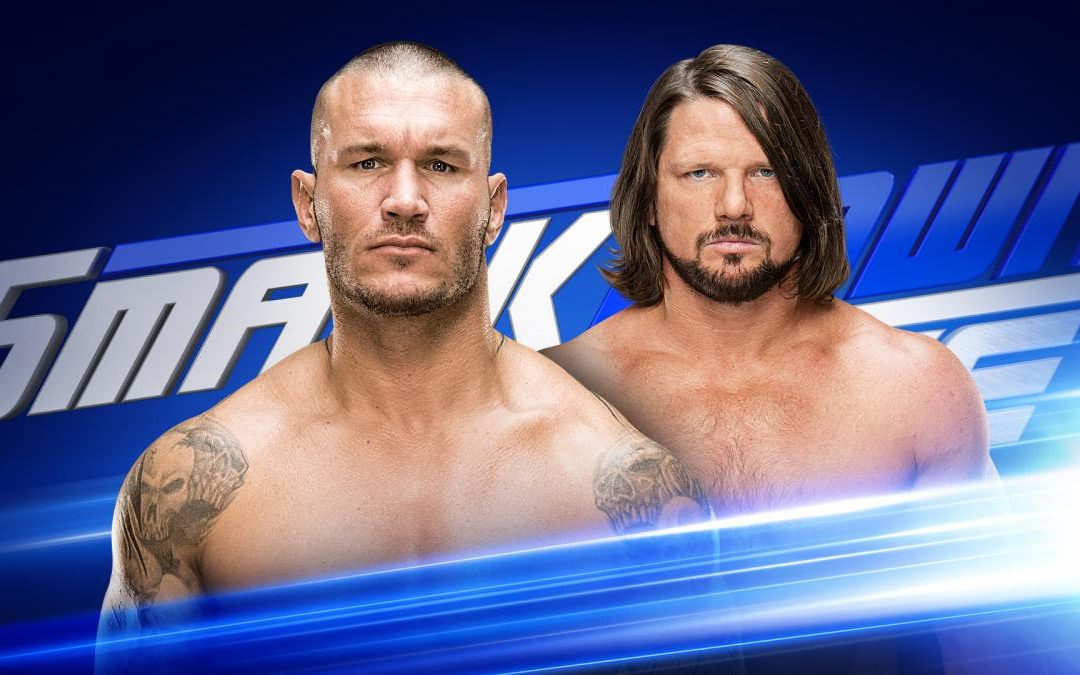 Welcome to Night 4 of my WWE Fantasy G1 Climax Tournament! If you are new to the new series catch up on Night 1, 2, & 3. Night 4 features the second round of the Smackdown Block.

Here are the current Smackdown Block rankings going into Night 4:

Luke Harper pulled an upset victory over Rusev. Harper looks to keep his momentum rolling as he faces “The Show Off” Dolph Ziggler. Ziggler is looking to get his first win of the tournament.

Match Highlights: Ziggler offers a handshake to Harper. Harper reaches in to shake Ziggler’s hand. Ziggler slaps Harper and screams “this ain’t Ring of Honor kid!”. Harper fires back with a huge European Uppercut. Haper hits a Sidewalk Slam for a near fall. Harper tosses Ziggler over the top rope. Harper quickly bounces off of the ropes and goes for a suicide dive. Ziggler superkicks Harper mid-dive. Ziggler gets Harper back in the ring and applies a Sleeper Holder. The referee checks in on Harper. The referee raises Harper’s hand and it falls. The referee raises it again and it falls. The referee raises it again. Harper starts “hulking up” and fights out of the Sleeper. Harper knocks Ziggler down with a Discuss Lariat for a near fall. Harper picks Ziggler up. Ziggler stomps on Harper’s right foot and then lands a dropkick for a near fall. Ziggler stalks Harper for a Zig Zag. Harper reverses the Zig Zag and drills Ziggler with a running big boot. Harper sets up Ziggler for a running powerbomb. Ziggler wiggles out and hits his jumping DDT and gets a near fall. Ziggler goes for the Zig-Zag again, but Harper shakes off Ziggler, Harper hits a superkick. Harper attempts the Discuss Lariat again. Ziggler ducks and hits the Fame-Asser for a near fall. Ziggler picks up Harper and whips him into the corner. Ziggler goes for a Stinger Splash. Harper moves and Ziggler goes crashing into the turnbuckles. Harper gets Ziggler up and delivers the running sit-out powerbomb for the three count.

Kevin Owens cheated his way to an upset victory over Randy Orton in the first round. Owens is now calling himself “The Legend Killer Killer”. Baron Corbin had a good showing against AJ Styles, but it wasn’t good enough to get the “Lone Wolf” a “W”.

Match Highlights: Kevin gets Baron in a headlock and screams “you’re not so tough!”. Corbin bounces Kevin off of the ropes and hits a big shoulder tackle. Corbin picks up Owens. Owens is able to get a rear waist lock on Corbin. He quickly transitions from the waist lock to a school boy and puts his feet on the ropes for leverage. The referee is in position this time and sees Owens’ feet on the ropes and breaks the pin. The referee threatens to disqualify Owens if he does it again. Owens turns around and is met with a big clothesline for a near fall. Owens rolls out of the ring and starts arguing with a fan in the front row. Owens rolls back in and is immediately hit with a Spinebuster for a near fall. Corbin goes for the End of the Days. Owens reverses and hits a DDT. Owens follows up with a running senton and gets a near fall. Owens attempts the Pop-Up Powerbomb. Corbin kicks Owens in the stomach and hits a chokeslam backbreaker for a near fall. Corbin whips Owens into the corner. Corbin charges in with a clothesline. Owens moves and Corbin crashes into the corner. Owens hits a Cannon Ball for a near fall. Owens yells at the referee “count faster you idiot!”. Owens turns around and gets hit with a Deep Six for a near fall. Owens crawls to a corner. He starts clinching his knee and screaming. The referee holds back Corbin and is checking in on Owens. Corbin pushes the referee out of the way and goes to attack Owens. As Corbin comes in, Owens grabs Corbin by the shirt and pulls him headfirst into the middle turnbuckle. Owens hits the Pop-Up Powerbomb for the victory.

John Cena earned a hard-fought victory over Sami Zayn in the main event of Night 2. Nobody expected Luke Harper to defeat Rusev in the first round. Rusev now has the tough task of defeating his old rival, John Cena.

Match Highlights: Cena goes to lock up with Rusev, but Rusev kicks Cena in the stomach. Rusev whips Cena into the ropes and Cena bounces back with a big clothesline. Rusev rolls out of the ring and Lana checks on him. Rusev gets on the apron and taunts the crowd. Cena wastes no time and hip tosses Rusev back into the ring. Cena follows up with a Fisherman Suplex and goes for a pin. Rusev kicks out at one. Cena picks Rusev up and attempts to whip him into a corner. Rusev reverses and whips Cena into the corner. Rusev follows up with a Stinger Splash. Rusev goes to the middle rope and delivers a diving headbutt. Rusev goes for a cover and Cena kicks out at one. Rusev picks Cena up and applies a Bear Hug. Cena fights out the bear hug and gets Rusev up for an Attitude Adjustment. Rusev fights out and lands a spinning heel kick. Rusev gets a near fall. Rusev drills Cena with a Bulplex and gets a near fall. Rusev goes for a running splash, but Cena dodges him. Cena hits two shoulder tackles and the spin-out powerbomb. Cena follows up with the Five Knuckle Shuffle. Cena gets Rusev up for the Attitude Adjustment. Rusev gouges Cena in the eyes and escapes. The referee yells at Rusev for the eye gouge and checks on Cena. Rusev goes for the Machka Kick. Cena moves at the last second and Rusev hits the referee with the Machka Kick. Cena checks on the referee. Lana slides Rusev’s flag to him. Rusev attempts to hit Cena with the flag. Cena ducks the strike and delivers Attitude Adjustment. Cena goes for the pin, but the referee is still out. Cena tries to wake the referee up while Rusev rolls out of the ring. Cena has no luck getting the referee up and goes outside to get Rusev. Lana starts yelling at Cena in Russian and slaps him. Cena laughs and says “is that all you got?”. Rusev pushes Cena into a ring post and then throws him head first into the steel steps. Cena is bleeding like crazy. Rusev gets Cena back into the ring and applies the Accolade. The referee is starting to get up and Lana tells him to check on Cena. The referee sees a bloody Cena in the Accolade. The referee quickly puts his black gloves on and is asking Cena if he submits. Cena passes out. The referee calls for the bell and awards the match to Rusev.

Both Nakamura and Zayn had great first round matches. Nakamura tasted victory, while Zayn suffered defeat. This is the first time these two men are facing each other since their epic encounter at NXT Takeover Dallas.

AJ Styles was able to defeat the “Lone Wolf” in the first round but didn’t leave the match unscathed. AJ’s back was the target of Corbin’s attack in their match. AJ has a history of back problems and could be a problem going forward into the tournament. Orton is in a foul mood after being screwed in his first round match against Kevin Owens.

Smackdown Block Rankings After Round 2: