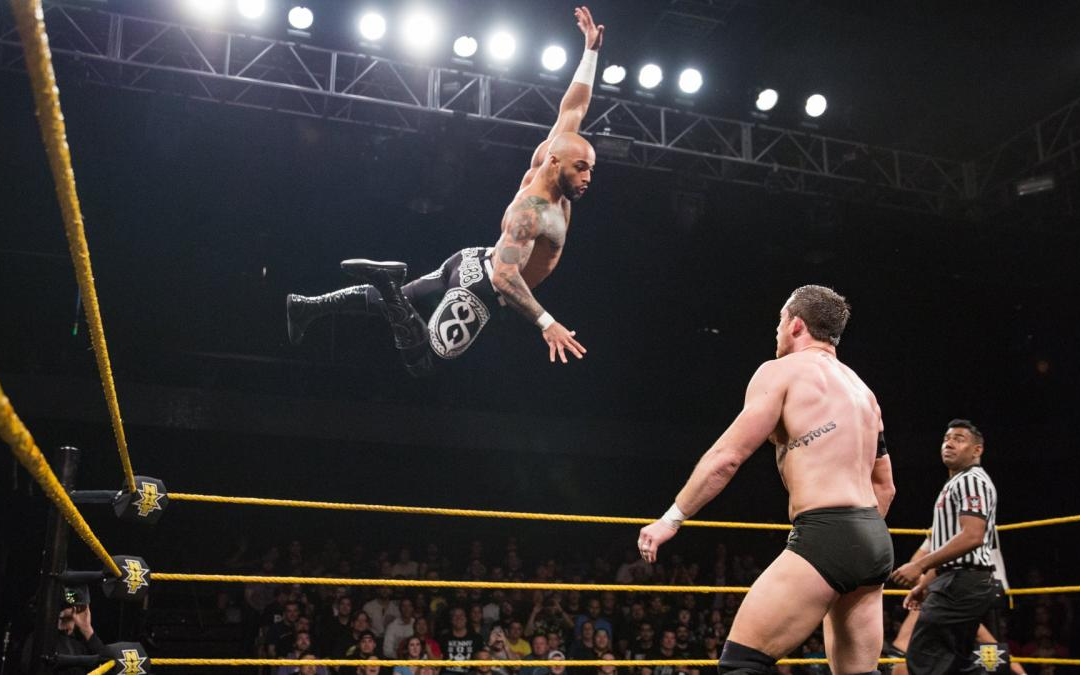 What’s up readers, it’s the most electrifying man in sports entertainment (blogging) back with another illustrious edition of the weekly NXT review. If you want to read the most factual truths ever written about a wrestling show, this is the blog for you. So sit back, crack a Steveweiser, and let the takes hit you. Also, it’s gonna get pretty spoiler-y from here on out, it is a recap blog, after all, so keep that in mind.

We opened the show with Aleister black cutting a promo, and as it turns out Lars Sullivan wrestled most of his Takeover match with a broken jaw. I’m not sure if that’s a storyline or a legit injury, but I’m going to believe it’s legit. It’s definitely more fun to believe Lars is that tough. 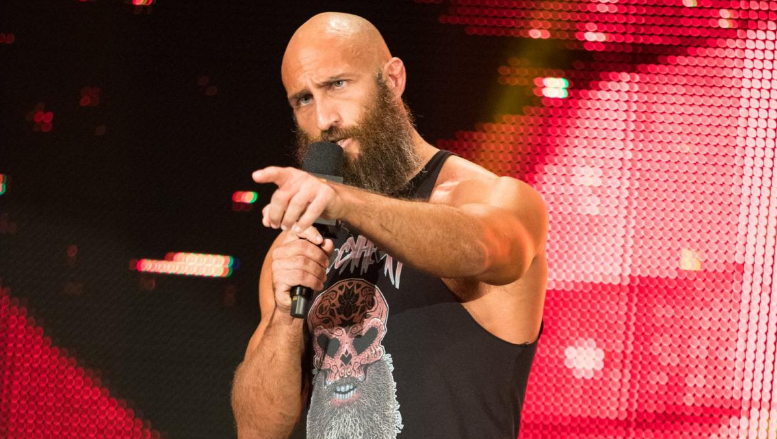 Black was interrupted by Tommaso Ciampa, who cut a pretty run of the mill heel promo on Black, but because he mentioned beating Johnny Gargano it got a solid amount of boos from the fans at Full Sail. Black responded by saying “wow you really like the sound of your own voice”, which is exactly the type of scathing stuff you’d expect in a WWE 2K promo. Ciampa ended the segment by telling Aleister his title reign would fade to black, and hitting Aleister’s pose. When Aleister started walking towards Ciampa, Ciampa got up and left real quick.

Next, we got a Vanessa Borne interview segment where she trashed Kairi Sane, so it seems Vanessa Borne will be the next performance center trainee paired with Kairi. It worked for Lacey Evans, and I don’t hate Borne getting to work with Kairi as sort of a “let’s see what she’s got” mini-feud.

After the Vanessa Borne interview we got….we got Kona Reeves. It had been 2 weeks since NXT’s finest had been on my tv, and I was hoping the streak would continue. Unfortunately, it looks like we’re still doing Kona Reeves. 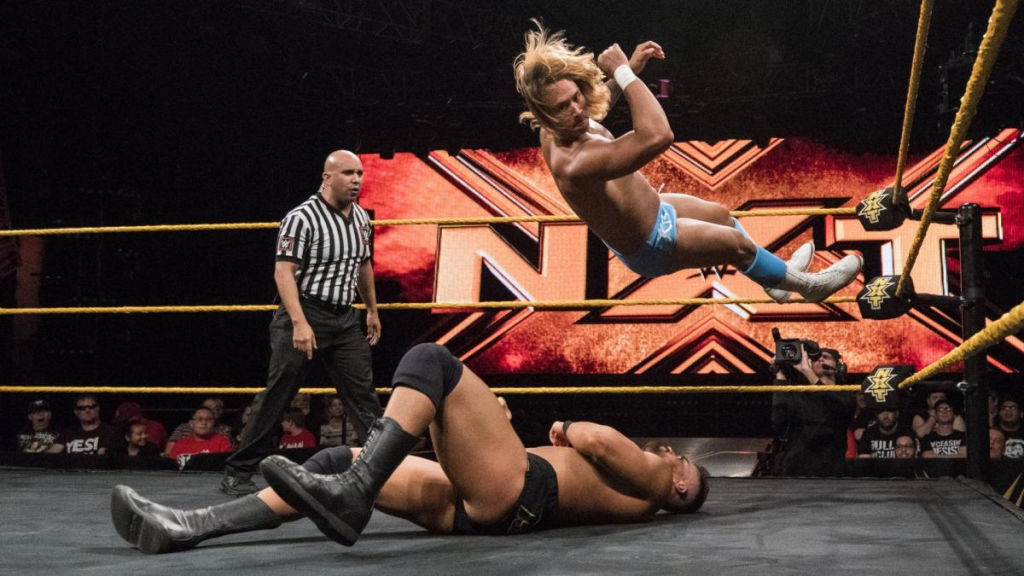 Reeves was facing Max Umberto, who was already in the ring when Reeves entered, and this Umberto fella hit a brief comeback sequence that was the highlight of the match. And no, the comeback sequence wasn’t even that great. Kona Reeves apparently believes no one is on his level, and I think we should all be thankful for that. Also, Kona Reeves won with that devastating and innovative maneuver, the Hawaiian Drop. 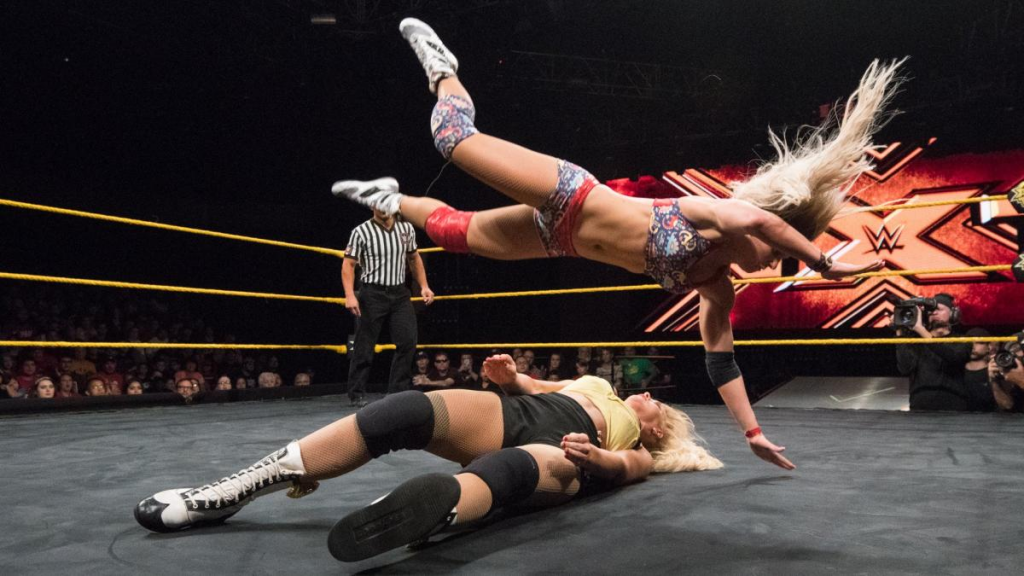 Candice LeRae vs Lacey Evans was next, and folks my immediate reaction was that Lacey Evans’s hats just keep getting bigger. I think this culminates with Lacey Evans wearing an entire wrestling ring on top of her hat as part of a takeover entrance, and I’m fine with that. As for the match itself, it wasn’t bad at all. Candice showed off a frickin’ sweet moveset (including a Lionsault that she got insane amounts of height on), and Evans showed a ring presence that has really come a long way. Candice won with that Lionsault, and immediately after her match, we got a Johnny Gargano interview.

Gargano seems to be back in sad boy mode, and he’s definitely not over Tommaso Ciampa. Gargano said he’d talk to Mr. Regal and make sure he got one more match with Ciampa, whether it was in Brooklyn, in the streets, or (my personal favorite) the grocery store. Mr. Regal tweeted minutes later that Gargano needed to get over Ciampa, so I’m assuming that talk didn’t go too well.

Next, we got a brief Heavy Machinery promo that took place while Tucky & Dozer were grillin’ because why the hell not. The beefy boys seem to be focused on the mighty, and they’re not playing around anymore.

Candice Lerae got interviewed by Cathy Kelley, and she said it was time for her to focus on her career, not just her husband’s. I loved this promo because it seemed to signal a shift away from the “she’s Johnny’s wife” role that Candice had been confined to for the early part of her NXT career. I’m fine with NXT acknowledging that relationship, I just think it’s important to give Candice character that isn’t playing off of Johnny Gargano.

Mustache Mountain followed that interview with their first entrance as NXT tag champs, and before the jobbers they were set to face could get off the entrance ramp they were attacked by the Undisputed Era. One of the jobbers bumped like an absolute lunatic on a Roderick Strong backbreaker, and I respect the hell out of that. TUE told Mustache Mountain that their title win was a fluke, and that the more facial haired members of British Strong Style would be leaving their pride, and the NXT tag team titles, in the United States. 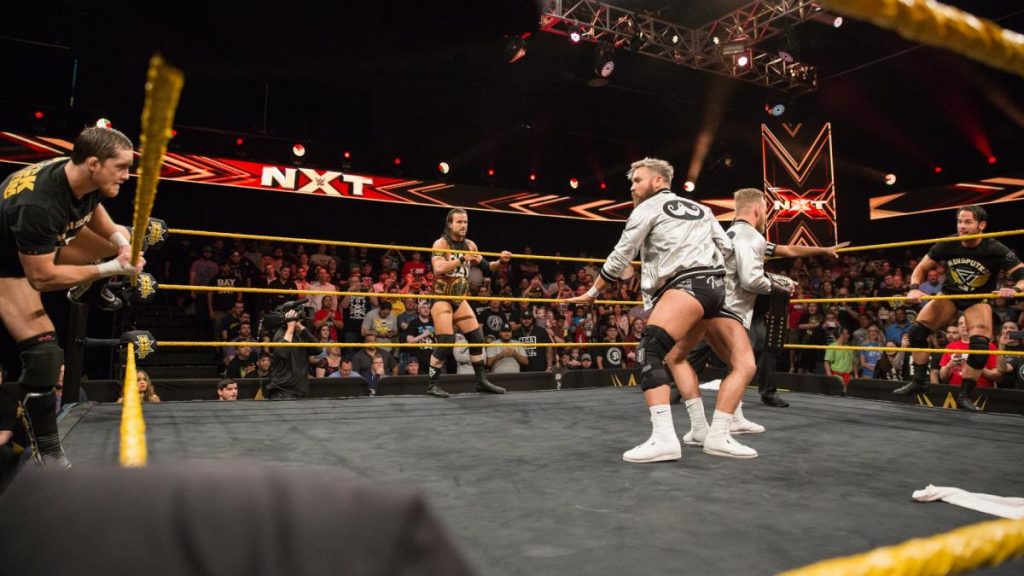 As TUE was about to start a beatdown Ricochet hit the ring and did some flips to make it 3 on 3. Do I really need to tell you how this match was? With the 6 guys that they have in there the match was guaranteed to be great, and it delivered. Ricochet hit one comeback sequence in this match that stuck out to me because it felt like the first time (in the ring) since that ladder match in New Orleans that NXT has let Ricochet be Ricochet.

He’d been hitting the front roll/rana combo, and the double suplex combo, but in this match, he broke out a corner 619, he hit a neckbreaker that made Roddy strong DDT Adam Cole, he did a full handspring to avoid a double team, and all of it was just amazing. Not surprisingly the crowd was chanting one and only soon thereafter.

In the end, ricochet hit the 630 on Adam Cole but Kyle O’Reilly pulled Cole out of the ring to break the pinfall. Then Roddy Strong hit an end of heartache onto the ring apron and rolled Ricochet back into the ring where he was pinned by Cole. Great main event match, although I don’t think it was as good as the Undisputed Era vs British Strong Style match that took place in the UK. Next week we’re getting Gargano vs EC3, so be sure to tune in!