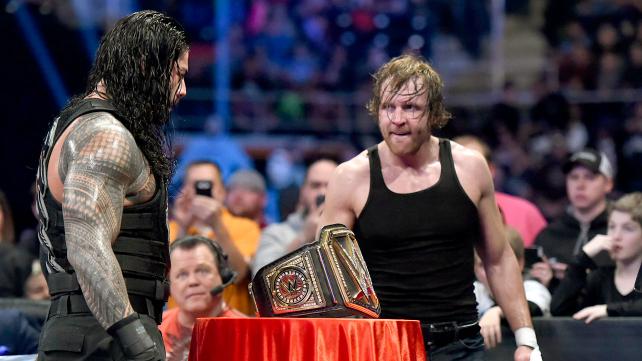 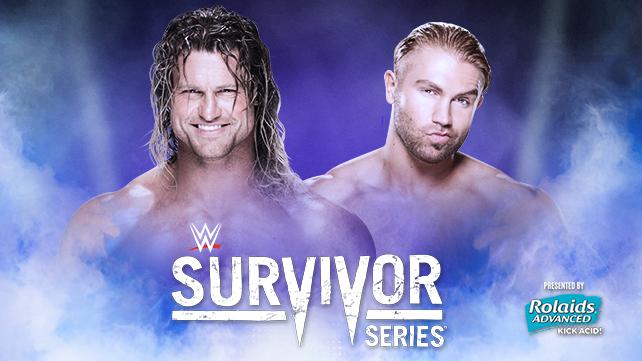 It seems like there hasn’t been a solid game plan for Tyler Breeze on the main roster. There were no vignettes and he made his debut on Smackdown. Even though his main roster debut was on Smackdown it was a good first appearance. After that, it seems to have gone downhill quickly. For a couple weeks, he sat at ringside and watched Ziggler wrestle. Then he was thrown into the WWE Title Tournament against Dean Ambrose in the first round and lost. Now he heads into his first Pay Per View match against Ziggler who also failed to defeat Ambrose in the tournament. I have a really hard time seeing Ziggler losing to Breeze. Despite that, I think WWE has no other option but to put Breeze over. I’m not saying it has to be a clean win (he is a heel after all), but if Breeze loses to Ziggler I can’t possibly see him being established a top heel in the company. A loss for Breeze at Survivor Series will possibly send him to Superstars. 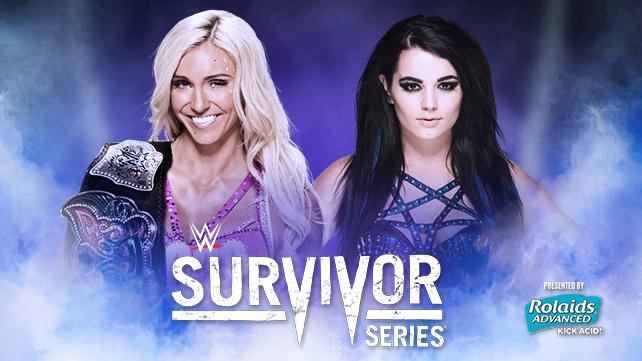 This past Monday’s Raw tried to elevate the importance of the Divas Championship by having a contract signing between Charlotte and Paige as the main event segment. During the contract signing WWE creative thought it would be a great idea to use the death of Charlotte’s brother Reid Flair as part of the storyline. This isn’t the first time a death of a family member has been used to ramp up the drama of a storyline. Since Monday, there have been several debates on whether this was right or wrong. Personally I think it was distasteful especially since Ric Flair and other family members weren’t informed about the angle. There were several other avenues WWE could of have chosen to make this rivalry personal without bringing up Reid. I expect Charlotte to defeat Paige and retain. I could also see Charlotte’s rage causing her to get disqualified which would lead to a gimmick match at December’s TLC Pay Per View. 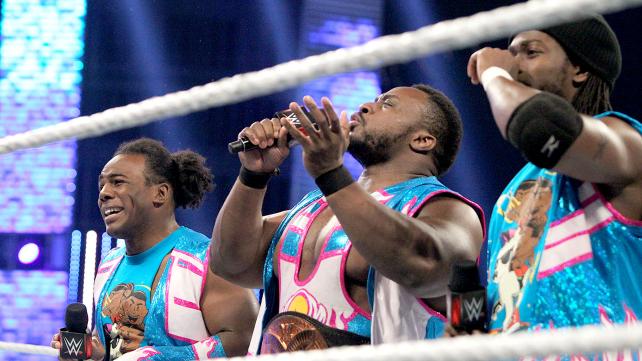 WWE has announced that there will be a traditional 5 on 5 Survivor Series elimination match but have not announced the competitors. I’m thinking the babyface team will consist of The Usos, Neville, Cesaro, and Ryback versus New Day, King Barrett and Sheamus. I see the Usos’ team winning which should set up a tag title match for the Usos at TLC.

Brothers of Destruction vs. Bray Wyatt and Braun Strowman 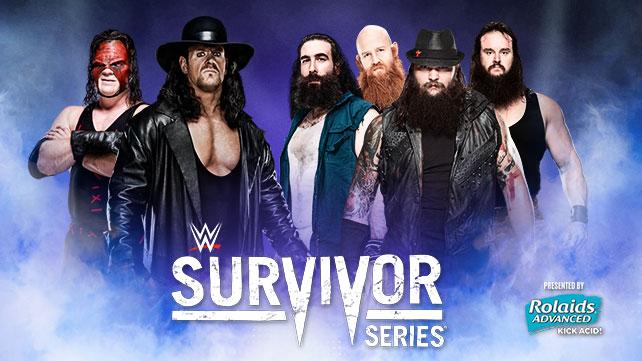 Survivor Series marks the 25th Anniversary of The Undertaker. Undertaker’s career has been truly incredible. Taker will celebrate his 25th Anniversary teaming with his Demon brother Kane to take on Braun Strowman and Bray Wyatt. I really try not to be a cynical fan that complains about everything, but I have several issues with this match. First of all, why would Bray want this match? The Undertaker has already beaten once before. Then 2 weeks ago on Raw, Undertaker and Kane tore through all four Wyatts. If the Brothers of Destruction can handle all four Wyatts, shouldn’t this be a 4 on 2 match? And since the Wyatts got beatdown the last thing they should want is a match against Kane and Taker. I don’t like the combination of Bray and Strowman. Strowman is a big stiff that trips over his own two feet. I would have much preferred to see them face Harper and Rowan. With all the hype and celebration of Taker’s 25th Anniversary I see the Brothers of Destruction winning, It’s possible they win by DQ if Harper and Rowan get involved. 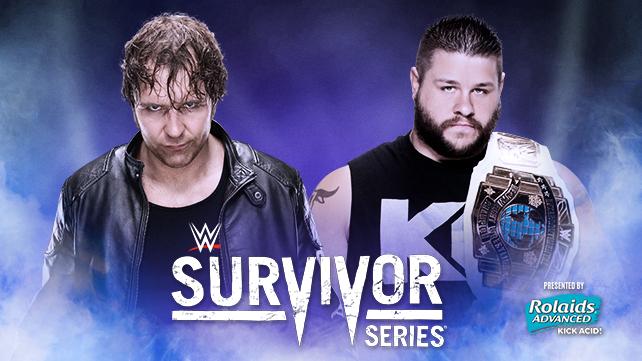 I saw Ambrose and Owens wrestle each other live at a house show in Orlando and it was an awesome match. I expect great things from this bout too. I’ve had a hard time deciding who I think will win this match. I think it really could go either way. Ambrose winning I think would be the most intriguing option. I’m going with Ambrose, but I can easily see Owens winning and advancing to the finals. 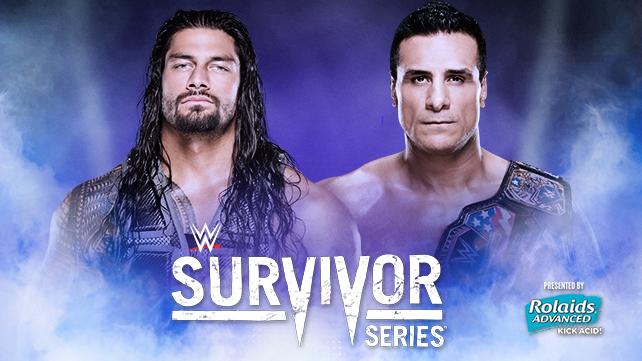 I was very excited when Alberto Del Rio returned to WWE. In his time away he was tearing it up in Ring of Honor, Lucha Underground, and AAA. With all the rumors of WWE looking for a new Latino babyface, I would think they would put Del Rio in that role. Instead, they’ve decided to make him heel and create his own country with Zeb Colter. MexAmerica is not catching on it’s lowering my interest in Del Rio, I think it’s pretty obvious that Del Rio doesn’t stand a chance of winning this match. 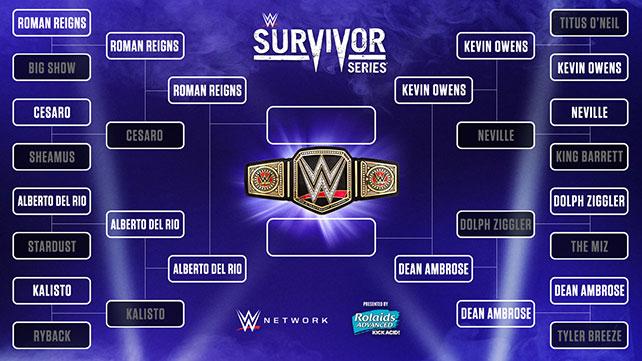 So I’ve predicted Roman Reigns and Dean Ambrose to advance and face each other in the finals. I think this would be a very intriguing face vs. face match. Survivor Series needs to end with a heel winning the championship. This means we could see Reigns or Ambrose turn heel. I think Reigns would benefit more from the heel turn. Ambrose is so close to being a super over babyface and it would be a bummer to see him not get a face run with the title. We can’t forget about Plan B, which is Sheamus cashing in his Money In the Bank during or after the match. I don’t know why, but I think tonight is the night that Sheamus will finally cash in and become Triple H’s new man.

What are your predictions for Survivor Series 2015? 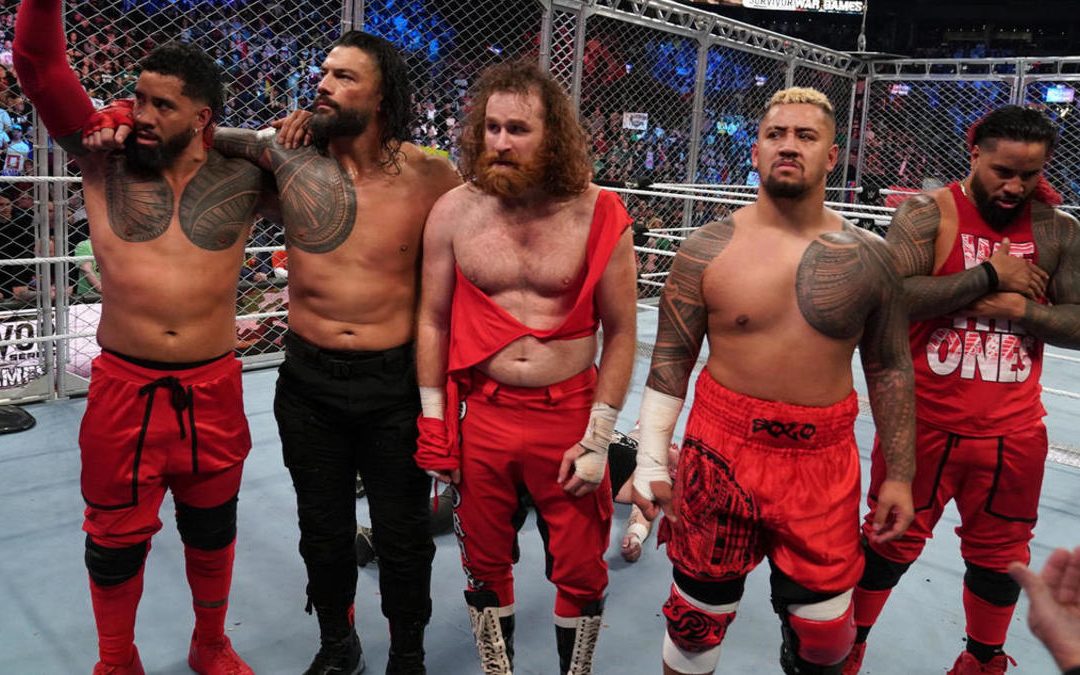