This Sunday is WWE TLC 2014, WWE’s version of a demolition derby. Since the TLC pay-per-view started in 2009, it’s always been an exciting show. Unlike Survivor Series, TLC’s card is not a one match show and is stacked from top top to bottom. But with more matches, especially gimmick matches, that means time restrains. I expect some of the non-gimmick  matches’ times to be cut to give more time to the big gimmick matches.  Here’s the final card for Sunday along with are my predictions.

THE NEW DAY VS. GOLD & STARDUST 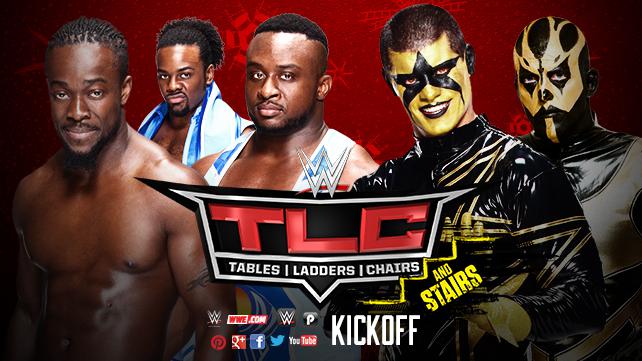 I’m not sure if I’m completely sold on the New Day gimmick yet, but I do love Kofi, Woods, and Big E. They’ve picked up a string of victories over Gold and Stardust heading into this pay-per-view. This makes me think that their momentum will be stopped on Sunday with the Dust Brothers cheating to win. With the Dust Brothers winning this continues the rivalry for one more month and gives us time to embrace the New Day. 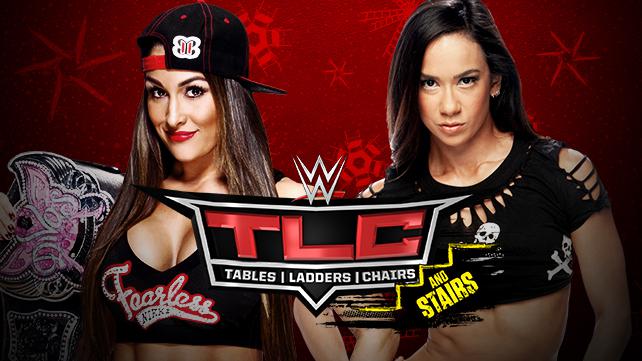 I was actually looking forward to seeing these two wrestle last month but, they pulled the Wrestlemania 28 Kiss of Death finish. I’m hoping this go around they’ll get a few minutes to actually wrestle. Unfortunately I’m sure this will be one of the matches that will be shortened. With the rumors of this being AJ Lee’s last match I’m going with Nikki to retain with a roll up. 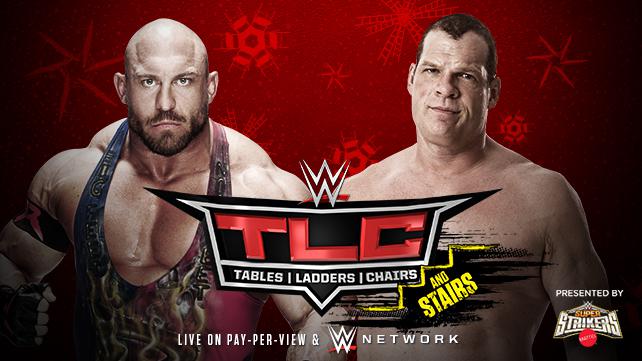 I’ve never really understood the concept of a chairs match and I don’t think I ever will. This one of the gimmick matches of the night that I think will be short. There is only so much you can do with just chairs, especially since chair shots to the head are not allowed. This match is going to come down to who can hit the other person hardest with the chair. With the new push for Ryback, I have a hard time seeing Kane winning this one. I see Ryback winning by Shell Shocking Kane on a pile of chairs. 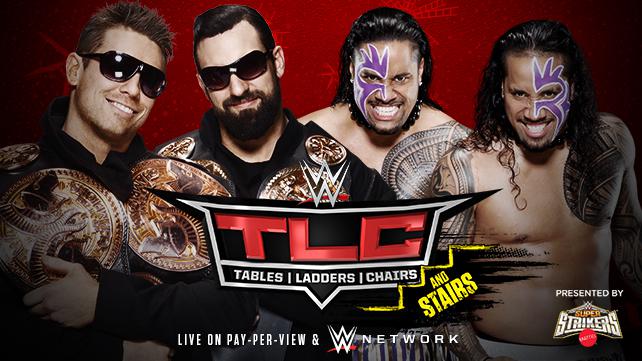 The Tag Titles are on the line but, the real story of this match is the building tension between Miz and Mizdow. Eventually Mizdow is going to get tired playing second to the Miz. On Sunday I think miscommunication between Miz and Mizdow will cost them the titles, ehich will lead to their eventually break up when Mizdow elimates Miz in the Royal Rumble next month. I’m also predicting that the Usos will defend the tag titles against the Ascension at Royal Rumble. It’s time for the Ascension to rise!

Can someone please tell me what the heck is a stairs match? Please tweet me @ProBlackGuy if you have the answer. A simple no-disqualification match would have done for me but, with Rowan and Show’s use of the stairs recently I see why they wanted to incorporate it. It looks like the machine really wants to get behind Erick Rowan. A lot of people don’t like him as a babyface, but I think it’s be good so far. It reminds me of when Kane turned babyface for the first time. They’re a fun giant and until you get the mad. I see Big Red picking up the win on the Benedict Arnold of Team Cena. 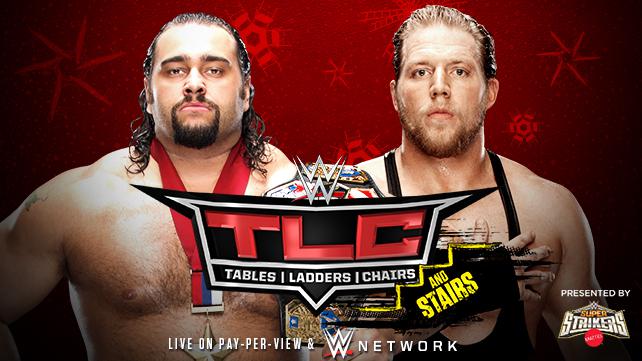 I’ve always been a fan of Jack Swagger since his start in FCW as Jake Hager. I watched main event FCW shows with Ted DiBiase. He doesn’t have the greatest mic skills but, he is a very talented in ring performer. Unforuntely, he is in a rivalry with the immovable object known as Rusev. I believe that Rusev will remain undefeated until Wrestlemania 31. Rusev will submit Swagger to the Accolade and eventually renaming the United States title to the Russian title. 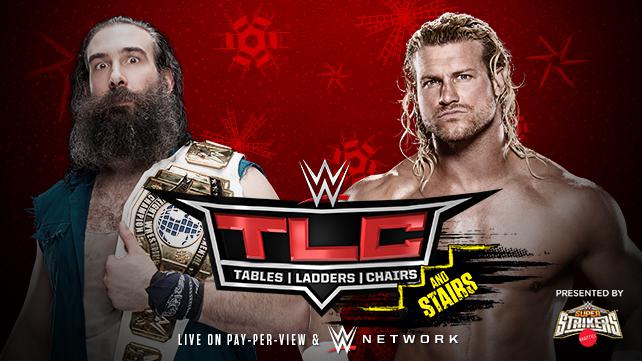 I think this is the match that will steal the show. Dolph Ziggler had an amazing Survivor Series performance. That match has built some momentum for Ziggler and has moved him up a little higher on the card. Even though Ziggler has been on a roll, I see Harper winning this one. Ziggler falls in the same boat as Sami Zayn and Daniel Bryan. We love them so much no matter if they win or lose. He’ll have a great perfomance in this match and will have a great performance in the Royal Rumble. Harper needs to be established as a monster heel that will not be defeated easily. I see Harper defending the title against Rowan at Royal Rumble or Fast Lane (the new name of the February pay-per-view). 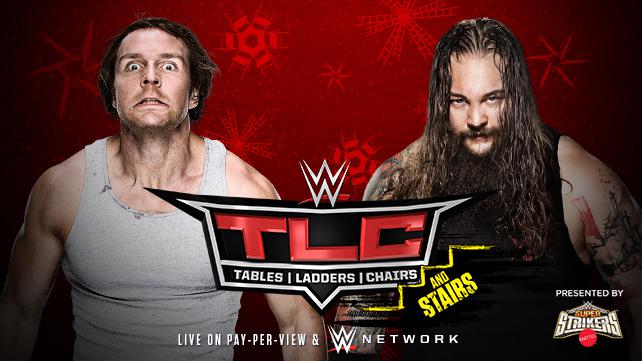 There has been a lot of debate on whether or not this match should close the show. I love Ambrose and Bray but, I feel like there’s more riding on the Cena/Rollins match and that should be the match that closes the show. Bray is an awesome character but, hasn’t really accomplished much. Bray needs to win this match to help establish him. We all know that WWE doesn’t like for Ambrose to get revenge. So I’m going with Bray on this one. 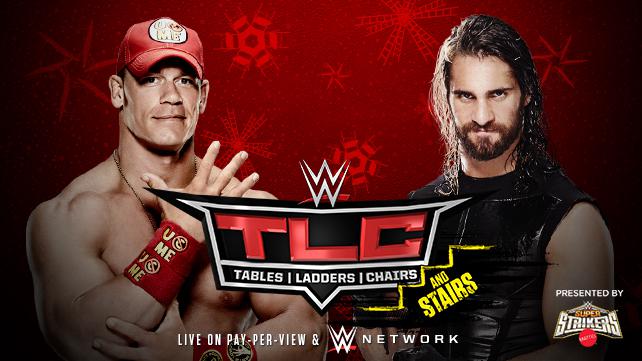 A lot of people are thinking that Cena is going to lose this one because it’s a table match and it’s a match that Cena can lose and still look strong, which they’ve done in the past. Despite Cena’s bad luck in Table matches, I think he is going to break his table losing streak on Sunday. If you know me you’re probably surprised by this because I’m not a Cena fan. The reason I’m going with Cena is I rather see Cena versus Lesnar 3 than to see Cena win the Rumble again. We all know if Cena loses to Rollins he’ll be in the Rumble. I see Rollins trying to use J & J security to help him put Cena through table but, their plans will be foiled when a returning Roman Regins saves the day.

What are your  WWE TLC 2014 predictions? Sound off in the comments below.