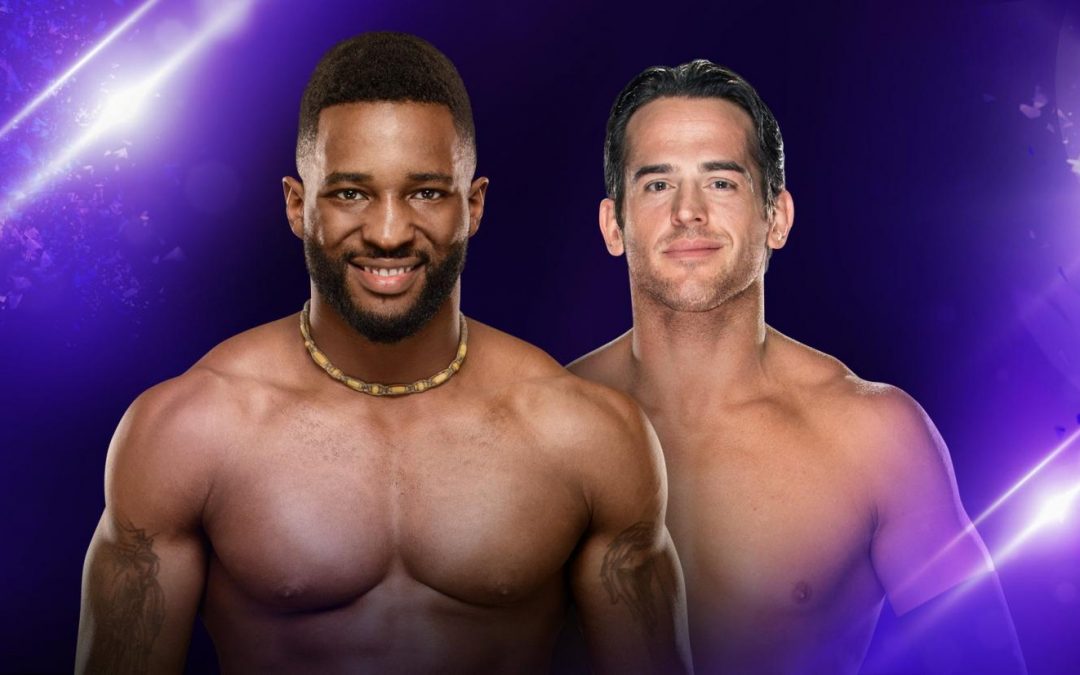 Thanks to some encouraging feedback and suggestions from one or two different online wrestling communities, I’ve decided to test the waters with a proposed weekly review of 205 Live. As you may know, the show is one I hold close to my heart (during the good times and bad). So with these retrospects, I hope to give you an insight as to why this is the case.

With it being my first written critique of a single episode of WWE programming, I wondered how I would approach it. I didn’t have to wait long, however, as a theme of mirror images in opposing forces quickly emerged, and became a constant throughout the show.

The opening tag team match was a standard Cruiserweight affair. The mirror image theme materialized with Nigel McGuinness highlighting that both teams could discuss tactics openly in their native tongues, with the opposing team being none the wiser. This was a nice touch by McGuinness, emphasizing how any attempt at countering strategy would be pure guesswork.

During this opener, it became apparent that WWE might have been laying the groundwork for the strongly rumored Cruiserweight Tag Team Championships unveiling long before Tozawa and Itami paired up just last week. Metalik, Dorado, and Kalisto, collectively known as the “Lucha House Party”, have been a feature on the show for some time now. And with Metalik’s knee injury (which gifted the Japanese duo the win) being unfairly blamed on an Itami who already carries the reputation of being an unsafe worker, this looks like a program that has legs and could be the foundations of the new titles’ inaugural story.

The middle segment had everybody’s favorite plucky Englishman, Drake Maverick, join the commentary team. Maverick’s frequent promotion of 205 Live is commendable, and having him do so during Jack Gallagher’s match with a local talent was a nice touch. However, it wasn’t lost on me that Gallagher experienced first hand Maverick’s discipline and expectations of how a 205 Live wrestler should carry himself. The parallel here is not that Gallagher and Maverick hail from the United Kingdom as such, more that both men made a name for themselves in the British wrestling scene. With Gallagher’s glare towards Maverick across the commentary table, during the systematic annihilation of his poor opponent, this could be something to keep an eye on once the dust of Wrestlemania has settled.

Speaking of the Show of Shows, the night’s main event saw the first Cruiserweight Championship Tournament semi-final, with Cedric Alexander and Roderick Strong vying to secure their spot on the Wrestlemania card in the Tournament’s final.

Leading up to the match, it was hard to call who would go through, as both men have been presented well in the match’s build. Their indistinguishable momentum carried over into the match itself. Alexander and Strong are known for operating at breakneck speeds. In the past, this could have been done to bring an audience closer to the edges of their seats. This time, the reason for such a pace seemed different.

Moments like Strong sprinting to upend Alexander from atop the turnbuckle, and Alexander unnaturally twisting his body one hundred and eighty degrees to try and snatch an early pin, told me these warriors wanted a victory in the bag, and quickly. The impatience they share at having to bide time in their respective brands over many months finally caught up with them. The franticness at which big impact moves were thrown at each other spoke of their mad and desperate dash to the finishing line.

The mirror theme came to the fore once again in this hard-hitting battle. So evenly matched was their offense, the two relied heavily on the ring’s ropes and it’s more unforgiving apparatus as a silent tag partner, by means of using it either as a weapon or to help elude pinfalls after falling victim to backbreaker style finishers (another similarity between the two).

Their drive, mettle, and conditioning were identical for the majority, therefore it made sense that Alexander’s small package pin was the only tactic that would end the similarities, or in this instance, crack the mirror. Cedric Alexander advances in the tournament, and congratulations to him, but with Roderick Strong’s fleeting glances of disrespect towards his opponents as of late, this could pave the way for a more bitter Messiah of the Backbreaker than the WWE audience are accustomed to.

The standard of matches on offer in this Tournament have been PPV quality on almost every occasion. This week’s edition was no different. The remaining semi-final sees Drew Gulak and Mustafa Ali battle it out for the last spot in the final. Both wrestlers’ have grown in leaps and bounds since their 2017 feud that focused on Ali’s diametric opposition to Gulak’s “Better 205 Live” campaign. This, fellow 205ers, could be a cracker.