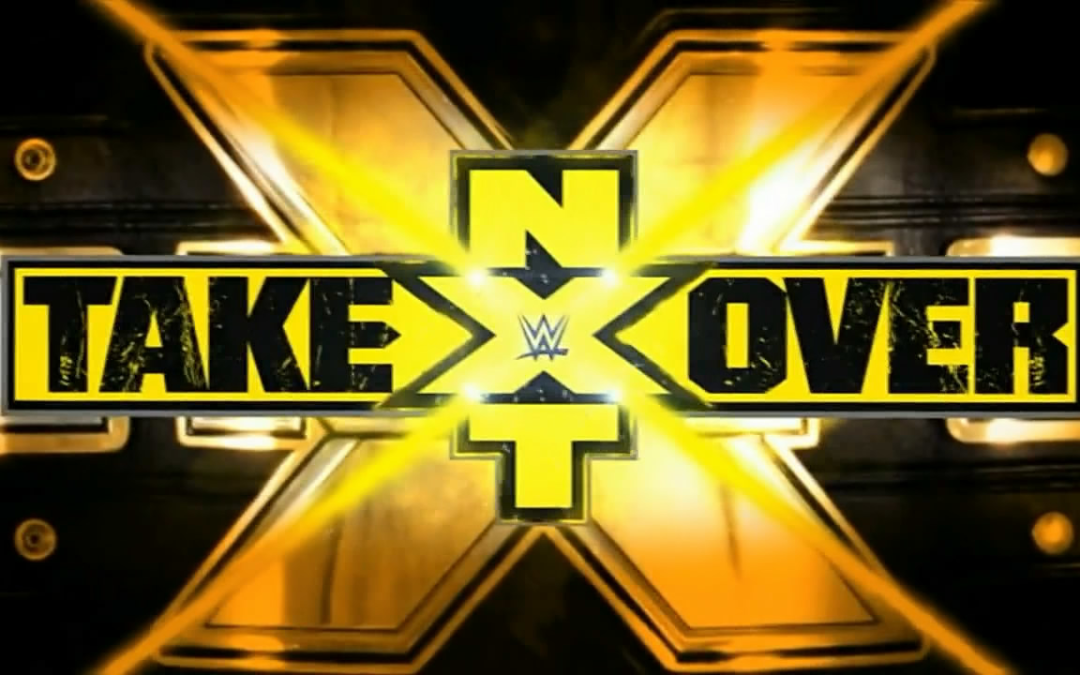 This weekend will be the biggest in NXT show in history. There will be 13,000 strong in the Barclay Center witnessing a great night of wrestling. In the excitement of NXT Takeover Brooklyn, I went on the WWE Network and watched back some of my favorite NXT Takeover matches. I’ve put together a list of six of my favorites that you should rewatch before the Brooklyn Takeover on Saturday.

The rivalry between Cesaro and Sami Zayn started on the pre-network NXT days. Zayn picked up an upset win over Cesaro in his NXT debut in May of 2013. Zayn and Cesaro went toe to toe on two more occasions with Cesaro picking up the win both times. Zayn was determined to defeat the Swiss Superman and issued a challenge for one more match. Like a creepy friend request, Cesaro kept declining Zayn until Triple H stepped in granted Zayn his for one more match. The final bout in their rivalry took place at the First NXT special on the Network and was the opening match. They couldn’t have picked a better opening match for this show.

Throughout this match, Cesaro’s Hercules strength was on display. Several times Cesaro caught Zayn in mid-air and dropped him like a bad habit. The most brutal one had to be when Cesaro reversed Zayn’s Arabian Press Moonsault into a slam onto the ramp. This match also showcased why Zayn is such a great underdog babyface. He sold his ass off and sucked you into the match. As impressive as Cesaro was you wanted to see Zayn pull it. Zayn had some great out of nowhere reversals including a Super Hurricanranna to Cesaro off the top rope and an Exploder Suplex into the turnbuckle. Near fall after near fall the NXT faithful had no other choice but to chant “this is awesome”!

Despite using the Blue Thunder Bomb, Koji Clutch, and the Helluva kick, Zayn failed in his attempt to defeat Cesaro. A discuss European Uppercut  followed by the Neutralizer sealed Sami’s fate. After the match the two hugged and Cesaro whispered something in Zayn’s ear. To this day, we don’t know what Cesaro said to Zayn, but we do know is this match will always be remembered as one of the best NXT matches in history.

Currently, we’re in the midst of the “Divas Revolution” on the main roster with Charlotte, Becky, and Sasha making their debuts. We can all thank NXT for giving them the platform to prove that good Women’s wrestling is not dead. Even though Paige and Emma had a good match at Arrival, the match between Charlotte and Natalya at Takeover raised the bar a few pegs.

There were a lot of elements that helped this match to stand out. First of all, this match was the finals of a tournament to determine a new NXT Women’s Champion due to Paige being stripped of the title. I’m personally a big fan of tournaments. Tournaments are great for episodic TV and can create multiple rivalries for the future. Another key element of this match was the family rivalry backstory. These ladies were not only fighting for themselves but their family’s legacy. With Ric Flair’s and Bret Hart’s presence at ringside definitely gave this match a big fight feel.

Charlotte and Natalya put on a technically wrestling clinic. Natalya oozed confidence throughout the match and displayed her strength with several throws. Let it be known that Natalya has the worst Ric Flair “woo” that I’ve ever heard. Charlotte would not be shown up and was very aggressive. Especially with her spinning back chop. There were several reversals out of the Sharpshooter and the Figure 4. In the end, the Flairs won the battle as Charlotte hit her Natural Selection out of nowhere. Another great match with a Bayley approved ending as both women embraced each other.

After a successful title defense against Bayley at NXT Takeover Fatal 4 Way, Charlotte’s next challenger was her former BFF Sasha Banks. The tension between BFFs started brewing when Charlotte advanced in the aforementioned NXT Women’s Title Tournament and Sasha did not. Then the team finally fell apart after Charlotte saved Bayley from a beat down from Sasha.

Going into this feud Sasha was really breaking out and coming into her own. Corey Graves said something interesting at the beginning of this match. Rich Brennan was singing Charlotte’s praises. Graves inquired “how do we know that Sasha won’t be the greatest diva of all time?” Rewatching this match, my ears perked when I heard that. Since this match, Sasha has blazed a trail and is on her way to becoming the new face of the Diva’s division.

In this match, Sasha was very aggressive. With several stiff looking kicks and knees, Sasha took control of Charlotte. Sasha did everything she could do to keep the second generation diva down. Backstabbers, an outside dive, and Charlotte’s own Figure 4 head lock were just some of the tricks that Sasha had in her game plan.

Charlotte used  her power to swing momentum back her way. A big spear from Charlotte flipped Sasha and gave birth to the “better than Reigns” chant. Sorry, Roman. With a Super Natural Selection Charlotte retained her title. Even though Charlotte got the W, Sasha left a lasting impression and gained the respect of the NXT universe.

Going into this match there was a lot of speculation on whether Sami was getting called up or not. With the stipulation being set if he loses he was done with NXT it seemed like this could be a “Loser Leaves Town” match that happened back in the day to move a wrestler on to another territory.

After being screwed by Neville at the NXT Takeover Fatal 4 Way and on an episode of NXT, Zayn lobbied for one more match. The NXT faithful was 100% behind Zayn. Even though was slowly turning into a heel, I was very surprised at how quickly the NXT fans turned their back on Neville. “Let’s Go, Sami, Neville sucks” were the chants that opened this match. Zayn has the Daniel Byran underdog thing going for him. The fans were tired of seeing Zayn fail and would have rioted if he lost.

This match had a great mix of high flying and technical mat wrestling. Neville working on Zayn’s left arm the majority of the match. Neville rocked Sami’s world with a big sit out powerbomb and a rebound German Suplex. Zayn displayed his great selling and had the crowd in the palm of his hand. Zayn made his comeback with his signature Blue Thunder Bomb and Torpedo DDT. Then the moment of truth came when the ref was accidentally taken down. Sami could have done what so many have done to him and cheated to win, but instead he took the high road and defeated Neville clean to finally capture the NXT championship.

There was a big post-match celebration with all the NXT stars and a rare on-screen appearance by WWE Hall of Famer Pat Patterson. Wrestling fans marked out as Zayn’s former partner and rival from the indies, Kevin Owens, gave him a big hug. As the show was making its way off the air, I thought my prediction of Owens attacking Zayn wasn’t going to happen. Then Owens made me look like Nostradamus and delivered a vicious Pop Up Powerbomb to Zayn.

This match was the finals of a tournament to determine the new one contender for the NXT championship. As I mentioned earlier I love tournaments. This was the first time that Finn Balor and Neville faced off in a WWE Ring, but these two have faced each other several times outside of WWE. Once again the fans chose sides and left Neville out in the cold. I don’t think that the fans really hated Neville. I think that felt he’s had his time to shine on NXT and should be on the main roster. They were ready to see Finn Balor, Hideo Itami, and Kevin Owens rise as the new faces of NXT.

Even though Neville is only 194 pounds, he’s jacked! Neville has moments in his match where he shows just what those muscles can do. The most notable is his deadlift German Suplex that I mark out for all the time. Another thing that impresses me with Neville is his ability to kick out at 2.9 seconds. He is the new master of near falls.

Balor at times reminds me of Jeff Hardy with the daredevil style of work. Similar to Hardy, it seems that Balor his body on the line with several high risk manuevers. In this match Balor hits a beatuiful tope and a stalling dropkick that sent Neville flying through the barricade. The crowd showed their approval with the infamous “Holy Shit” chant.

In the end, the Demon devoured Neville and he began his quest for the NXT Championship.

If you are a die-hard wrestling fan, you know the history between Sami Zayn and Kevin Owens. Zayn was formerly known as El Generico and Owens was formerly known as Kevin Steen. Both men have been wrestling in the same promotions for over a decade. Most notably Ring of Honor and PWG. These men have been tag partners and rivals. I was very happy that Triple H and the NXT creative team didn’t ignore the history between Owens and Zayn. With both these men under the same roof, NXT had a great rivalry drop right in their lap.

Going into this match, I predicted that there would be some kind of finish that would allow Zayn to keep the belt and allow Owens not to lose. The NXT champions have been booked like Ring of Honor champions, where you know that they’re going to have a decent title run. After Zayn’s big title win at the last Takeover, I thought that Zayn would have to walk out with the title. Boy was I wrong.

This match was basically a better version of Cena versus Lesnar from Summerslam 2014. Owens playing the role of Lesnar dominated Zayn through the whole match. Zayn had a few offensive maneuvers but was outpowered by Owens. After Zayn smacked his head out the ramp, Owens smelt blood and went in for the kill. After two vicious powerbombs, the matched was stopped and Owens was declared the winner and new NXT champion.

What are your favorite NXT Takeover matches thus far?