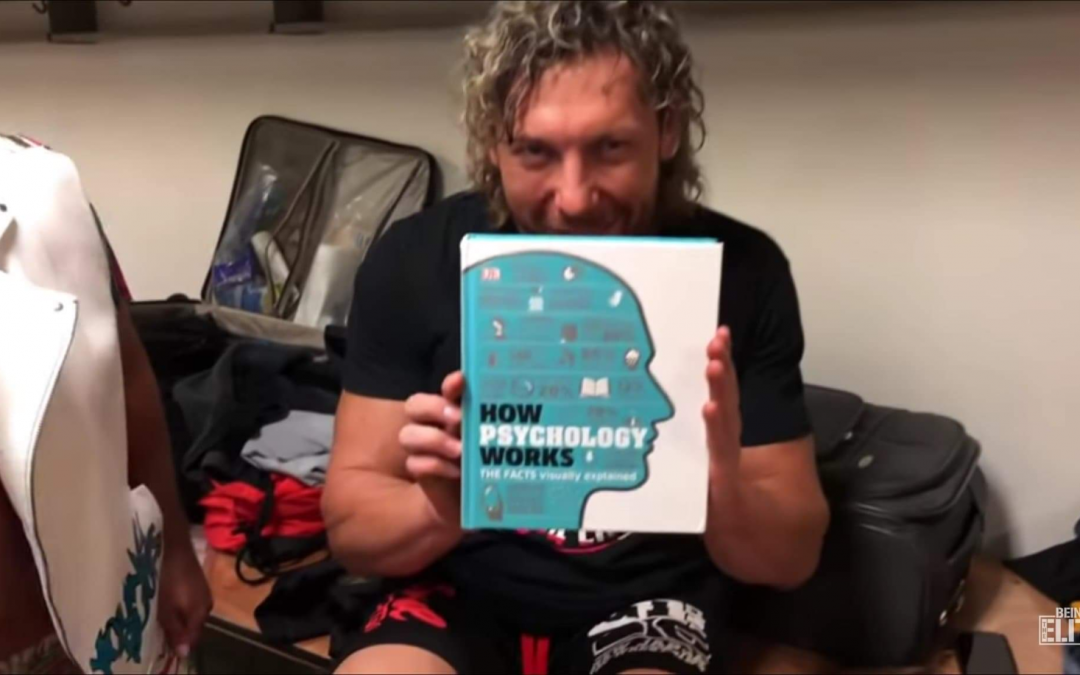 This past weekend’s AEW’s Revolution PPV was a stacked card and had various storylines playing out within just the Elite itself. With all but one current member of the Elite in just one match as well. A match for the Tag team championships pit “Hangman” Adam Page and Kenny Omega vs Matt and Nick Jackson, the Young Bucks. Sometimes all you need is a desire to be the best and hold the belts to create a storyline but there was much more on the line in this feud. Friendships and allegiances were being tested and strained through the events leading up to this match and within the match itself.

After a series of losses to Jericho and Pac, Page had requested to go his own way and walk away from the Elite but the Bucks would continue to ignore this going forward. Consistently insisting they all celebrate post-match or work together after shows Page has felt increasingly ignored and pressured to stay within the Elite. Almost as if he has no say in the matter.

Throughout their makeshift Partnership Page would frequently walk out of interviews with Kenny when asked questions about the Elite and his position within. They even had issues in the ring with Page hitting Kenny with the Buckshot lariat by mistake. Within the hype trailer, they even showed Kenny mentioning how he should be worried about Page as a partner. This match was against, whom JR considers the best tag team in the world, The Young Bucks and it would certainly test their compatibility and affinity as a tag team.

The Bucks themselves were dealing with their issues. They have failed to acquire the Tag Team titles multiple times. They lost in their first match in the Tag Team tournament to Private Party. They would go on to lose again to SCU when given an opportunity at the tag titles. Eventually, the same question has begun to be asked of them “you’re the best tag team in the world so why don’t you hold the titles?”. While giving generic babyface answers in the past Matt finally broke down in the sit-down interview with JR pointing to the titles and proclaiming that they belonged to the Bucks and insinuated they deserved them as well as giving less-than believable praise to Hangman and Omega for their accomplishment in obtaining the belts.

This all led to their match on Saturday in which I saw no less than 6 instances of callbacks or ring psychology across entire feuds and into this match. Critics often complain about a match being nothing but high spots, flips, and too many near fall kick-outs of finishers but if a long time viewer of AEW didn’t pick up on any of this I think they’ve just not been paying attention.

On BTE when Hangman found out that the Bucks were in a multiteam gauntlet to determine the next challengers he started to panic. He then went around to each of the other teams in the tournament and told all of them about Matt’s injury to his lower back on the left side. He didn’t just go up to the other babyfaces but he would also go to the heel tag teams including the Butcher and the Blade in his efforts to ensure that the Bucks didn’t win. Unfortunately for Hangman the various teams still failed to overcome the Bucks and they won the match ensuring their title match against their friends. In their sit-down interview, Hangman accused the Bucks of trying to take away his first title he’d earned in AEW insinuating that all they cared about was themselves and not him.

Hangman came into this match livid. Getting into Matt’s face and even spitting in his face at one point. Very early in the match Page started striking Matt on his lower back with forearms and then driving his knee into it on the lower left side. This was a good continuation and call back to this injury and Hangman was quick to go to it. Almost as if he was frustrated the other teams didn’t capitalize on it before. He was the first person to go to after his friends’ injuries to hurt and beat them but he wouldn’t be the last.

This may seem like reaching but this may have been more than just a series of moves for a cheap pop. Marty is the only member of the Elite that is not in AEW and there hasn’t been much fallout from this. I’m sure Hangman has noticed this and this may have been on his mind throughout the evolution of this storyline. It also could just have been him pulling out all the stops and having to find new ways to stop the Bucks who were the favorites going into this match because of their tag team specialty.

Excalibur would reference Marty by referencing the Villain during Page’s superkick feint but that could also be eluding to another throwaway line Kenny made on a previous BTE in which he was responding to an idea or rumor about feuding with Page that he thought was ridiculous and that it would never happen. People have been wondering if Page is going to turn on Kenny throughout their run as a tag team due to all the friction within the Elite. No one would turn in this match but there were a lot of red herrings to come later after the match.

This hasn’t been the first time Kenny has been pulled between the Bucks and another person. Before they left NJPW they had become the Golden Elite after the Bucks learned to accept Kota Ibushi within the group. At first, Matt and Nick insisted that it was Kota or them. This all culminated in their match in which ended with Matt demanding Kenny finish it by giving him a One-Winged Angel. The animosity was fueled by a heelish Cody at the time but the Bucks did act selfish and demanding of their friend Kenny unfairly demanding he chooses between them.

Their usage of Kenny and Kota’s Golden trigger finisher had clear intent. Their anger and frustration had moved on to Kenny and while they did deliver some stiff shots to him earlier, they meant to damage his ego by pinning him with his move with another one of his partners. However, this didn’t have the intended effect and only lit a fire under Kenny in which he kicked out at the one count and began to fire up and send the crowd into a frenzy.

After failing to pin Kenny Matt began to give in to desperation and got more wicked. He began to stomp at Kenny’s right shoulder and rip off the tape in an attempt to take him out of the match. It may have been more calculated than sheer viciousness as Kenny would fail to be able to complete the One-Winged Angle later in the match effectively taking out his most devastating move. He got carried away with it as Nick had to come out and set him straight. Pointing out that Kenny was their friend and Matt was shown to be visibly shaking after realizing what he was doing.

As Kenny’s friend they were aware of Kenny’s injury and how bad it was. We the viewer know because Pac brought it up in the hype trailer to their match on Dynamite and took credit for how much damage he had done to him both physically and psychologically. Kenny probably didn’t expect his so-called best friends to go after him so nefariously but we were seeing the mean-streak in the Bucks that had been forming from their envy and desire for the belts. They needed these belts and were willing to do anything to anyone to get them.

This is the most obvious and they were leaning heavily on if Hangman would miss again and hit Kenny by mistake. This had happened in the past and they had shown Hangman’s recklessness in the past when he cost Kenny and the Bucks a match in which he refused to tag out. To win against a team like the Bucks who specialize in tag team matches they could not risk any issues or friction within their team. They needed to be able to pull this off successfully and when the time came they were able to connect on signify their team was on the same page. At least in the ring.

Finally, they didn’t have a cheap moment of Kenny pushing through his injury through unrealistic willpower. No, they had hangman take over and perform yet another move borrowed from another Elite member. Kenny tried to lift Nick into a One-Winged Angel but couldn’t lift his hand due to the damage inflicted on it earlier. Hangman came in and immediately hoisted the Buck of Youth onto his shoulders and performed a flawless One-Winged Angel that I’m coining “The Drunken Angel”.

It got broken up at the last minute leading into another reference to NJPW with a finish very reminiscent of Strong Style with the wrestler having to use his finisher twice in a row to put their opponents down for good. One Buckshot to each Buck to put them away and successfully defend their titles. The usage of each other’s moves, the knowledge of each of their injuries, and willingness to use and exploit both showed how nasty and bitter this rivalry truly was despite their veiled compliments and assurances it wasn’t in previous interviews, skits, and promos.

The story is not over and there’s still more to come.