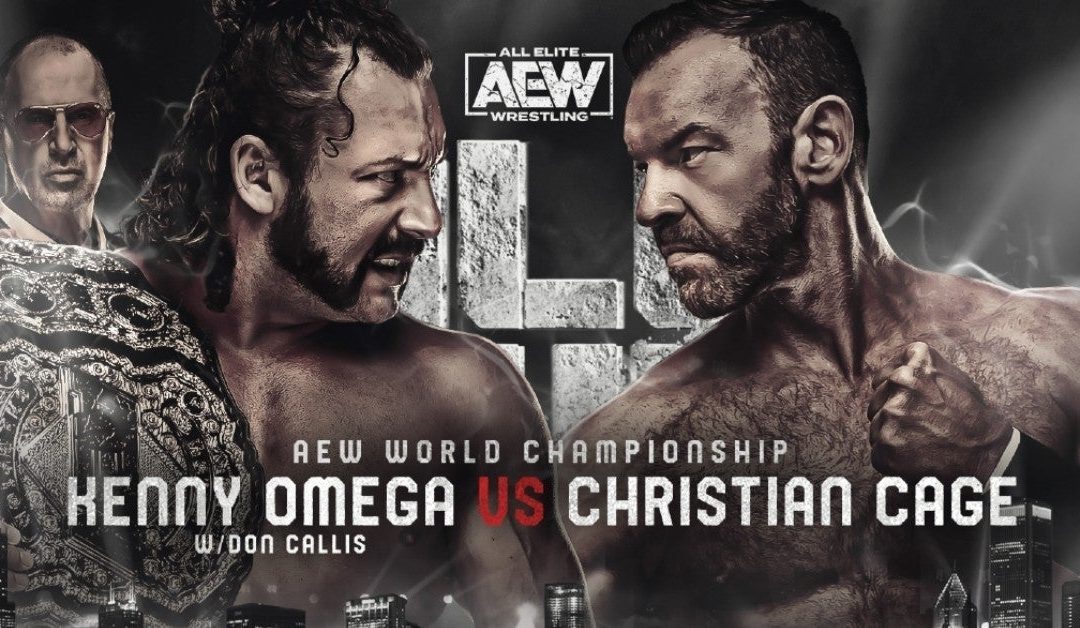 I didn’t live through the Monday Night Wars, not most of it, at least. I was born during the year 2000, meaning I could barely walk when WCW went under. I became a wrestling fan at the age of nine in 2010. Because of this timing, whenever I hear the stories of the mythical era of rating wars and larger-than-life superstars, it has often felt more like folklore to me than anything else. I imagine that the feeling of watching AEW’s most recent PPV must have been how the business felt all those years ago.

I’ve listened to older fans reminisce about the attitude era and long for those days to return. We are living through a new era right now. One where the biggest stars of the industry are no longer confined to one company. The excitement I felt in the NOW Arena during All Out was great enough to rival my previous favorite moment at a live wrestling show, which was seeing two of my favorite wrestlers of all time, Kazuchika Okada and Hiroshi Tanahashi, wrestle a live match before my very eyes in Dallas during the opening night of the 2019 G1 Climax.

There was one key difference between that moment and this show for me, though. The electricity, excitement, and passion of the fans in attendance were powerful enough throughout the entire night to rival the Okada / Tanahashi match. Wrestling is damn great and I’ve never loved it more.

I went to Chicago with my brother, my only long-time wrestling friend who watched all the shows with me for years. We watched in awe simply taking in possibly the best pro wrestling PPV of all time. I’ll never forget the experience as long as I live. So basically, if I seem a little biased, that’s why.

Jurassic Express and Best Friends vs The HFO

This was a great way to start the show and the perfect match for the Buy-In preshow. Above all else, this match was fun. It felt like all ten guys were all having the time of their life in the ring for time they had. Ultimately this match felt like it primarily existed to get Jungle Boy and Orange Cassidy on the show. There were dives, comedy spots, and near falls aplenty, and in the end, the good guys won because there was no reason for them not to. BUT WAIT! After the match the Butcher returned looking manlier than ever and the segment closed with a fun brawl. This was everything it needed to be. ***

This feud hasn’t gotten a ton of time on television, but these two guys are some of the best talkers in the game, and they did an excellent job with what they had. “Take my hand, we’re gonna walk through hell together. Then maybe when we’re done, you’ll get to go to your God’s heaven.” That’s such an awesome line. Over the past year, Kingston has grown to be one of my favorites, and he received a hero’s welcome on this show.

My favorite spot was simple but super clever. Kingston was in the corner holding on to the turnbuckle, and Miro yanked him so hard with a German Suplex that the top turnbuckle pad was ripped off and flew in the air. Some may have mixed feelings of Miro going all EVIL with the low blow victory, but I think it’s a great development because Miro has finally met a man he isn’t confident he can beat clean. This could lead to a bigger match down the line, which I am all for. ***½

Seeing big match Satoshi on American soil in front of a passionate crowd that respected him was awesome. I was interested to see what kind of reaction he would get, and thankfully Chicago treated him with respect he has valiantly earned over the years. There were even dueling chants at one point. These two hit each other really hard. Oh yeah, there were a lot of chops too. This match was everything I hoped it would be, and it served as a great addition to the variety of the show as a whole.

Mox picked up the win with the Death Rider to close a really good match. Then the first big moment of the night happened. The second Minoru Suzuki’s music hit, the arena became unglued. You could probably hear my excited screams on television (and I was sitting in the upper level). Then Mox and Suzuki had a mini banger in the form of a strike exchange and a Gotch-Style Piledriver. Amazing moment. ***¾

I can report that Kris Statlander is, in fact, over. They had a really fun match that peaked much higher than I was expecting, given I don’t think anyone thought Statlander had a shot of beating Britt Baker. The most significant moment of the match (and legitimately one of my favorite moments on the show) was when Orange Cassidy showed some fire and yelled at Statlander to get back in the ring and continue fighting in a great character moment. Ultimately Britt Picked up the win, yet Statlender looked great in defeat. ***½

This was the greatest match I’ve ever seen live. It was the greatest steel cage match I’ve ever seen, and it was one of the five best tag matches I’ve ever seen. From the Lucha Bros superstar entrance to their big win, this was special. The live performance, the break-neck pace, the spiked shoe, Penta sacrificing himself to save his brother, there is too much to say about this match. I’m planning on writing a piece specifically about this match soon, so I’ll save the analysis for that. This was an all-timer *****

As bad as battle royals usually are on T.V., they are even worse live. With that said, the last few minutes of this match were really good. Ruby Soho received a crazy welcome from the fans who couldn’t wait to see her, and the closing stretch with Thunder Rosa made up for a relatively messy match. The match succeeded in establishing several different storylines running concurrently in the women’s division, which is great to see. The future is bright, even if this wasn’t the best. **

In my opinion, this story should have ended with the Stadium Stampede match. With that said, the Labors of Jericho storyline was a great idea to keep this feud going. But then MJF beat Jericho a third time on television, and this final blow-off match felt pretty cold, especially with the retirement stipulation that no one in the arena ever bought. They tried, but I’m just not a huge Jericho fan at the end of the day, and there was no reason MJF needed to lose this feud.

You can argue that Jericho made MJF by giving him a lot throughout the rivalry, but what people will remember about this feud is that Jericho won in the end. As for the match itself, it wasn’t great live, but rewatching it later, I noticed little things like callbacks and great facial expressions. They worked hard, and to dusty finish tease at the end was a great choice as that was the only thing they could have done to convince the crowd that Jericho had lost. All in all, not bad, but disappointing. ***½

The only feeling that could match seeing a live Okada/ Tanahashi match with 5000 other hardcore New Japan fans was seeing CM Punk’s first live match in seven years in Chicago. I am truly blessed to have been able to be in attendance. Punk could not have asked for a better hand. The hot crowd and the great choice of an opponent almost ensured his success.

The two men delivered as Darby bumped his ass off for Punk, and Punk didn’t feel like he lost his step. That’s pretty amazing, considering I was there for KENTA’s first match outside of WWE in four years, and there was a clear regression for him. The match structure also worked in favor of Punk, given that they worked at a slower pace that was all about building the big spots at the end. A legitimately great match and an all-time special moment. ****¼

This was everything it should have been. It was a three-minute house show match to give the crowd a break before the main event. Cool. **

The crowd was so tired when this match started that they weren’t even going to pretend that they disliked heel Kenny, so they respectfully cheered both guys. I always say for matches like this where the finish is a foregone conclusion that the goal of the competitors has to simply be to convince the live crowd that the challenger has a chance. With that said, though, these

two men did everything in their power to do just that, and the crowd never really bought it.

All in all, this was a great match in front of a crowd that wanted to get into it but could only give about 50% of their energy. Despite that, the crowd enjoyed it, and I think that speaks volumes for  Christion Cage. If they were in Cage’s position, there are many guys that the crowd would have turned on them. Christian Cage is not Adam Page, but the fans accepted him anyway because that’s how much they respect him. I also must confess a bit of bias here. When I started watching wrestling Christian was one of my favorites, only behind John Cena and Rey Mysterio. Seeing one of my first favorite wrestlers in a big title match after being retired for seven years against the man who is in many ways responsible for my religious fandom of pro wrestling in Kenny Omega was a huge deal for me.

Having rewatched this match, I can confidently say that even though the crowd was tired, Cage and Omega are great, and they did the absolute best with what they had. I was very happy with it. ****

We all know what happened next, Adam Cole, Bryan Danielson, and one of the all-time great segments in pro wrestling history. This felt like a turning point for the company. Cole and Danielson aren’t Hall and Nash.

For me, a 20-year-old passionate wrestling fan, they are bigger. And this was a moment that I had never seen the likes of in my life. Words can’t describe the feeling of being there for this monumental night. So I’ll just say this. Pro wrestling is Damn great. This was a perfect show and an all-time great PPV.