Apollo Crews : Coming From A Black Fan, WWE Better Not Mess This Up 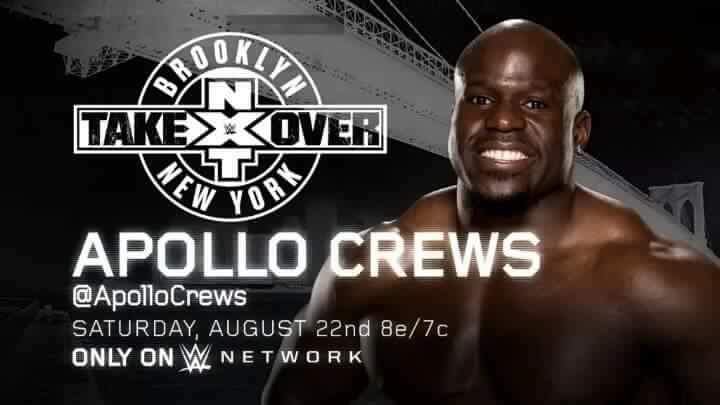 Apollo Crews aka Uhaa Nation will make his NXT debut, Saturday August 22nd, on the WWE Network at NXT Takeover Brooklyn. Crews has been wrestling dark matches in NXT for a few months, and wowing audiences across Florida, and elsewhere, while the powers that be worked on how to present the latest Indy King, who follows in the footsteps of Kevin Owens, Sami Zayn, and Finn Balor. Now the easy answer is, “Well just let him go out there and be a great athlete!”

Unless you’ve been under a rock, you may have noticed WWE has come under fire in recent times for the use of it’s African American performers. Plenty of them are great athletes. Kofi Kingston is a human pogo stick, Titus O’Neil and Big E look like the definition of power, even the elder statesmen R-Truth and Mark Henry possess world class power, and in Truth’s case agility. A buddy of mine joked that WWE has segregated all the black performers in the tag team division. With every joke comes a bit of truth, and seeing The New Day wrestle The Primetime Players in a tucked away from the spotlight tag title match, month after month just makes you wonder. In Apollo Crews, WWE potentially has an unholy cross of a young Scotty Steiner meets 2 Cold Scorpio ready to be every bit of the great performer he can be. Yes, a cross racial reference.

Look at this video here…

Furthermore, WWE cannot afford to marginalize Crews in any way. Outright race angles should be the furthest thing away from what WWE does with him. Allowing Crews to develop a genuine personality outside of his race, rather than the Michael Hayes “being black IS his gimmick” line of thinking would allow him to connect with a much wider range of fans. While I think they’re past that, they can spare us the mentions of him being the first Non Samoan heritage African-American champion. So far he’s being pushed as this incredibly athletic smiling babyface, which doesn’t tend to work for black wrestlers, but his indy credibility may be enough to get him through any backlash. 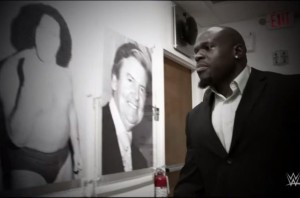 While his wrestling name reeks of “Let’s just tie him to famous black guys!” those men being Apollo Creed of Rocky lore, and Terry Crews, it could be worse. There was a wrestling pimp named The Godfather for christ’s sake. The racial controversy surrounding Hulk Hogan may have opened a door to push Crews to the top. However, as a black man, I don’t want to see a guy rewarded simply because Hulk Hogan decided to drop enough N-Words to make Clayton Bigsby blush. I want to see him given a chance to get to the top based on his talent, and connection with the fans. Ideally, treated like everyone else.

If WWE messes this up, fans of all colors will be left wondering what happened, but at least those in the Wrestling media will be able to accurately report on what went wrong. Hopefully, we’ll never have to tell that story.