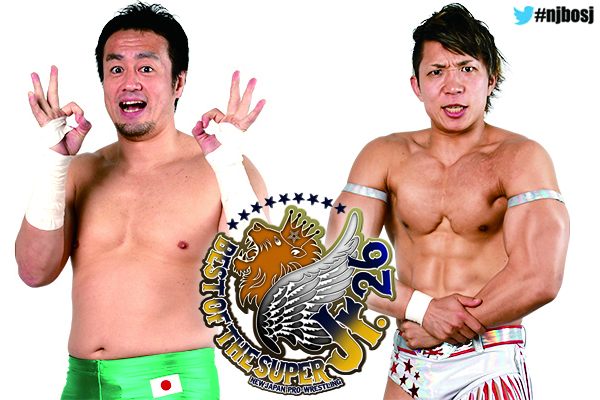 Night 2 of the Best of the Super Juniors was solid but couldn’t match the previous night’s semi-main event. It consisted of 5 matches, DOUKI vs Ren Narita, Robbie Eagles vs Rocky Romero, Bandido vs El Phantasmo, Will Ospreay vs Bushi, and Ryusuke Taguchi vs YOH.

Neither of these men were originally scheduled for the tournament, with them replacing El Desperado and Flip Gordon. I thought Desperado had potential to go to the finals this year so we’ll see how it plays out. Douki came out with Taichi. Douki seems to be working with Suzuki Gun, but it is unclear whether or not he will be joining.

Ren Narita started off with some amateur wrestling moves. Douki looked decent too. He was shown to be destructive and violent. He used a chair within the first 2 minutes of the match. They had a nice exchange sequence. This short match ended with Douki taking the win. Afterward he and Taichi attack Narita.

Surprisingly this may have been the best match of the night. This match really showcased Robbie Eagles as a dangerous killer. He targeted Rocky’s leg throughout the match, eventually winning the match with a Ron Miller Special. While the Sniper of the Sky’s looked wonderful, the real story was with Rocky Romero. Clearly the underdog in this match, Rocky Romero looked fucking great.

The story here that was visible in the match, and amplified by the English commentary was that Rocky couldn’t keep up with the younger newer generation of junior heavyweights. Eagles targeting the leg and having Rocky limp out after the match illustrated how Rocky’s age may have been the cause of this loss, and how the leg injury may cost him more matches in the tournament. Overall great match and great storytelling, I did not expect this one to be this good.

Both of these men are great performers and this was a decent match. While it wasn’t anything special it still had a couple of big moments that displayed what these two men are capable of. Bandido hit a moonsault press which weirdly the crowd didn’t pop much for (They popped a little, but not to the extent that I would have expected).

In fact, the Japanese crowd did not seem very interested in either of these men(probably due to the unfamiliarity). ELP eventually won after a medium sized bout. It established Bandido as a daredevil who amazes in the ring, and ELP as a cocky heel. Overall it could have been better but could have been significantly worse.

Will Ospreay vs BUSHI

This really played on the fact that Bushi cost Ospreay a spot in the final last year. At the start of the match, Ospreay was much bigger than Bushi and this was clearly visible. He kind of used this to his advantage but later it wasn’t as important. The match went to the outside real quick with a pretty cool rana from Bushi. Bush’s eventually targetted Ospreay’s arm which caused him to gain the upper hand. The match ended with a Stormbreaker from Ospreay.

Match overall was okay. An important factor the English commentary brought up was Ospreay’s ascension to the Heavyweight division and how it was important he didn’t forget where he came from. Expect Ospreay to go far in the tournament and Bush’s to stick around the middle.

Now while this was a great match, I don’t think this would have been the main event has the not been in both of their hometowns. The match was overall ok. Nothing too flashy, but we got to see the return of serious Taguchi instead of a comedic one. The match was decent but I would have preferred the previous match to be the main event just because of star power. Match ended when Taguchi transitioned from an ankle lick to a Dodon for the win. Taguchi and YOH both looked pretty good and I hope we see more of Taguchi in the rest of the tournament.

Overall great show. Romero vs Eagles was spectacular. Rest of the matches were decent as well. Overall rating 7/10.