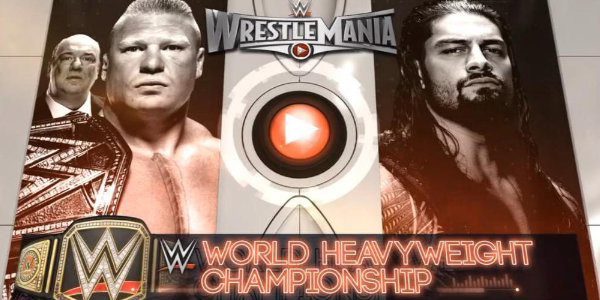 Wrestling fans got an early WrestleMania gift on March 24TH when it was announced that WWE World Heavyweight Champion Brock Lesnar re-signed with World Wrestling Entertainment. For months it was speculated that he was plotting a return to UFC. Brock even went as far as showing up at a UFC event, to throw gas on the fire.

Brock Lesnar revealed he re-signed with WWE on ESPN’s Sportscenter during an interview with Michelle Beadle.

“Im officially closing the door on MMA,” Lesnar told Beadle. “I re-signed with WWE last night. We came to a conclusion last night. The offer on the table, I just could not refuse.” –Brock Lesnar via WWE.COM via ESPN.

As one could only imagine, the deal is surely in the upward millions. Lesnar’s recommitment to the WWE is a major coupe for not only Vince McMahon, but he might have saved WrestleMania with his signature alone.

Don’t get it wrong, people are still mad Daniel Bryan will be in a 7 man ladder match, and Roman Reigns is still getting booed out of Levi Stadium, there’s no way around that. But the seemingly forgone conclusion of Reigns ascent has been erased. Not only should Brock Lesnar defeat Reigns, but also WWE must use this as an opportunity to rebuild him as a sympathetic figure. But first, lets look at Brock.

Brock Lesnar is a one of one. None before him, none to come. The previous logic pointed to WWE siphoning Lesnar’s aura from breaking the streak, into a title reign that would be fed to the next rising star (Roman Reigns.) With Reigns’ struggling to fill the role of The Next Big Thing, WWE can slow down the process, instead of rushing a title win no one is signing off on. Plus, things just don’t work like that. In that case, Reigns should have just broken The Streak for himself.

Admittedly, Brock Lesnar holding the WWE Championship hostage isn’t the most exciting thing in the world, but if fans are willing to be patient, numerous intriguing matches are available.

How about the match everyone wants to see, Brock Lesnar vs Daniel Bryan headlining SummerSlam in Brooklyn? Or Lesnar moving into a program with Bray Wyatt or Rusev, where open cheering for Brock would be encouraged?

Mr. Money in the Bank, Seth Rollins can always be considered a threat, as he’s a briefcase away from the main event scene. Rollins is hate able enough to cash-in on Brock, and have Lesnar fight to regain the championship. Which would be incredible to see. 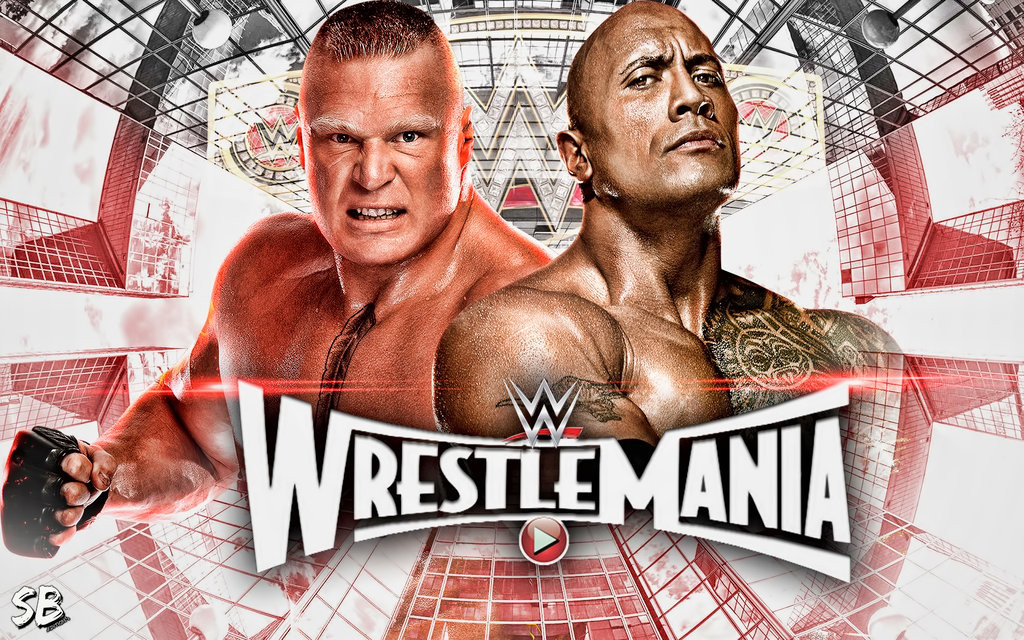 While those matches are just speculation, we might well address the match that has become the elephant in the room, Brock Lesnar vs The Rock II. Honestly, I’m not a huge fan of this match happening, but in calling a spade a spade it’s probably in WWE’s best interest to make this happen. Guys of their caliber just don’t cross paths in their careers that often. WrestleMania 32 would be the ideal stage, but would having two part timers clash for the title really be the best decision for the long term?

Paul Heyman often goes on diatribes about Brock Lesnar being a once in a generation talent, and he’s absolutely right. However, everything Brock is, Roman Reigns seemingly isn’t. It’s been a struggle since the Royal Rumble for many fans to get on board with the supposed “Handpicked Champion.” As an early supporter of Reigns, I found myself torn on his position and performance heading into this biggest show of the year.

After WWE trafficked hope, in the form of putting Daniel Bryan and Reigns against each other for the main event spot at Mania, Reigns was hidden in plain sight on numerous occasions. He was the man used to build the Randy Orton and Seth Rollins feud for weeks, while WWE apparently forgot he had a date with Brock Lesnar on March 29TH. Paul Heyman did the work of 1,000 men as he carried this feud without much involvement from either man.

In the end, a tug-of-war over the championship went over with fans as well as me trying to join those guys from Oklahoma that were chanting something about The S.A.E. The only thing that may have saved the build for this match was securing Lesnar’s signature, to remove the cloak of predictably that covered this contest like Deion in his prime. Wrestling fans want to be had. We are willing to buy into the theory “Anything Can Happen” over and over again, until our collective intelligence is insulted.

Where WWE goes on Sunday is anyone’s guess. Let’s just hope they don’t cheat the process in doing so.