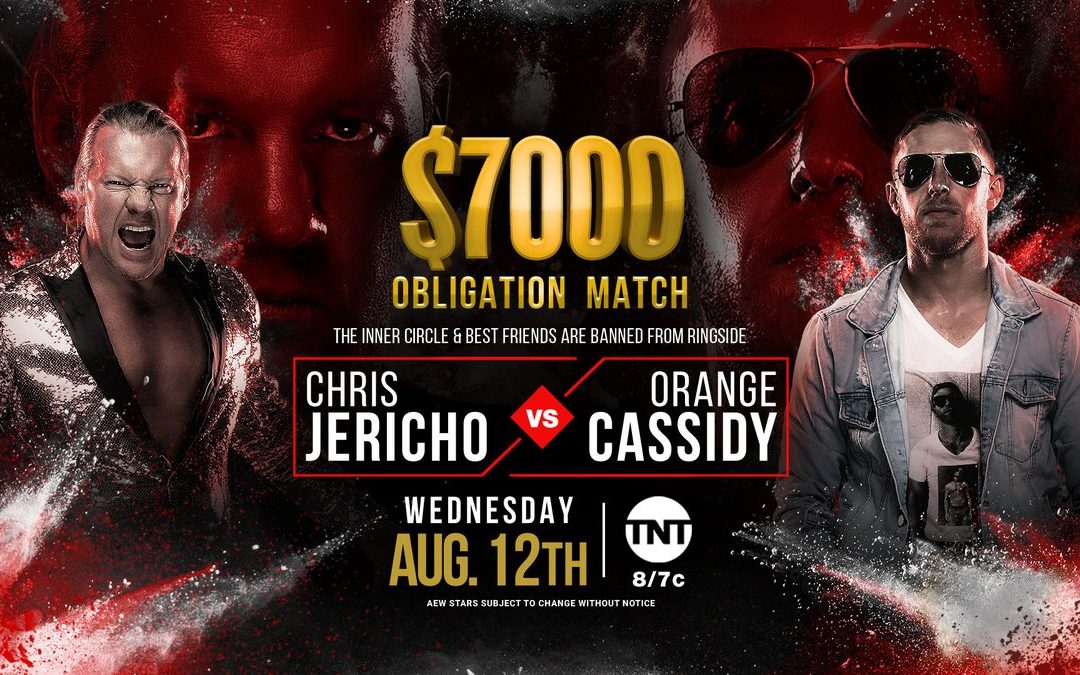 It’s Tag Team Appreciation Night this week on AEW Dynamite. I’m not quite sure why we have two big singles matches on Tag Team Appreciation Night. Regardless it looks like another exciting Dynamite card that will bring us closer to All Out. It’s now confirmed that Jon Moxley will be defending the AEW World Championship against MJF at All Out. By the end of this week’s episode, I believe we’ll start to get a clear picture of what the rest of the All Out Card will look like. Let’s take a look at the AEW Dynamite preview for August 12th.

Tag Team Appreciation Night will feature special appearances by the Rock ‘N’ Roll Express, Arn Anderson, and Tully Blanchard. Since Tag Team Appreciation Night was FTR’s idea and they’re not scheduled for a match, I believe they’ll somehow be featured in this segment. Over the last several weeks, we’ve seen FTR have interactions with Arn and Tully. We also have seen FTR tease the possibility of a new Four Horseman faction.

This segment could be the catalyst that puts things in motion for the creation of new Horsemen. Growing up I always loved the concept of “Four Horsemen style” stables. I was a big fan of Evolution and Fortune (remember them?). I think I enjoyed stables that emulated the Horsemen because I never got a chance to experience the Horsemen at their peak. My grandfather would tell me stories about them all the time.

At this point in my fandom, I’m not clamoring for a new Horseman stable. Don’t get me wrong. I love stables and factions. AEW has been doing a great job of utilizing the units they’ve created. However, I feel like AEW can be a little more creative than just making a Horsemen wannabe stable.

This is the match I’ve been looking forward to since Evil Uno and Stu Grayson signed with AEW. These two teams have a long history of great matches in various promotions. The match that I’ve seen from their long rivalry was the match from the 2018 ROH/NJPW War of the World Tour. That was a great match and I’m expecting this one to be too.

The Bucks have been barely hanging on to their number four spot in the rankings. Based on the rankings on August 5th, Uno and Grayson are ranked number three. The Bucks need to win here. Not only to get revenge from last week but to get closer to a tag title shot. Defeating Uno and Grayson would elevate them to the number two or number three spot.

The number five ranked Jurassic Express will be getting their first shot at the AEW Tag Titles. The last time Kenny Omega was in the ring with the Jurassic Express it was in a trios match a few weeks ago on Dynamite. Kenny teamed up with the Bucks to defeat the Jurassic Express. In that match, Kenny was being a complete bully to Marko. After pinning Marko, Kenny continued attacking him and had to be pulled off by the Bucks.

On the Being the Elite episode after that match, Kenny was forced to apologize to Marko. The apology was far from sincere. Also on BTE, they’ve continued to tease Kenny returning to his heel Cleaner persona. I think we are one big miscommunication away from Kenny turning on Hangman. Especially since Hangman has become BFF with FTR. Even with all the tension between the champs brewing, I think they’ll retain which will lead to them defending against FTR at All Out.

Last week after Matt Cardona and Cody defeated the Dark Order, Cody was challenged by Scorpio Sky. After SCU lost their tag title rematch, Scorpio decided to focus on his singles career. In the last few months, he’s become the king of AEW Dark. Through all his victories on Dark, Scorpio has achieved over 20 career victories which only a couple people have done. It seems like a big Scorpio singles push was coming. However, for whatever reason Scorpio has been left off Dynamite. With his won-loss record, he should be in the top five singles ranking.

This week we’re finally getting Scorpio back in action on Dynamite and he’ll be challenging Cody for the TNT Championship. Cody has been worn down by weekly TNT title defenses and won’t be coming in at 100%. Floyd from All Things Elite, predicted this match going to a 20-minute draw which would set up a rematch at All Out with a longer time limit. I think Floyd’s prediction makes the most sense and is the scenario I want to see happen. Although I have a bad feeling in my stomach, that Cody will beat Sky and then defend against Cardona at All Out. I hope that’s not the case.

The Super Wednesday debate between Jericho and Cassidy was money. It was a star-making performance for Cassidy. That segment has set the stage perfectly for this week’s match. The interesting thing here is that both Inner Circle and Best Friends are banned from ringside. With those two units restricted to watch backstage, I think this opens the door for someone else to interfere in this match. We could see Mike Tyson return and cost Jericho the match. Which then would lead to a match at All Out. Whether or not someone interferes I think we’re going to see OC pull off the big upset victory.