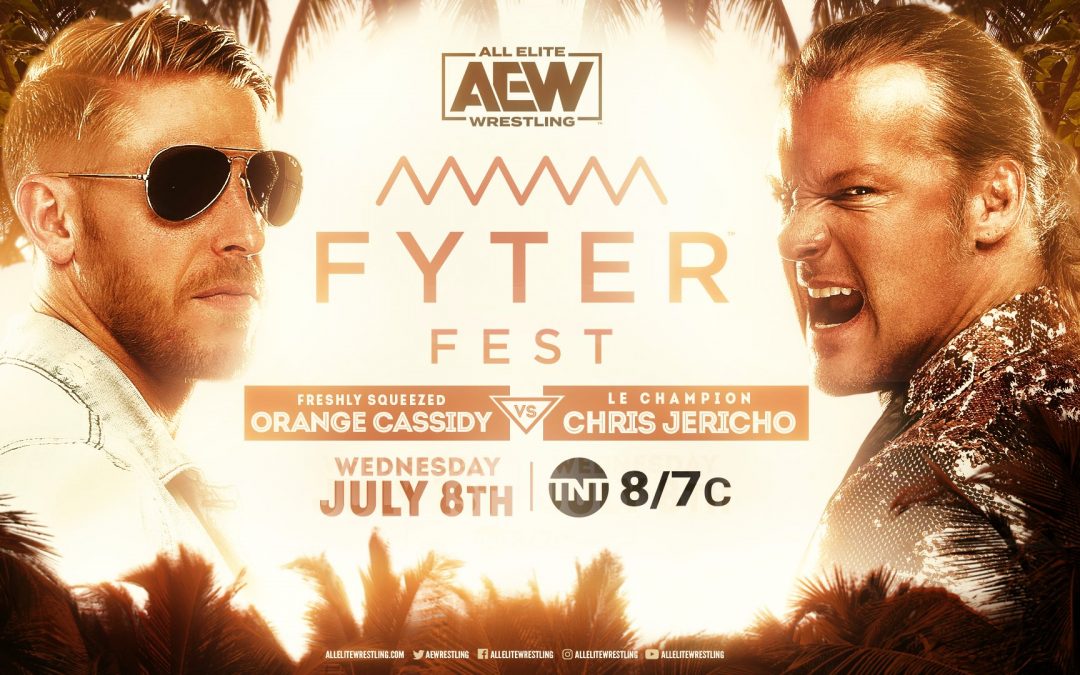 Night one of Fyter Fest was one of the best-televised wrestling shows of the year. The show had a New Japan style pacing with only one talking segment. I thought that the opening match between Jurassic Express, MJF, and Wardlow was the match of the night. If you want to hear my full thoughts on night one, I made a guest appearance on last week’s episode of All Things Elite.

On paper night two might not look as good as night one. However, there are a lot of intriguing stories happening in all these matches. At the end of the night, this week’s show could end up being better than night one. Let’s take a look at what’s planned for night two of Fyter Fest.

The Native Beast has been on the back burner since she lost the AEW Women’s World Championship. With no opponent announced, I assume she will be facing an enhancement talent. This will probably be a quick squash match which will allow time to focus on Nyla’s special announcement. I’m very curious to see what this announcement will be. Maybe she will be calling out Shida for a rematch or maybe she’ll announce a new faction. Your guess is as good as mine.

Lance Archer is another person who has been looming in the shadows after a loss at Double or Nothing. If you watch AEW Dark you know that Archer has had his eyes on Joey Janela. Following that, Archer attacked Joey on Dynamite a few weeks ago. It hasn’t been made clear why Archer choose to attack Joey.

Jake Roberts has lost control of his Murderhawk Monster. Which means this could a very painful night for Joey. Luckily for Joey, he’s not afraid of dying and will not back down from Archer. Doing some research, I discovered that Joey has never won a match on Dynamite. Unfortunately for Mr. Janela that Dynamite losing streak is most likely being extended.

The Dark Order has been heavily recruiting new members. While Alex Reynolds and John Silver have been recruiting Orange Cassidy and Trent’s Mom, Mr. Brodie Lee has been focusing on Colt Cabana. The Dark Order promise to turn losers into winners. Brodie gave Colt a little taste of this promise when they defeated Janela and Sonny Kiss on Dynamite a few weeks ago.

Now Colt will be teaming up with Brodie again and Stu Grayson. This time they’re facing off against some of Colt’s closest friends in AEW. When Colt debuted at AEW Revolution, he helped SCU fight off against the Dark Order. Colt has a big decision to make. Does he officially join Dark Order or does he stick with his buddies SCU? I have a hard time seeing Colt as a heel so I think at some point in this match we’ll see him link back up with SCU to fend off Brodie and Stu.

Unfortunately, Jon Moxley vs. Brian Cage had to be postponed. But we do get another Omega and Page tag title match. Private Party earned this tag team title match by defeating Santana and Ortiz last week. This should be a fun high paced match with a ton of flips. I love Private Party, but I don’t think they’re quite ready for the titles.

FTR & The Young Bucks vs. The Lucha Bros. & The Butcher & The Blade

We have a lot of combustible elements here. The Young Bucks and FTR have a weird mutual respect relationship going on. That can’t last forever. Both of these teams have two completely different wrestling philosophies. FTR believes in the traditional southern style tag wrestling. On the other hand, the Bucks believe in the fast-paced indy style. Both of their styles have brought them success. But will they be able to put these styles together to get the win? Their conflict styles could be a recipe for a disaster.

It will also be interesting to see how Lucha Brothers, The Butcher, and The Blade work against Bucks and FTR. We got a sneak peek of what that would like on this week’s episode of AEW Dark. Based on their match on Dark, these teams seem to be on the same page and worked very well together. If the Bucks and FTR can work together without any conflict they should be able to pick up the win. However, if there ends up being a conflict between them, Lucha Brothers, The Butcher, and The Blade will capitalize and take them out.

Tony Khan announced on Twitter that Taz and Brian Cage will be interviewed by Tony Schiavone. He also guaranteed that Taz will make an announcement that will send shockwaves through the world of professional wrestling. I’m not quite sure what the Human Suplex Machine plans to announce that will be so shocking. The only I can think of would be if he announced he’s going to have one more match, which I think is highly unlikely.

Finally, after weeks of confrontations, Orange Cassidy and Chris Jericho will go one on one. Since Jericho is the first AEW champion and one of the top stars, it’s a safe bet to pick him to ger the victory here. However, I think it would be more intriguing to have Orange Cassidy pull the upset victory over Le Champion. Jericho is at the point in his career where a loss won’t hurt. Plus I don’t feel like Jericho is going to back to the world title picture anytime soon. So why not give OC the big win?