How I Would Book A WCW One Night Stand PPV 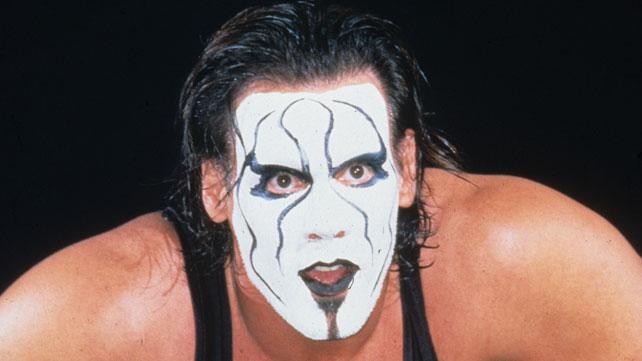 Ever since Sting has emerged in WWE, there have been a theory rolling around on the internet that this is the start of WWE getting ready to produce a WCW One Night Stand pay per view. The feud between Triple H and Sting kind of supports this theory in a way. Triple H claims Sting is here to defend WCW, and wants to destroy WWE and Sting has not denied those claims yet. Despite that, I highly doubt that WWE would seriously consider a WCW One Night Stand pay per view. It would be a very hard show to book considering a lot of the WCW stars past their prime, contracted to another promotion, or simply just hate Vince McMahon and WWE. Also the few former WCW stars that are under WWE contract don’t really like reminiscing about their time in WCW and are glad it’s out of business. Even though I don’t take this theory seriously as some are, I still think it’s entertaining to imagine how a WCW One Night Stand would be booked. Here’s how I would book this show if I could have any former WCW talent I wanted to utilize.

First of all, let’s talk about some supporting roles:

On commentary I would have Tony Schivaone, Mike Tenay, and Mark Madden. 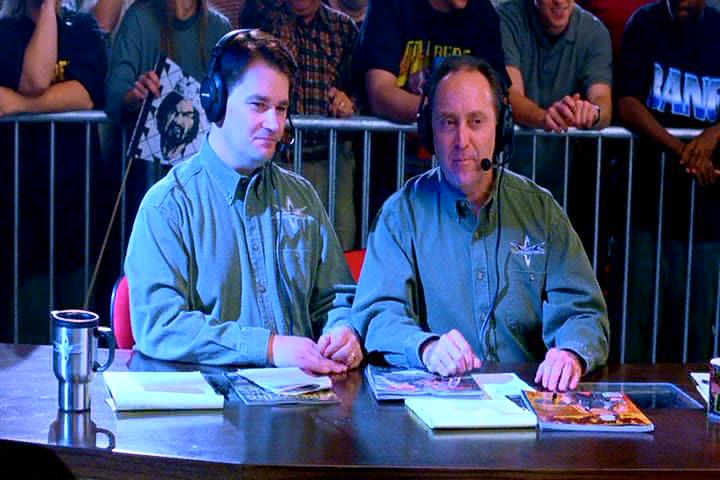 For the referees I would be sure to get Charles Robinson and Nick Patrick.

I would have Mean Gene doing backstage interviews 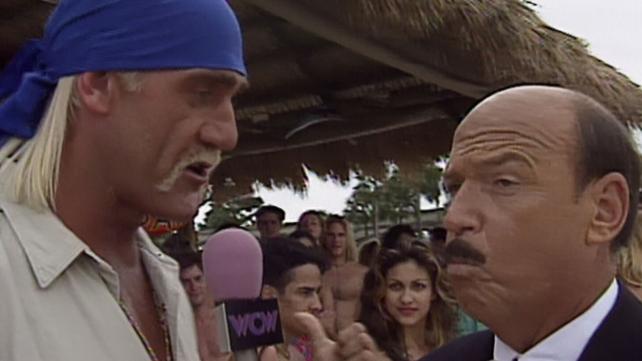 Eric Bischoff would be the authority figure for the night. 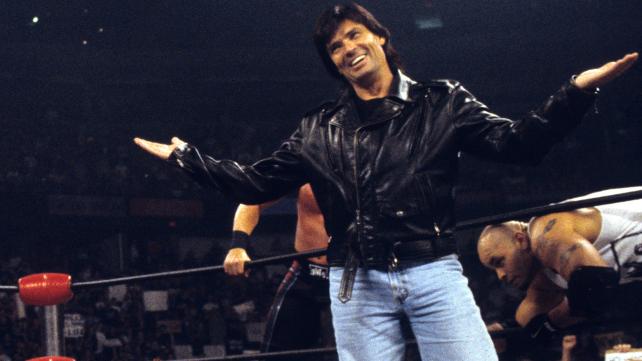 Now that is established, here’s what my card would look it:

I rarely watched WCW during the end of the company and don’t remember much of what was going on. I do remember the stable 3 Count, which consisted of Shane Helms, Shannon Moore, and Evan Karagias. They had a boy band gimmick and their “hit single” was “Dance With 3 Count”. Their most notable rivalry was with a group called the Jung Dragons. The Jung Dragons were made up of Kaz Hayashi, Yang (a.k.a. Jimmy Wang Yang), and Jamie-San (a.k.a Jamie Noble). That’s right, redneck Jamie Noble was a part of an Asian stable. This match would be a great opener with a lot of high flying action. The majority of these guys are still wrestling and are not contracted to major companies and could be easily brought in for one night. 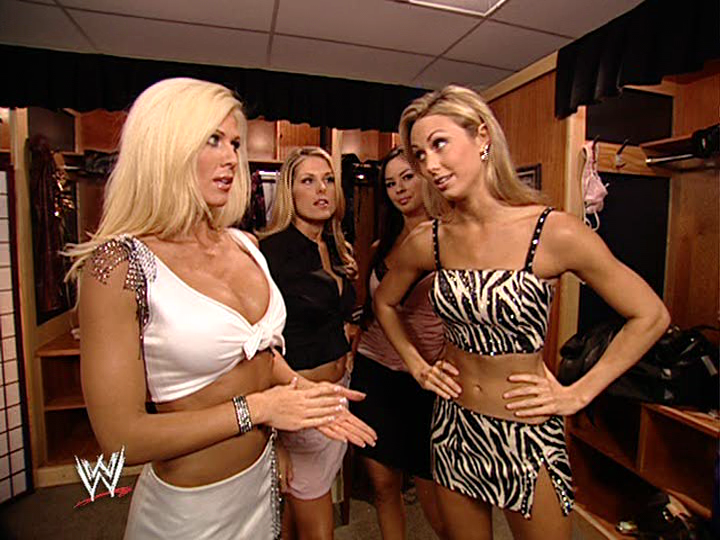 I don’t recall Torrie Wilson and Stacy Keibler every facing off in WCW. They were the two stand out divas that came into WWE with the WCW invasion storyline. This won’t be a great wrestling classic, but who wouldn’t want to see Torrie and Stacy wrestling each other? 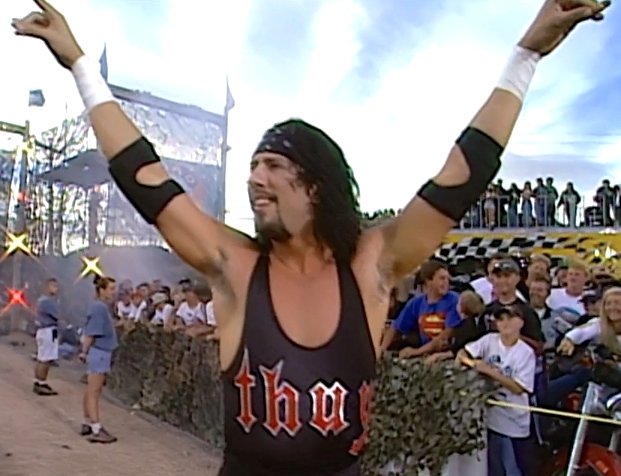 Syxx (better known as X-Pac) and Psicosis were two of the stars of the Cruiserweight division in the early 90s. This match would relive the rivalry between the NWO and all the luchadors. Both of these guys wrestle regularly and should be able to pull off a decent match.

In 2001, Lance Storm and Billy Kidman were a part of two rivaling factions. Storm was the leader of Team Canada and Kidman was a member of the Filthy Animals. Kidman and Storm squared off on the January 8 2001 episode of Monday Nitro. Storm and Team Canada were seeking revenge because the week before on Thunder the Filthy Animals for spray painting their bus. The teams faced off at the 2001 Sin pay-per-view in a Canadian Penalty Box match that saw Team Canada win. I’m not sure how good of shape Kidman is in, but I’m sure he would be able to pull off a 5-8 minute match with Storm who wrestles occasionally on the Independent Circuit and runs his Storm Wrestling Academy. 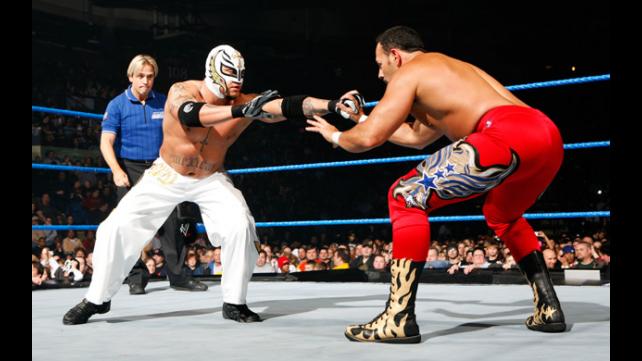 Obviously this would be a hard match to book now considering the issues between WWE and Mysterio. Also Chavo is a part of Lucha Underground and seems happy. The old saying goes, money talks. If I was in charge of putting together this show I’d throw out many zeroes try to make this match possible. I couldn’t any videos of Mysterio and Chavo wrestling each other in WCW, but I’m sure they did. Both were stars of the Crusierweight Division and the members of the LWO. We all know the rivalries they’ve had in WWE and not they can put on a hell of a match. This would be a great tribute to Eddie Guerrero, who I would have booked on this show if he was still with us. 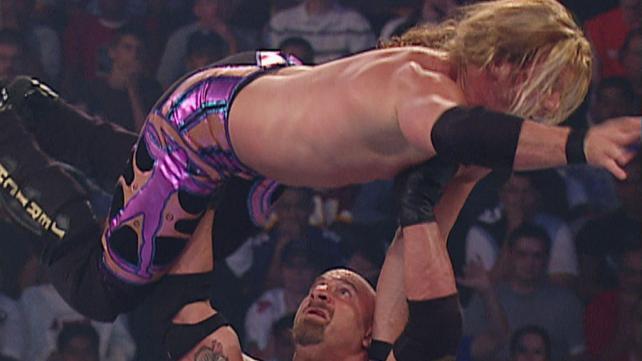 In 1998, Chris Jericho won the WCW Television championship. With that win, he decided he was great enough to challenge the WCW World Champion, Goldberg. For weeks Jericho mocked and taunted Goldberg. Despite creative being against the match it seemed that the WCW fans wanted to see Goldberg shut Jericho up. The two never ended up having a match in WCW, but eventually faced off in WWE. This match would right the wrong of not having Jericho versus Goldberg under the WCW banner. Goldberg has been out of the ring since 2004, but seems still be in decent shape. I’m sure for the right price he would deliver one more Spear and Jackhammer.

We all know we can’t have a WCW One Night Stand without having the NWO. I’m not sure what kind of shape Scott Hall is in and I’m not sure he is healthy enough for one more match which is why I have him in the manager role and have The Giant (Big Show) in the match. Big Show is the only active wrestler on this team and would be probably be carrying the match. I’m sure some of you rolled your eyes with Hogan in the match. Hogan has been training for one more match. He wouldn’t have to take any serious bumps and could be offense for anytime he is in the ring. Their opposition would be the team of Booker T, Stevie Ray, and Diamond Dallas Page. All three of these men have fought against the NWO at some point in their WCW careers. Harlem Heat recently reunited to win the ROW Tag Championships, meaning that Booker and Stevie still have a couple matches left under the belt. I know DDP has limited his in ring activity to Diamond Cutters, but he looked great in the Royal Rumble and could dust off some Diamond Cutters for the NWO. 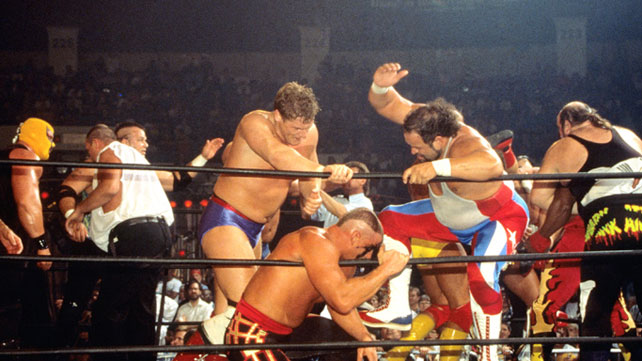 Who doesn’t love a battle royal? This would be a great way to get a lot of WCW stars on this show and would be a good match for those guys who can’t have a full match.

Now I know this main event would probably never happen considering that Jarrett owns his own promotion and will probably never work for Vince ever again. This is definitely fantasy booking, but I’m sure there is some of kind of business deal that could be cut to get Jarrett on this show. Again the chances of that happening are slim, but the saying goes never say never in the wrestling business. Sting and Jarrett briefly feuded at the end of WCW and had a major rivalry in TNA. These two have a great chemistry and could put on a decent main event. Adding in the wild card of Ric Flair as the special enforcer would definitely make this match entertaining.

How would you book a WCW One Stand Pay Per View? Share your ideas in the comments below.