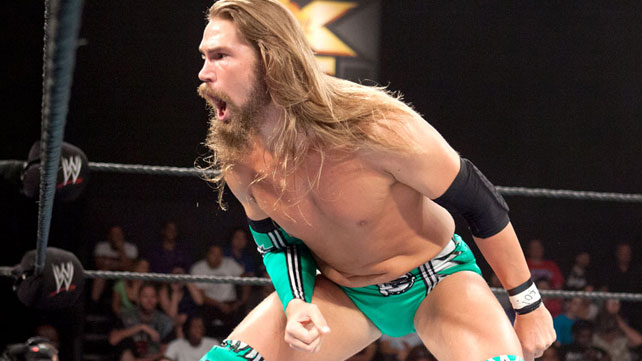 Kassius Ohno, better known as Chris Hero, made his return to NXT at the January 5th tapings. Ohno confronted current NXT Champion, Shinsuke Nakamura. Since Bobby Roode is getting the next title match at the San Antonio Takeover, one would think that Ohno will be built up as the number one contender for the Orlando Takeover taking place Wrestlemania weekend.

Since leaving NXT he’s been tearing it up in PWG, Evolve, and various independent promotions around the world. A lot of people like to knock Ohno for his weight gain. Even though he has gained weight since the last time he was seen in NXT he has been performing at a very high level.

I was very disappointed when he was released from NXT in 2013. Especially since at that time, NXT wasn’t as easy to watch as it is today. So there are several fans, including myself, who haven’t had the chance to see much of his work from his first run in NXT.

I’m assuming eventually WWE will upload old NXT episodes from that time period to the network. In the meantime check out these clips from Ohno’s first fun in NXT.