Latta’s Lariat #11: This is Neville And These Are The WWE Cruiserweights 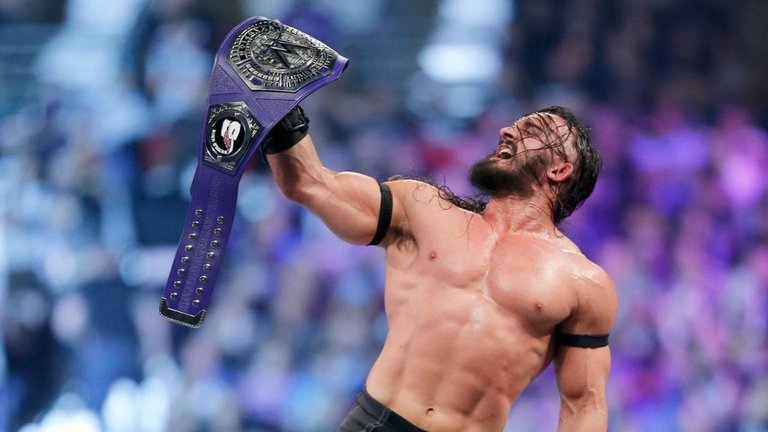 In the movie “The Temptations” based on the careers of the famous Motown singing group of the 1960’s, David Ruffin at a live show at the Copacabana once introduced the group as…

“I am David Ruffin, and these are The Temptations.” Much to the chagrin of the other members, as The Temps prided themselves on group unity and flawless execution. David Ruffin was later excommunicated from the group and went on to have a successful career in his own right.  In the WWE Cruiserweight division though, David Ruffin is Neville and David Ruffin isn’t vacating his throne.

We’re approaching the 1 year anniversary of proper cruiserweight wrestling returning as a marketing idea in WWE, with the critically acclaimed Cruiserweight Classic which led to the birth of 205 Live. To say there has been a stark contrast between how fans have received the two would be putting it extremely lightly. Originally heralded as a groundbreaking platform, for bringing worldwide talent with contrasting styles with the CWC, 205 Live has given birth to a division with a lid on top, as thus far only 1 man looks to have any future beyond the purple ropes in WWE, despite the unique offerings of each member of the division.

The man who has come to define the best of what that division has to offer is none other than The King Himself, Neville. The man, who has made all others bend the knee in deference, has been a reclamation project of the highest order since entering the mix in December 2016. For much of his main roster run prior, he displayed a great ability to have awesome matches with John Cena, Chris Jericho, Kevin Owens and Seth Rollins, but he also tended to get lost for months at a time when the PPV matches were given out. He was as much of “The Man Creative Forgot” as the one gravity did. Neville Should Be Champion Forever At This Rate

His entrance in the division gave way to his new character of being a forgotten ace, and he was able to own the landscape essentially from day 1. As a result of the damage done in the first few months of 205 Live, Neville showed up to a wasteland. The CWC was unfortunately not a reflection of what was to follow. With WWE main event wrestling at such a high level, aside from a few notable exceptions, the styles of these men along with the direction given to them made for a less exciting version of what is done in the heavyweight division.

It’s not like the wrestling that happens each week is even bad at all, it’s really good actually. But the presentation and context are sorely in need of help. For one, usually there is a single cruiserweight match on a given PPV at a time, or it’s put on the pre-show. However, what about everyone else? These guys have no real way to blow off their angles besides weekly TV, which makes their 3-month feuds turn into 7/8 month ones that just drag on until Cedric Alexander and Noam Dar have a best of 50. Seriously, they were on the verge of threatening Dolph Ziggler and Kofi Kingston’s best of 1000 joke between them. If there’s nothing to build to event wise, it just feels regular. Imagine if we took away the Takeover events in NXT and used only the 1 hour a week on the network to build the shows around, I’d imagine we would be dealing with a similar thing.

The WCW Cruiserweight division is looked back upon with reverence, as our memories are frozen in the 1996-1998 golden age, but it took them a while to get started and it only lasted so long. Who knows, maybe wrestling writers come along in 20 years with innovative ways of contextualizing wrestling, and tell us we didn’t realize what we had. However, until then, I cannot call this first year of the return of cruiserweight wrestling to the mass American audience a success.

They have many things working against them, including their time slot, which saw them replace a fan favorite in the now cancelled “Talking Smack”, and a company who has traditionally underserved their style of wrestling. Still, the question remains, why does the cruiserweight division feel like a death sentence? Can a wrestler or cruiserweight match make it to the main event position? Even as the main event of a Monday Night Raw show during the next year? Part of me thinks that if Neville can’t do it, it’s just not possible in that company.

It’s important to remember, WWE did not attempt to start a cruiserweight division with the world’s best Junior Heavyweights. But they did try to reel in Kota Ibushi and Zack Sabre Jr. to anchor different spectrums of the division and they had plenty of choices when it comes to the next level down from the very top.

We should be thankful someone looked over and saw Neville one day hanging out at catering without much to do or else things could be even worse off.  It’s been a turn taking affair amongst his challengers, and will continue to be until WWE lets someone dive on the opportunity to break out from the shackles. I’m still hopeful for the cruiserweights, but without a change in focus, prestige, and execution, these guys are dead men walking and should continue BENDING THE KNEE until further notice. The clock is ticking.