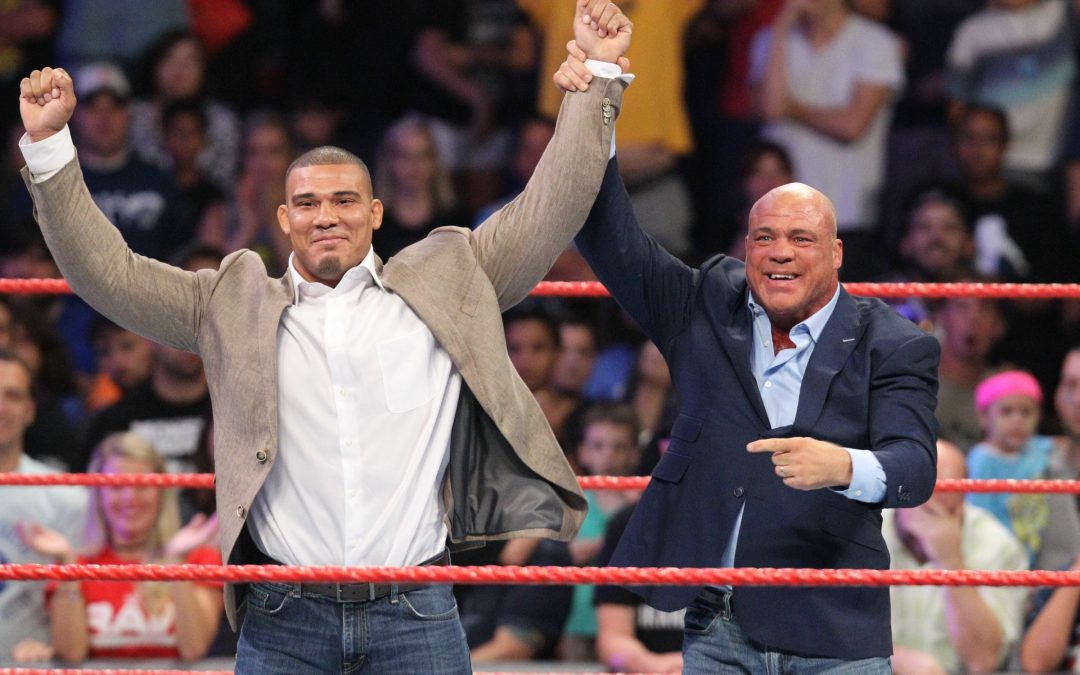 On the July 17th  edition of Monday Night Raw, Kurt Angle was set to reveal a huge secret that threatened his standing as an Olympic gold medalist, could cause him to lose his entire family, and his credibility with WWE. Then he announced something that wouldn’t affect any of that; Jason Jordan of American Alpha was his son.

Yes, in Vince McMahon’s world, siring a child as a college kid that you didn’t find out about until 28 years later is some kind of cardinal sin that a man should be judged for. Newsflash, no one actually cared Vince; people have sex in college all the time with varying consequences. It’s like that old story where Chris Jericho insisted that Vince call CM Punk a bastard, because nothing is a bigger insult in the mind of McMahon than children out of wedlock!

Ok, let’s take this for what it is. Kurt Angle is the RAW GM, who they probably have some hope to get in a ring between now and WrestleMania. Jason Jordan has long been a prospect that seemed to have massive potential, who was in a moderately successful tag team that never hit their second gear on the main roster. Putting these guys together accomplishes two things, it probably lures Angle back into the ring, and it spotlights Jordan about as much as you can without putting The Universal Championship on him. However, I am not certain at all that this is the way to birth a babyface star. With that said, I don’t fantasy book often, but since WWE has decided to roll the dice on Jordan, that’s what I’ll do as well.

Aside from the ridiculousness of us having seen Jason Jordan’s actual parents before, Kurt and Jason Jordan should be shown getting closer and just hanging out backstage on RAW. They would start reviewing old wrestling tapes, telling stories and doing all the general floor building for a story. But along the way something should begin to creep up in Jordan’s actions with the rest of the roster to show that he’s less than the pure All-American son that Angle believes he is. 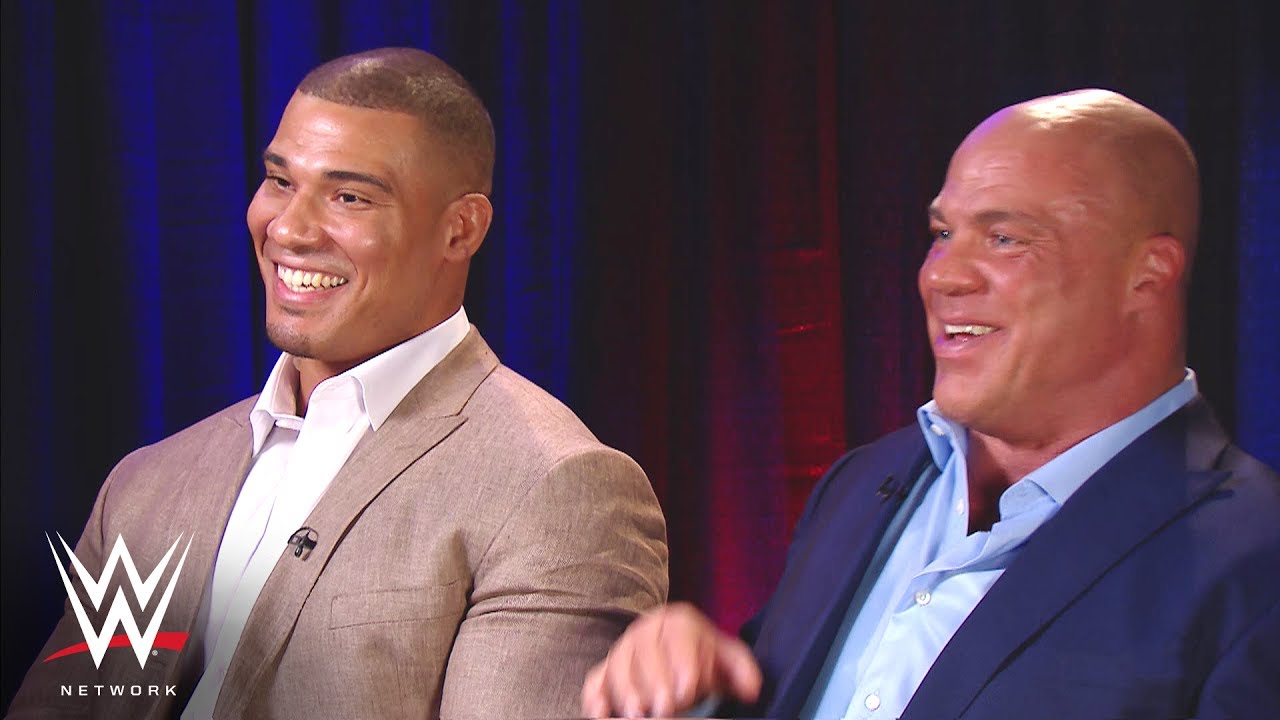 These dudes are now kin.

Blinded by his love for his son, Angle would slowly begin nudging Jordan to places way beyond his league, and booking him to wrestle guys like Roman Reigns, Samoa Joe, Braun Strowman even Brock Lesnar. With those opponents demonstrating that Jordan has a long way to go. This will build a fire of resentment inside of Jordan with going at Angle directly being the only way to put it out. Under the guise of being an overbearing loving parent, Kurt would slowly realize that Jordan isn’t the immediate success he was, and the relationship between Kurt and Jason would begin fracturing until one time a beating from someone goes too far. Let’s say Cesaro and Sheamus for example.

Angle would be forced to essentially “unretire” thus vacating his GM job, to come to the aid of his son, and they will have to rebuild their already contentious relationship. With even odds, they would challenge for the Raw Tag Team Titles at Survivor Series. Angle and Jordan during this time would beat several tag teams, with Jordan basically finding the groove that was lost during the high profile singles matches he wasn’t ready for and carrying the team mainly to limit Angle’s workload. Essentially it would protect him for showcase matches as well.

At Survivor Series, we’d see more of Kurt than we’ve seen of him up until that point in the ring. With him turning the clock back, and having great guys like Cesaro and Sheamus to work off of. At this point, Jordan would get upset, and feel like he is being upstaged by his old man. Jordan would visibly be distraught on the apron while The Bar laid into Angle, all of this building for the career making hot tag for Jason Jordan.

Except, Jason Jordan isn’t actually interested in any of that.

Yes, Jason Jordan will pull the Bad News Brown and walk out at Survivor Series before said hot tag, and Cesaro and Sheamus would finish Angle quickly to retain their titles. After Jordan destroys Angle further, he’ll ask for the mic where he’ll say.

Jordan : “All of my life I had this idea of what would happen the day I met my father. I’d make him feel the pain that I dealt with growing up without him. So I did it. I set up the private investigator, I orchestrated the move to Raw, I manipulated him and his guilt for my own personal gain. People tell me my success now was obviously linked to my genetics. Never have people been more wrong. My success…..COMES FROM ME! My failures….. ME! His ass wasn’t there while I became an All-American in college; he wasn’t there when I was in NXT toiling away when this company had no idea what to do with me! I am Jason Jordan, and now I am an absolute superstar, and I will finish this old man and send him back out of the WWE and my life once and for all!”

From there Angle would be carried out and not be seen until the Royal Rumble where he would enter as a shock #30 entrant to square off with Jason Jordan who was dominating the Royal Rumble. Both men would go over the top at the same time essentially laying the ground work for Jason Jordan vs Kurt Angle at Wrestlemania 34, if Angle loses he must leave WWE. They can always bring him back, whatever.

If WWE wants to make Jason Jordan a top star, and get use out of an older/part time star beyond, “Book him against dudes he actually wrestled 18 years ago in superior matches,” This father/son deal should lead to nothing else than them facing off at some point.

It’s a little bit of the Owen Hart vs Bret Hart feud, but switched to a father vs son story. If WWE doesn’t see Jordan as a big enough deal to eventually fight or retire Angle, then why would they make him son? The execution here will be the key, and I’m here for it.