Latta’s Lariat #25 – Brock Lesnar vs Roman Reigns, Too Early and Too Late? 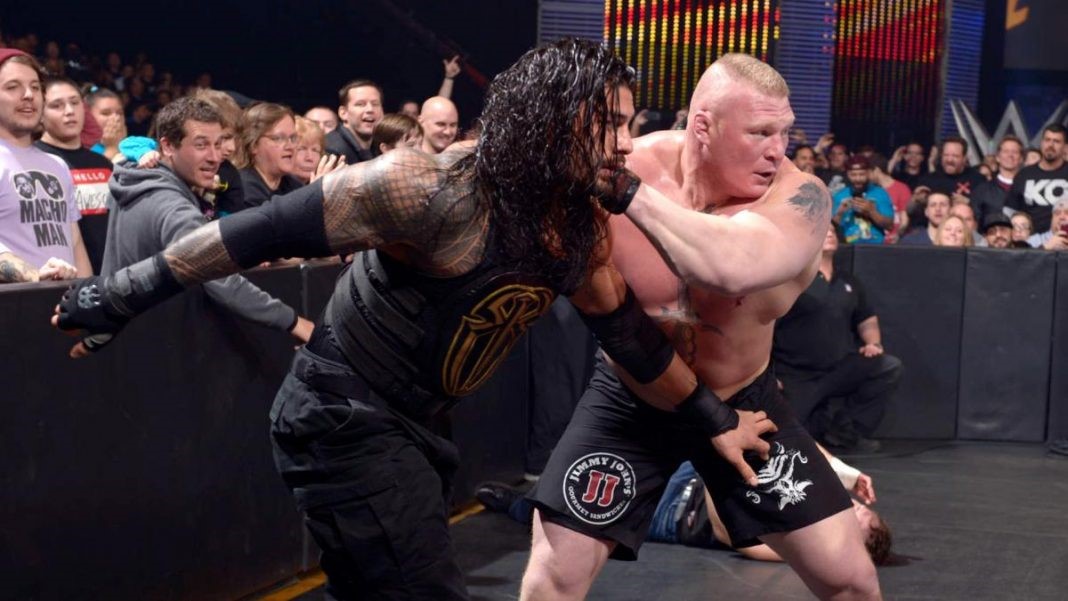 Following No Mercy, it was established that Brock Lesnar and Roman Reigns are clearly being positioned as the two pre-eminent stars in WWE’s short and in Reigns case, long-term future. Braun Strowman’s summer of destruction was sacrificed and potentially lost forever, and John Cena was shown the door into the next phase of his career to lay the foundation for a rematch of the main event of Wrestlemania 31 next year in New Orleans, Roman Reigns challenging Brock Lesnar for the Universal Championship. However, once again it feels like a pre-ordained resignation of the yearly Roman Reigns coronation that seems to keep happening.

When Brock and Roman met at Wrestlemania 31, the prevailing thought was that this was way too early in Reigns career to put him at Lesnar’s level. Now with Wrestlemania 34 on the horizon, it seems like the time this match would have been at its most compelling has passed as well. Roman vs Brock exists in a space where WWE values it way more than everyone else. However, WWE has been hell-bent on giving Reigns victory after victory to finally make him an equal to Lesnar and may finesse fans into thinking this is the match they all want to see. Don’t underestimate the power of the WWE Video Package team.

The only thing is…

It would have been perfect at Wrestlemania 33.

Hell, you could have seen it at WM 32 and saved us both guys having snoozers against Ambrose and Triple H. In the meantime, these two have met in a few multi-man matches, most recently at Summerslam when Brock pinned Roman, all but telegraphing Reigns coming back for him next spring. They’ve dipped their toes in the water with the multi-man match pairings, and become impatient enough to where they actually beat Brock Lesnar clean with Goldberg, negating this mythical heat that was supposed to be transferred from Lesnar to Reigns.

Brock Lesnar vs Roman Reigns is like a great boxing match that we got way too early, and aren’t getting again until the stakes don’t feel the same. Imagine if Canelo Alvarez were to fight a diminished Floyd Mayweather in 2018 or 2019? Lesnar will NEVER be the guy that walked into 49er Stadium again. It also isn’t fair to expect him to retain that aura after all this time has passed.

I’ve heavily advocated that WWE has essentially been on pause since Wrestlemania 31, where they delayed what was thought to be Reigns’ original coronation. While fans cheered wildly that night when Seth Rollins stole the title, we subconsciously traded an unknown number of Wrestlemania seasons to be named later that WWE would use to make up what they couldn’t originally do. 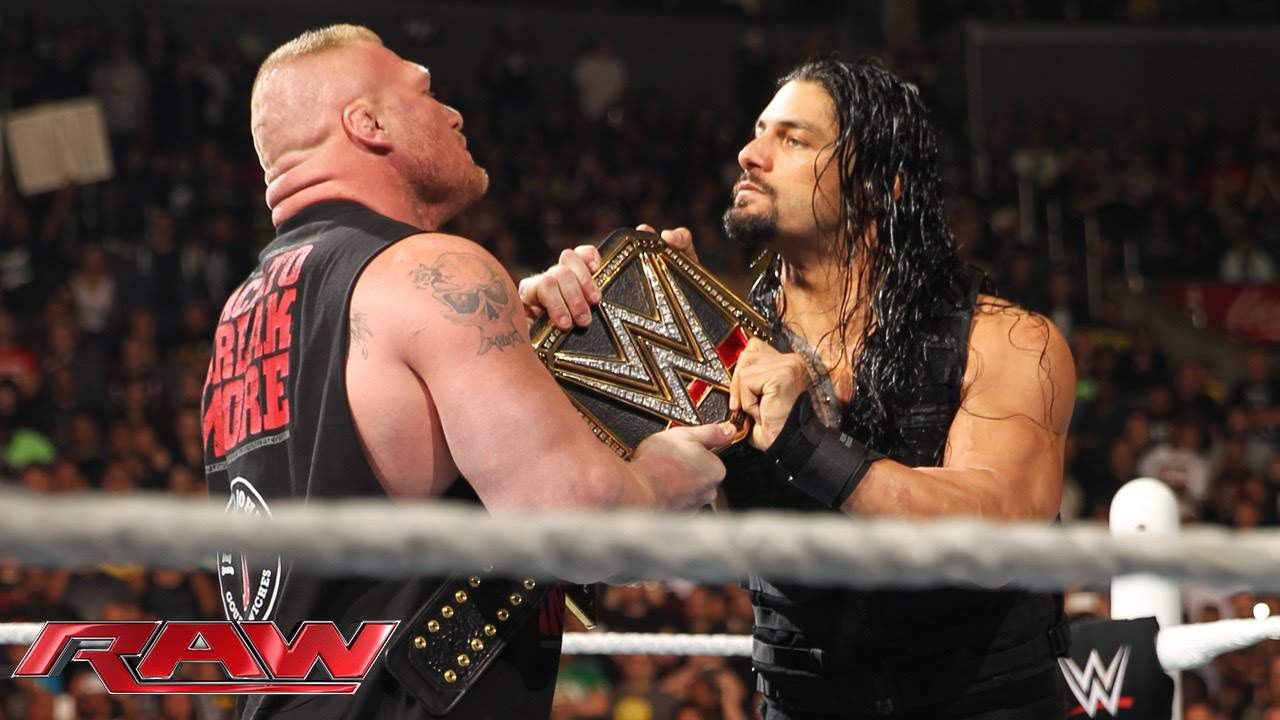 Last time, their feud featured an abysmal tug-of-war over the championship during the go home show for Wrestlemania and Heyman saying absurd things about Roman Reigns to convince people he was a worthy opponent. Who knows what type of hyperbole will be on display before they leave another Wrestlemania crowd that is fatigued from a marathon show, empty inside. The thing about Lesnar’s feuds over the summer is that people wanted him to lose all of them. Both Samoa Joe and Braun Strowman were wildly cheered against Lesnar. Why? To deviate from the seemingly inevitable match that’s never going to come at the right time again.

I’m sure there are some folks dying to finally see this match. I mean last time they were 1 on 1 they didn’t have a definitive winner, and each man has had to cross unique bridges to get back to this point. I would have counted myself among them as recently as Mania 33. Maybe it’s like Reigns was saying when it came to his match against Cena…he just doesn’t need a certain match at this point. It feels like Reigns will be the man to clear out what’s left of the prior generations every spring until Reigns retires ______ becomes a meme of sorts.

If they were to get me excited about this, Paul Heyman has to fall back a little and let the participants speak about their disdain for each other. Brock Lesnar would tell us that on no planet is Roman Reigns near his level, and if not for outside forces he would have proved it years ago. I know Heyman is essentially Lesnar’s act, but let’s not act like Lesnar doesn’t speak the language or something.

The Cena feud actually put a microphone in Reigns’ hands and hearing about how Wrestlemania 31 has sat over the top of his career like a dark cloud, and why he needs to finish this chapter to prove it to himself and everyone else could be the breakthrough that not only Reigns needs but WWE itself.

Rich Latta is a Senior Contributor to SocialSuplex.com and Host of the One Nation Radio Wrestling Podcast. He still can’t believe Razor Ramon lost to the 1-2-3 Kid. Send him a tweet @RichLatta32 or drop a comment below.