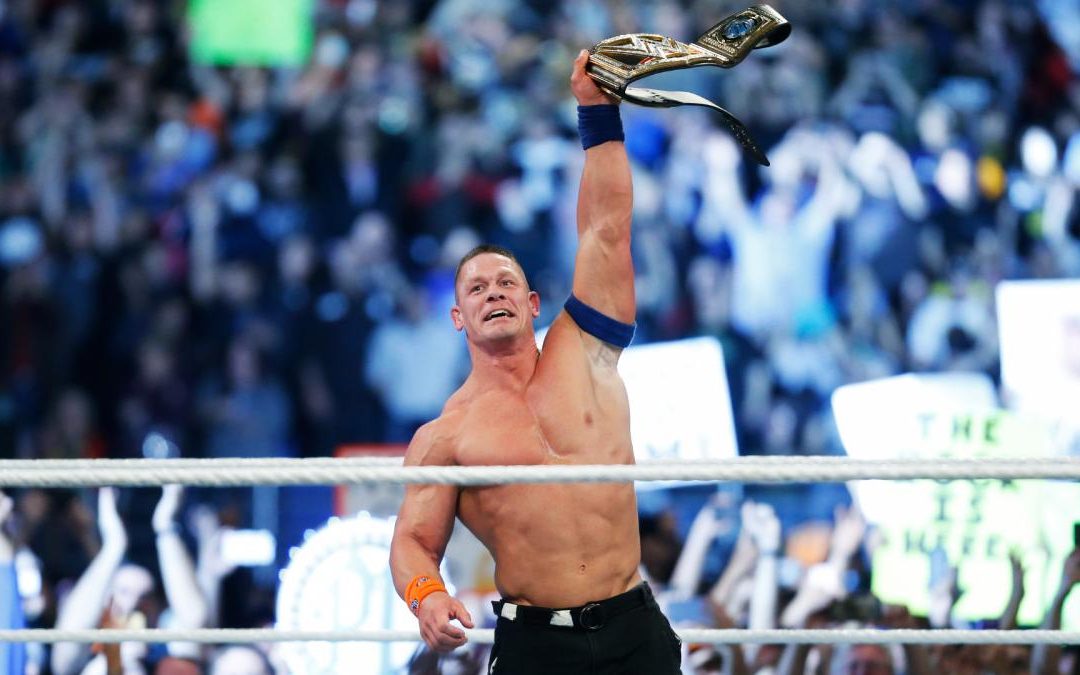 John Cena will return to WWE on July 4th, ending his post WrestleMania sabbatical as he has transitioned into being a dreaded “part-time” star. This period of his career has suddenly made his value crystal clear as to what he’s meant to WWE since 2005, and what he still will mean over the next few years. However, the thing about John Cena’s role of getting other guys ready to ultimately take over for him is, it’s BEEN going on. It’s not this new thing that people think is about to happen for the first time.

Summerslam 2013 was the beginning of Cena’s transition from being the ultimate end all be all, star in WWE. After putting over Daniel Bryan clean, who was positioned at least in the short term to be another pillar the company was built around, Cena went on to miss parts of the year for the second year in a row as he dealt with a triceps injury. Cena would subsequently begin to miss time regularly in the passing years whether due to injury or Hollywood commitments. And when they call, you go.

Wrestlemania opponents like Rusev and Bray Wyatt, were given to Cena when he was fresh off of facing The Rock twice, which was a massive change. His US title run in 2015 may be my personal favorite title reign since CM Punk’s 434 days as WWE champion, and in that time he primarily focused on new guys like Ambrose, Cesaro, Owens, Neville, and Sami Zayn. But WWE isn’t going to fully transition from Cena until he works with the man that they see as his real replacement, Roman Reigns. 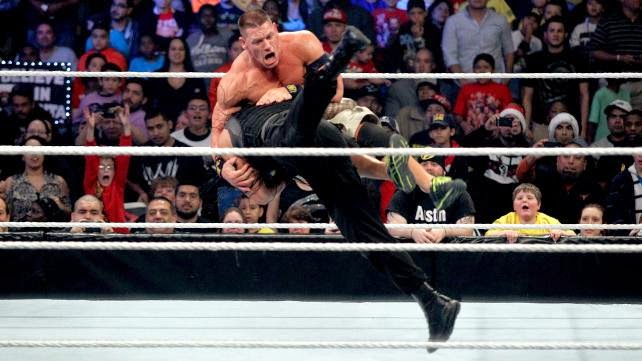 WWE has strategically kept Reigns about as far away from Cena as Vince Russo wants Jim Cornette to be away from him. Their only PPV meetings were in back to back months in mid-2014 in multi-man matches that have no effect on what the future could be. Then WWE put them on separate brands. Aside from a Nakamura dream match, it’s Cena’s last real task as a main event performer, to make his replacement while still rolling at the top of his game. This is something Austin, nor Hogan did in their runs. The Rock did it to extent with Brock Lesnar, although I feel that was designed to lead to another match that just didn’t end up happening due to Hollywood calling.

As much as seeing Reigns main event 4 straight WrestleMania’s will infuriate people, for histories sake, John Cena vs Roman Reigns should main event WrestleMania 34. Save your outrage and listen.

John Cena will end up in a strange place as this may finally be what it takes to get him cheered universally. Roman Reigns is a human troll factory. He was used to stop the riot that would have incurred had Randy Orton just standardly won the Royal Rumble by tossing out some jabroni. For some, Cena has become enough of an institution where they’ll deal with WWE letting him tie Ric Flair’s record and boo him as the status quo would dictate, but under no circumstances will they accept Roman Reigns being the guy to get rid of him.

Cena’s best opponents lately have been everything that Reigns seemingly isn’t. AJ Styles, Daniel Bryan and CM Punk were all seen as symbols of change, so for fans Cena finally won’t be fighting against progress or a generic heel, he’ll be fighting essentially against himself. That will be the key, and why Cena will be cheered.*

In the short term, Cena could slide comfortably into burying Jinder Mahal under 100 feet of bamboo for his 17th title, or he could even become the United States Champion again and run back his open challenge for the young guys on Smackdown. Maybe he turns into Old Man Cena and mails it in until he feels like turning it up again. However, we know where this all leads. It will all be great window dressing until WWE uses his “free-agent” status to make the money match that could provide layers upon layers of storytelling, and a more than worthwhile main event for all segments of the audience.

John Cena always said “Your time is up my time is now!” We’ll see what happens when it is his time that comes into question.

*= You know, unless they boo both dudes out of the building.