Latta’s Lariat : Brock Lesnar vs Samoa Joe Is A Masterpiece And Samoa Joe Has The Brush 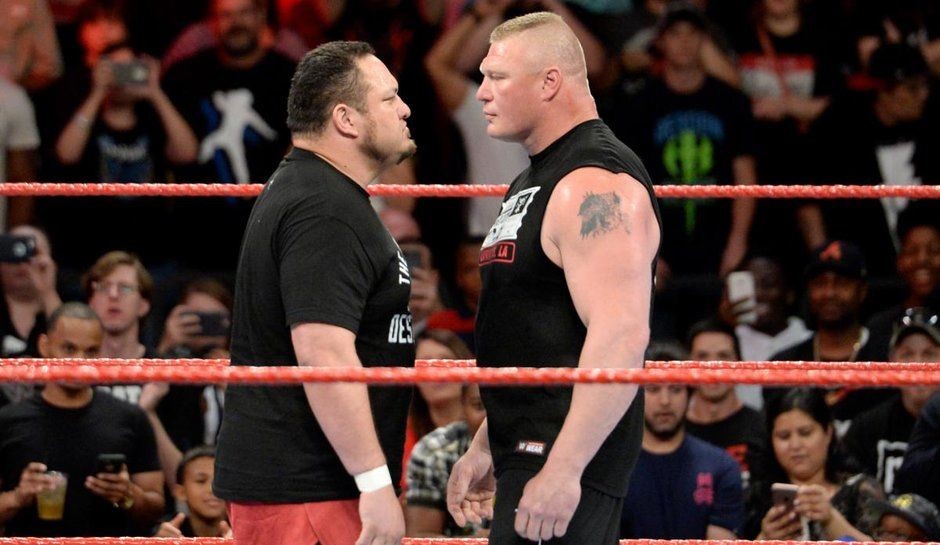 On the Table for 3 show recorded over Wrestlemania Weekend, the legendary Jim Cornette was asked what his WrestleMania 34 main event would be. He was also asked the same question the day of WrestleMania 33 at Jim Ross’ one-man show which I was fortunate to be in attendance at, and he replied the same answer to both. Brock Lesnar vs Samoa Joe, submission match.

I sat that day underwhelmed with the WrestleMania card on paper and thought, “Damn why isn’t there that kind of match on the card this year?” And “Why the hell isn’t Samoa Joe Booked?

Well, it didn’t turn out to be the WrestleMania Main Event, but I’m not complaining about getting it a little early. The ridiculously named WWE Great Balls Of Fire PPV got instant credibility from this match being its anchor, and the stellar build has only gotten better each week.

Joe’s attacks of Heyman and Lesnar have made him seem like the real terrorizer in this feud. It’s so rare someone gets to Heyman it put Joe on another tier. Throwing out the fact that this could be a Brock Lesnar Suplex City squash, which in that case I would punch my TV screen twice, Samoa Joe has been presented as one of the few new guys to step up to Brock Lesnar and not be presented as a lesser than.

A bully in his own right, we all get to see who the best bully of them all is in this feud. It’s a feud that doesn’t need a good guy or bad guy because bullies are complex people when you think about it. They’re always the meanness, but there are layers of insecurity buried beneath them that reveal hurt. With each man challenging the others manhood in a sense, we don’t have time to get caught up in face vs heel.

Now Joe’s latest attack was unquestionably the act of a coward. But was it not the thinking man’s way of attacking someone like BROCK FREAKING LESNAR? Lesnar could have easily turned that whole situation around and suplexed Samoa Joe back to TNA. However, it speaks to Joe’s desperation to not only prove he is a monster in his own right, but he carries over a decade of expectations and hype. With this being his first real main event program in WWE, Samoa Joe is willing to do anything necessary to prove he belongs. Even jumping a dude during his entrance and choking him out to prove his point.

At this stage, Lesnar is Lesnar. Anytime you describe someone with their own name it usually means two things. 1) They are probably an asshole. And 2) what you see is what you get.

Brock is at his best when he’s forced to prove his worth, and at this stage, it’s been a while since Brock has blown everyone away in an extended main event match. With this feud with Joe, we could be looking at a Summerslam 2013 meets Wrestlemania 31 style performance from The Beast, who has put a 52 cent stamp on many of his showcase matches lately. I for one am ready for Brock and Joe to not only give us the blow away match we want, but the blow away match WWE badly needs. Cena vs Styles was a long time ago. 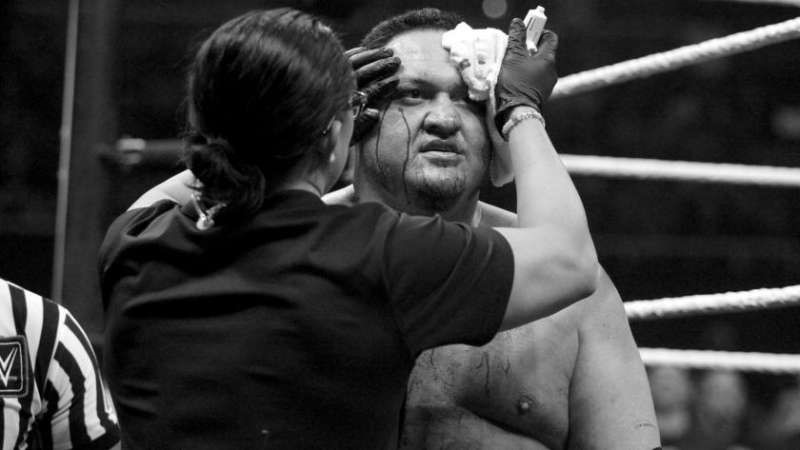 I always heard how much of a monster Samoa Joe was, but had been quite underwhelmed with everything besides his match with Finn Balor at Takeover: Dallas. He looked like a guy where I just may have missed out on his best years. Now I don’t feel like were necessarily getting a dude in an extended period of his prime like AJ Styles, but Joe is definitely needed in his current form and is a valuable asset. Turns out, unlocking Joe’s potential was to give him the biggest possible challenge and to see if he was up for it.

Since becoming the #1 contender, he has put it together in ways his most loyal supporters always knew he could, and in ways, doubters were waiting to see. So while it isn’t the main event of Wrestlemania like Cornette wished for it to be, it will get to be a match that would have fit in at the one before it, and WWE may wish it was on the following one.

Rich Latta is a Senior Contributor to SocialSuplex.com and Host of the One Nation Radio Wrestling Podcast. Send him a tweet @RichLatta32 or drop a comment on below.