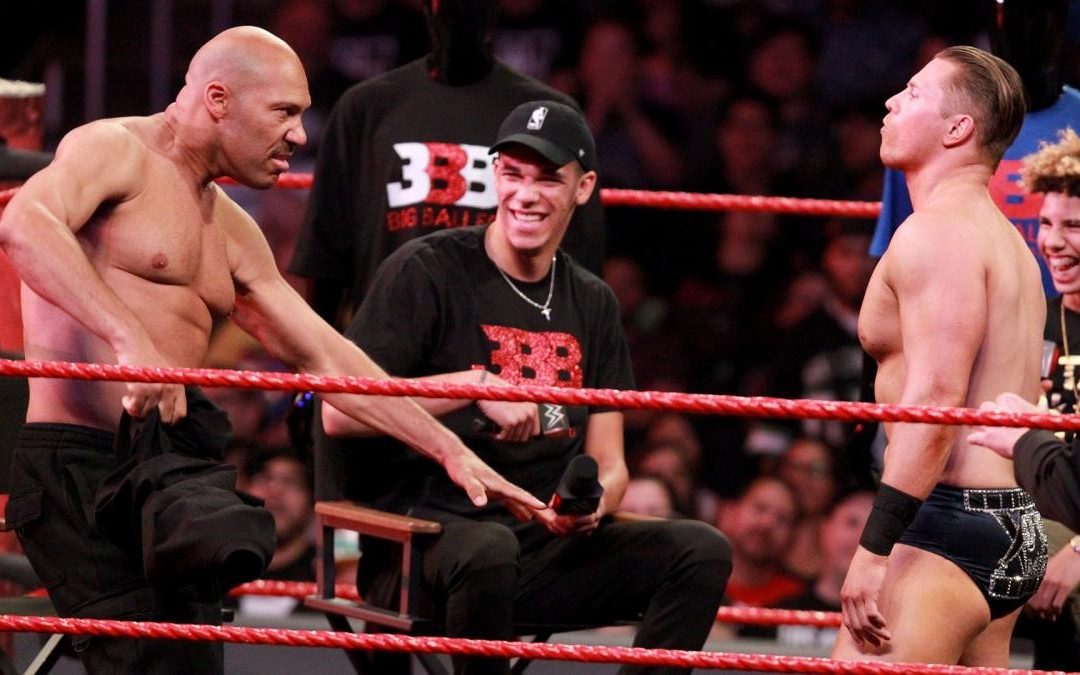 Put Lamelo Ball in the WWE Hall Of Fame!

Lavar Ball and his sons Lonzo, and LaMelo appeared on Monday Night Raw when the show was in Los Angeles. Their home area and Lonzo’s soon to be home building for my beloved Los Angeles Lakers was home to what is sure to be one of WWE’s most talked about segments of the year for the right and the wrong reasons.

I won’t waste your time; you came here to hear what I thought about LaMelo Ball using the N-Word on a live microphone on national television. Obviously, it wasn’t what I expected to hear, but I broke into uncontrollable laughter not only from the segment preceding it but the feeling that things were going off the rails in WWE.

Too often in WWE things feel so manufactured and structured and moments like the one that happened, although not the best in the grand scheme of things, wouldn’t happen. I’m just not going to condemn a kid who’s going to be a junior in high school next year for getting excited and saying “the wrong thing” on TV. It wasn’t Lonzo, who knows DAMN WELL better than that, and it wasn’t Lavar who despite what people think of him, is one of the best workers of his gimmick that has ever come along in sports. He’s braggadocios, insane, genius, and a visionary all in one package.

In the past, WWE has been known to whore themselves for mainstream attention in ways that never made a ton of sense. However, THIS MADE EVERY BIT OF SENSE IN THE WORLD. I cannot praise WWE enough for bringing in one of sports TV’s most controversial figures at the height of his fame. Just last week Lavar’s post draft interview took over the internet as he guaranteed the Lakers would make the playoffs due to them drafting Lonzo. I had been pining on my social media for WWE to bring in Lavar Ball for weeks, mainly to pair him with the emerging Titus O’Neil, Apollo Crews and the Titus Brand who are a WWE-lite version of the Ball family. 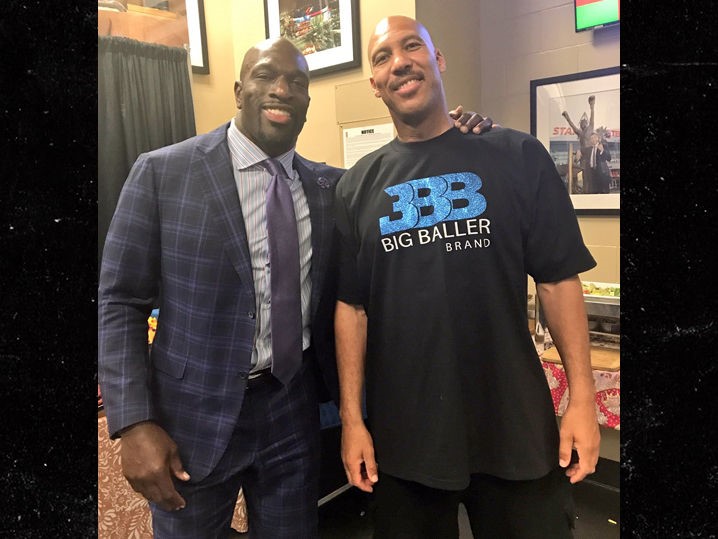 Joy overwhelmed me when I saw Titus and Lavar posing together backstage on Instagram. It was unfortunate that they didn’t get to be together on screen, but Miz is always the go-to guy for celebrity interaction. I always felt like Miz was in control, and he is a true pro in every sense of the word. At best it was a hilarious segment, and at worst it was a wacky celebrity appearance that went viral, which is more than we can say for something like Stephen Amell last year, or the dude that was on commentary on Raw who my buddy Dave Fenichel said made WWE feel low rent.

I continue to be amazed by Lavar for finding creative ways to get his brand and sons in front of the world while also cashing out. He ended up getting the 9 pm showcase slot on the USA Network, simply off the reputation he has built up for saying outlandish things. He was able to swing it to where Dean Ambrose ended up wrestling in a goddamn BIG BALLER BRAND T- Shirt and get in front of people who either hate, love or had no idea who he was for more than a half hour. I normally hate the idea of things that “get people talking” but there are too many factors for this to be anything other than a win for The Ball Family.

As for WWE, let’s not forget this isn’t the first time the “N-Word” has been uttered on their TV. Who can forget Vince McMahon himself, walking up on John Cena, a non-black person I might add, and saying… ”What up my N****?” However, it might be better it was Cena than Booker in hindsight.

WWE came out and dropped the expected apology which I’m not mad at. They have to do those things. Remember they have sponsors and a board to answer to. But as a fan of WWE, Lavar, and Lonzo and potentially LaMelo Ball, they didn’t have to apologize to me for a second. It was a moment we’ll always be able to look back on with one of two reactions…
What the f**k was that?

Rich Latta is a Senior Columnist for SocialSuplex.com and host of the @OneNationRadio Wrestling podcast. Send him a tweet @RichLatta32 and feel free to comment below.