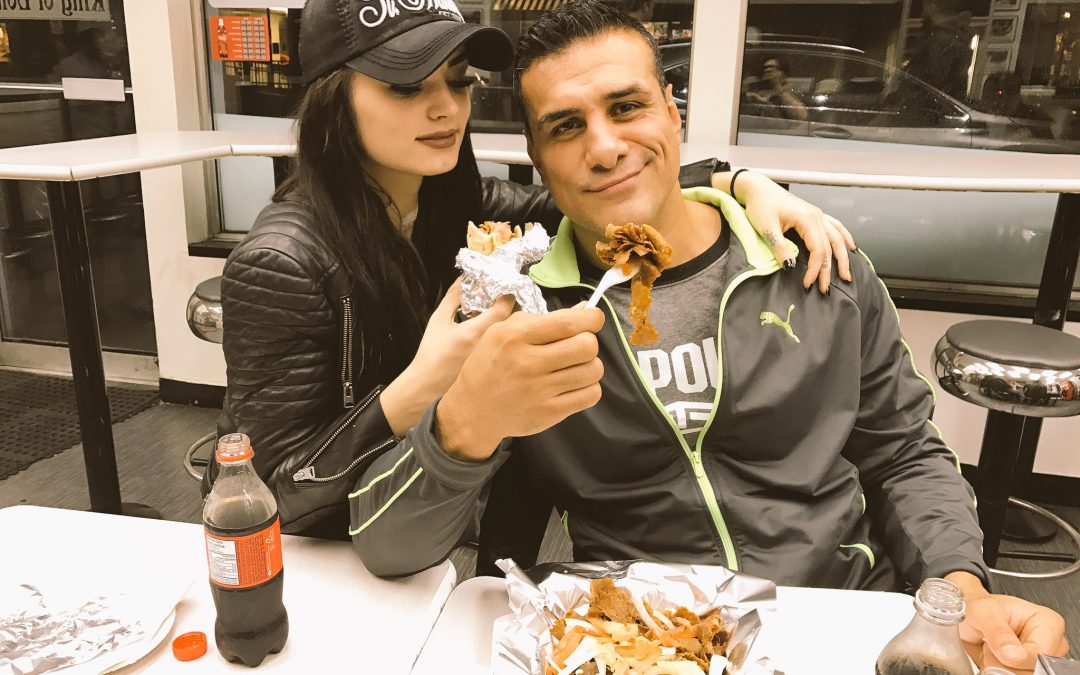 According to numerous wrestling media outlets, Alberto Del Rio and Paige are no longer an item and they can stop being subject to ridiculous commentary on their engagement, love, and their lives. Seriously, I sat as a supporter of two people’s happiness while I saw all corners of the internet attacking Del Rio and Paige like they actually give a damn what you think of them.

Some of this is rooted in racism, and the fact Del Rio was 15 years older than Paige, but the last time I checked, they both looked like consenting adults capable of making their own choices in life. When I heard idiots say things like “Alberto is taking advantage of Paige” or “Alberto is going to ruin Paige’s life” I wondered when Paige became this helpless woman who was incapable of making decisions about her future?

People are out here celebrating on twitter and other social media like it was a personal victory to them, and I’m seriously puzzled by this. Maybe it’s the “stan” like crushes people have on female superstars in WWE, where they become some type of pure possession that doesn’t really belong to them in the first place. And I hate to break it to some of you reading this who disagree, I’m going to put this in italics so you understand.

Your disdain for their relationship simply comes down to the fact that Alberto took your fantasy woman away from you.

Now the timing of Paige’s descent in WWE does line up with the beginning of her relationship with Del Rio. However, so do her injuries. After wrestling since the age of 13*, and bumping all around the globe on her slight frame, she was bound to have to get surgery or take time off. It’s pure lunacy to link WWE’s disinterest in her during the rise of Charlotte, Sasha Banks, and Becky Lynch with who she decides to be in a relationship with.

During their relationship, Paige suffered the unfortunate hack of her iCloud, which leaked private videos of her, Xavier Woods and Brad Maddox in sexual acts. Once again, Paige became the focus of what wrestlers should and shouldn’t be doing in their personal lives. I made the choice to not cover it on One Nation Radio at the time, quite frankly because I have nothing to offer on the subject. But it was another example of how judgmental people have become of Paige and women like her that have similar misfortunes.

When it comes to Alberto Del Rio/Patron, he was forced out of his Wrestlemania Weekend** commitments due to not wanting to have to deal with people who may want to say something ridiculous to him regarding that. Paige and Del Rio’s relationship never got an ounce of respect from the beginning, and I don’t know why I expected the supposed end of it to be any different.

Was it a different relationship than people are used to seeing. Well yes, it’s not every day you see a woman propose to a man in a wrestling ring. But think about what that ring means to these two wrestlers whose entire families revolve around that very ring? It’s not a joke when you look at it from that perspective.

So congratulations people that wanted this to fail, you won. You gained an imaginary victory over…someone? And a few twitter likes among like-minded assheads who were rooting for something that has no bearing on their lives at all. We’re closer now to wrestlers than we ever were before with social media, and this is one example of how they are regularly treated. No wonder they block people, call them marks and flame them on a regular basis. I hope your relationships end up as terrible as the WWE Championship in 2017 after John Cena lost it***.

* = She was mature enough to travel around the world for almost a decade before WWE, but not to date someone older than her apparently.

**= I wanted to meet Alberto and tell him to keep pissing people off!

Rich Latta is a Senior Writer for SocialSuplex.Com & Host of the One Nation Radio Wrestling Podcast. Email him [email protected] or contact him on Twitter @RichLatta32