Latta’s Lariat : Who’s Getting Left Out Of The Big Matches At Wrestlemania 33?

Wrestlemania is the biggest event in Sports Entertainment. Throughout the years, it’s been the event to draw the most eyes, and is the flagship WWE’s calendar is built on. This decade in particular, we’ve seen the main events and bigger matches on the card go to the superstars of a bygone era. No not the Vaudevillians, but The Rock, Brock Lesnar, The Undertaker, Triple H, and even Shane McMahon.

Every year since 2012, the main event has featured a part-time superstar, sometimes even featuring them as the champion. This trope has divided wrestling fans into two groups. Those that love to see their favorites come back to main event these big shows, and others who wonder why they get to take all the big matches from the members of the roster who carry WWE the rest of the year.

As I look toward Wrestlemania 33, there are several superstars in danger of being skipped over despite having incredible years. But first to give this more context, let’s look at each Wrestlemania since 2012*, to see who’s missed out on the big paydays in a major and minor sense.

In 2011, Randy Orton had a career year where became the anchor for Smackdown in the last days of the initial brand split. Winning the World Heavyweight Title from Christian, Orton spent the summer putting on classics with him, eventually dropping the world title to Mark Henry who was reaching his zenith with the Hall of Pain gimmick. Orton was the odd man out come Wrestlemania time, as the rise of Daniel Bryan coincided with Sheamus winning the Royal Rumble, leaving him with Kane as an opponent who was trying to get people to embrace the hate.**

Not as much of a gripe here, as he struggled with finding his groove after dropping the WWE Championship in May 2011. He formed one of the best mash-up tag teams of the last 5 years with R-Truth in Awesome Truth, and was in the main event against The Rock and John Cena at Survivor Series.*** Despite all that, The Miz found himself in a 5-on-5 Team Teddy vs Team Johnny Raw/Smackdown. A huge setback after main eventing the last Wrestlemania.

When Chris Jericho comes back, it isn’t part time. In 2013 his shock return at the Royal Rumble, set off a half year of excellence in the ring, and by the time Mania rolled around he was arguably the in-ring performer of the year. Then he got stuck with Fandango. Sad times. At least he wrestled CM Punk the year before.

Minor – Dolph Ziggler
As Mr. Money in the Bank, Ziggler was due to float around looking for an opponent. Following Survivor Series ’12, where he was the sole survivor, he peaked at the wrong time in his December feud against Cena, and at WM 29, he was in a make-shift tag-team with Big E in a short match against Team Hell No.

The Shield at their last Wrestlemania deserved so much better than washed up Kane and The New Age Outlaws. End of story. Too bad we couldn’t insert their match the previous PPV against The Wyatt Family here.

Following a year where Del Rio was featured in nearly all of the World Heavyweight Title PPV matches, he was left on the outside looking in at the big dogs, and stuck in The Andre The Giant Battle Royal with much of the roster, as WM 30 saw less matches than normal.

The biggest offense on here, Daniel Bryan was left out of the main event creating a band of resistance that permeates WWE to this day. Returning from injury in early January, Bryan put Smackdown on his back, and looked to win the Royal Rumble as the returning hero. We know how that turned out. It was his final stand at Wrestlemania, and represented WWE’s biggest lost opportunity of the decade.

Less of an offense here, Ambrose was simply the odd man out and hadn’t got to the level he would later get to.

Coming off a huge debut year, Owens certainly could have been in a higher profile position than the ladder match. Watching Shane McMahon fly off the Hell In A Cell for no reason at all had to have Owens rolling his eyes.

Bray Wyatt got outshined by Dean Ambrose in earlier this year to the point his Wrestlemania rivalry was stolen from underneath him.**** While he was able to share a segment with The Rock, I’m betting he would have preferred the Lesnar match.

Top 5 Threats To Get Left Out 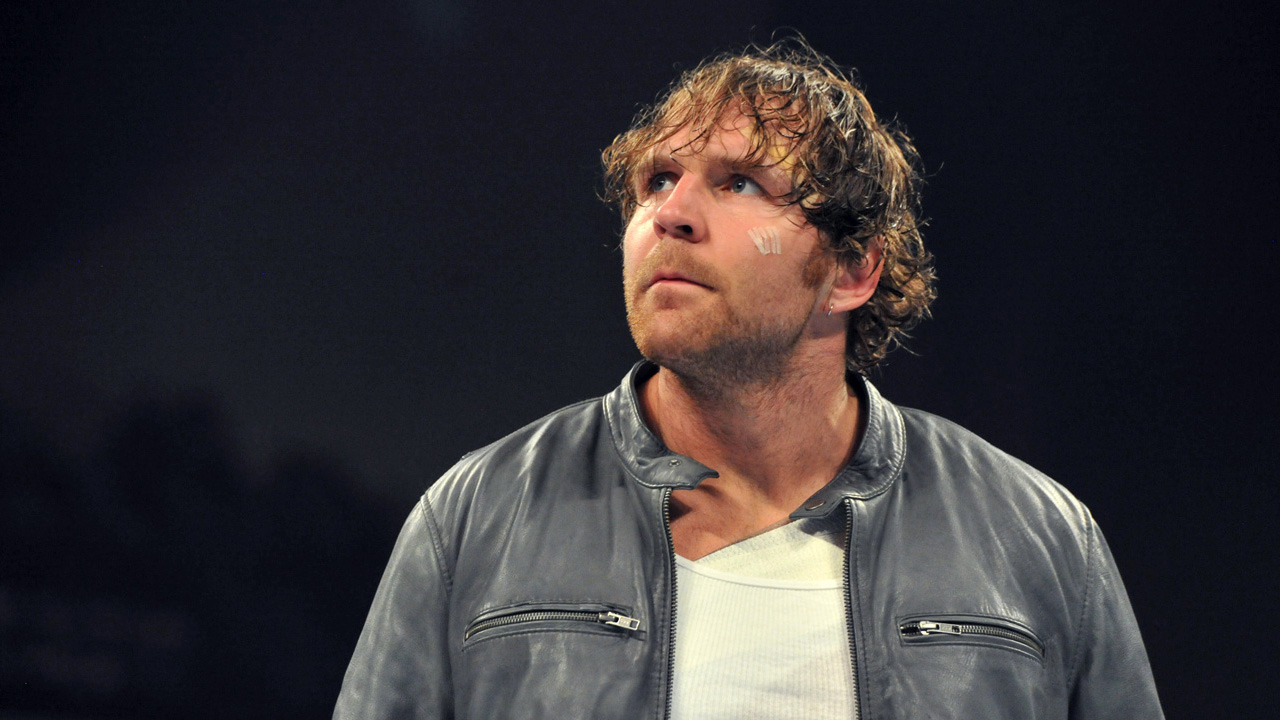 Ambrose finds himself in a weird position. Clearly a star, but he’s also struggled to be taken seriously at the very top level. Years of getting beat down, finally came back to haunt him when he slogged through the summer as WWE Champion. Heading toward a final showdown with Styles in December, literally anything could happen with Ambrose and it wouldn’t be a shock. He could wrestle The Undertaker or be in the Andre The Giant Battle Royal. He’s been enough of a goof where him getting left out wouldn’t infuriate people. 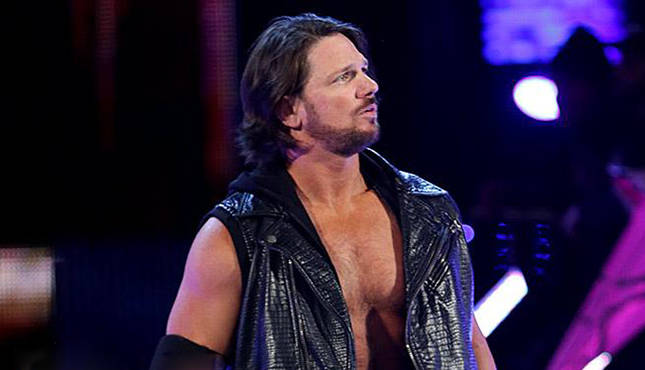 Perhaps the most outrageous error WWE could make, Styles has been a savior for WWE since the day he showed up as #3 in the Royal Rumble. However, projecting his opponent for Wrestlemania has proven to be difficult. Most mock cards see him losing the WWE title on the road to Wrestlemania, to make room for Cena vs Taker. However, not many great options have been floated out there for AJ. He’s special enough where you would think WWE would find a showcase for him, but the danger is there for him to get lost.

By this point, Rusev should be such a bigger deal than he looks to be going forward. A big man with an even bigger personality, his character is screaming to be made into a hero. He more than held his own in his feud against Roman Reigns, but going forward something drastic has to happen to put him in prime position for a huge Mania match. However, Rusev has proven to be able to thrive in whatever situation WWE has given him. 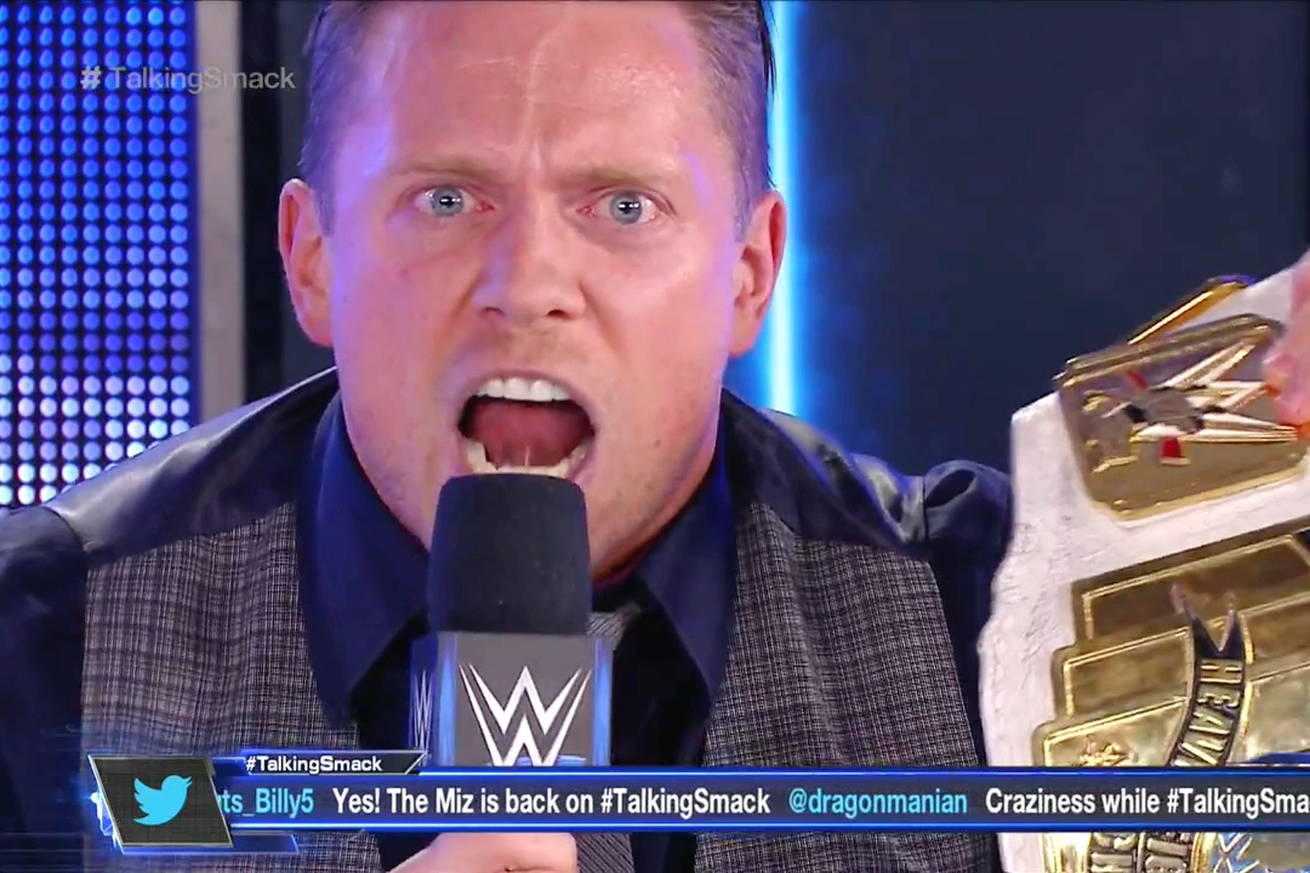 Following a Hall Of Fame year in the midcard, The Miz has been part of some of WWE’s most gripping entertainment this year. From Ethering Daniel Bryan on Talking Smack, to his emotional rivalry with Dolph Ziggler, Miz not getting his true shine at Wrestlemania 33 would be a crime. Unfortunately, the last solo IC title match to happen at Wrestlemania was a 5 minute affair between Cody Rhodes and The Big Show. Miz could find himself with several dance partners rather than being rewarded for his all-time great year.

Dolph Ziggler has been in this position before. Following a career-defining year, it wouldn’t be the first time he saw a part-timer, or someone with a creative gimmick for the time, in a spot he could occupy. Only trailing AJ Styles on the potential outrage meter, Ziggler not getting a showcase match at Wrestlemania would probably be a message from the office, it’s never going to happen. Ziggler has often been guilty of peaking at the wrong time, (2012, 2014) and once again it happened this year, as he caught fire after Summerslam. His career vs title match against The Miz was, and I don’t say this often, what pro wrestling is all about. That match would have been at home at Wrestlemania 33. Unfortunately it happened at No Mercy, and could be lost to the annals of The WWE Network. It’s partly my job as a scribe of wrestling lore to make sure that moment isn’t lost. If Dolph Ziggler quit after not getting his moment this year, I couldn’t blame him. Out of everyone on this potential threat list, he’s the only one to never get a showcase match at Wrestlemania, and I’m terribly afraid that will continue this year.

Whoever gets left off, there is sure to be plenty of debate surrounding guys like Goldberg, Triple H, The Undertaker, and Brock Lesnar. The business model of WWE has changed enough where this is an argument that they are less needed than ever. Survivor Series was sold out before Goldberg and Lesnar were ever announced. WCW collapsed in part because at a certain point the old guard just wouldn’t get out of the way. This generation of wrestlers are certainly historians of the business and must feel like history is repeating itself. I feel It’s on them to ascend to a level where they can’t be denied, but will WWE give them the chance? We’ll see.

* = 2012 was the essence of Part-Time Wrestlemania. Triple H vs The Undertaker, along with The Rock coming back to main event were saviors for WWE at the time.

** = Thank God Kane lucked into Team Hell No, he was on the thinnest of ice following that Cena feud.

*** = He also caught the blame for Survivor Series not being the draw WWE thought it would be, even though no one in their right mind thought Miz and Truth could win.