Latta’s Lariato #001: Alpha Meets Omega, A Bit Early and Why Chris Jericho vs Kenny Omega Just Got Even Better 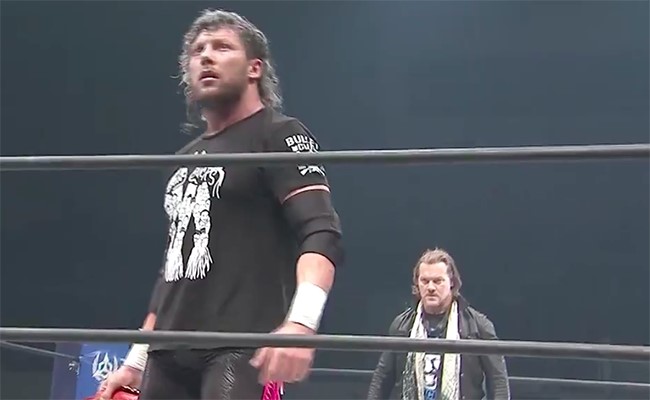 Chris Jericho made a shocking in-person appearance in Fukuoka, Japan during the finals of the World Tag League, and engaged in phase 2 of the build for his match with Kenny Omega. Jericho has mastered the art of surprise and added its cousin, deception to the list. On its head, everyone thought “Oh ok, another Jericho video statement to Omega to hold us over until January 4th.” Until Jericho decided to shock the building when he was standing behind Omega after the video concluded.

This unspoken key to this angle has always been the relationship between Omega, Jericho, and Don Callis. How about we call them, “The Winnipeg Trinity” from now on? Callis, a friend of Jericho’s for the last 25 years, and member of The Jericho Podcast Network has a deeply personal and business relationship with the man who now calls himself The Alpha. Now if you’ve been following New Japan for the last year, his loyalty has been thrown to Omega from Kenny essentially being the reason he is in New Japan in the first place. Callis/Omega has reached Heenan/Flair levels of absurdly biased commentary while being absolutely hilarious. I’ll get back to this.

After introducing him to the jumpzone and, busting Kenny Omega’s head to the white meat showed with blood going everywhere, Kenny Omega got turned into something we never thought we’d ever see.

The fans in the audience where abhorred with Chris Jericho’s actions, and the longer the bell kept sounding for someone to break the vicious attack up, the more Omega was being implored by the fans to stand up to Jericho. When he fired up, Omega was cheered like he was a countryman. Terminator claps permeated the atmosphere to encourage Kenny to find the fighting spirit that would never come.

Back to Don Callis though. 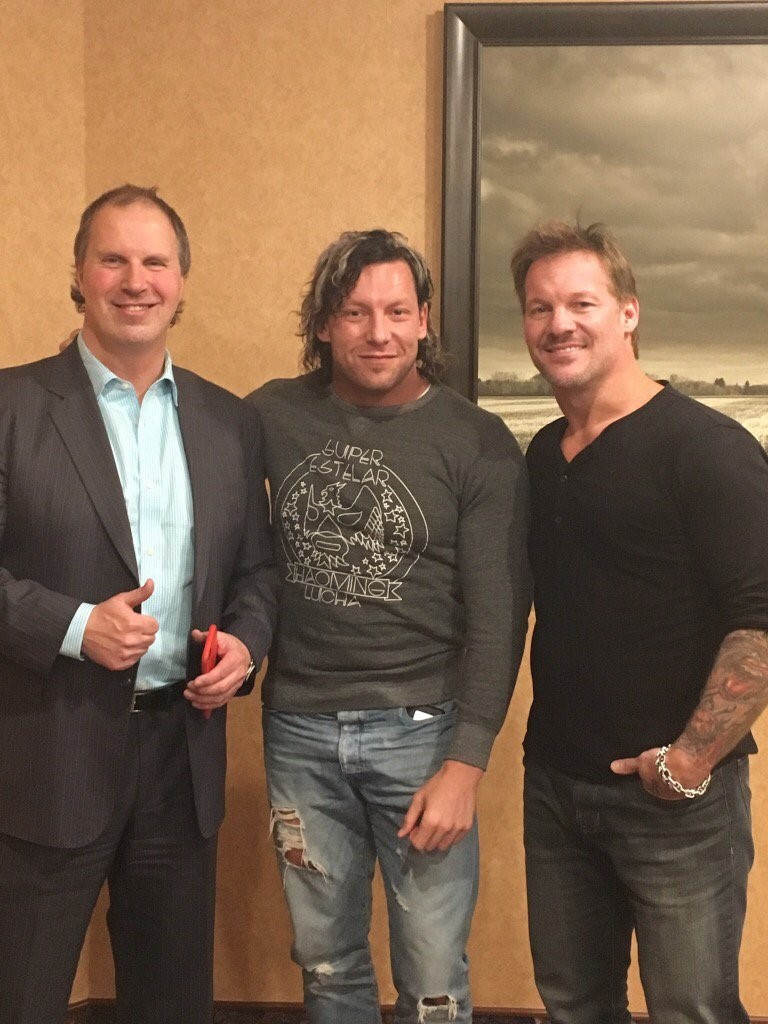 He was inconsolable on commentary to the point where he ran into the ring to yell in Jericho’s face, “WAIT FOR THE DOME, WHAT IS WRONG WITH YOU!?” Immediately the brilliance of this angle became clear. No matter what friendship exists with Chris Jericho, Jericho does what he wants, and Don Callis caught a Codebreaker for his troubles. No longer does Callis have to walk the line between friends because Jericho forced him to pick a side. We can now get Don Callis in all his glory firmly cheering on Kenny Omega who is suddenly a red-hot babyface going into this match looking for revenge. Hands up if you saw that coming.

This match just got even hotter due to the blend of reality, kayfabe, and true unpredictability. By playing the three against each other, we’ve walked into a situation where nothing is out of the realm of happening. Could Omega and Callis do a podcast where they rip into Jericho on his own network? Sure. Could Kenny Omega show up at a Jericho book appearance or music show? Why not at this point. Everything is on the table for these guys, and the match will benefit from it.

This has gone from fun exhibition “dream match” to “Kenny gotta drag this man bruh.” Instead of an athletic showcase, this has immediately jumped to blood feud.

The attack was only broken up when The Young Bucks stormed the ring with baseball bats which caused Jericho to head for higher ground. Underrated in his role was Kevin Kelly who explained that while Callis had been a trained wrestler, that was long ago and he was not prepared for Jericho was unleashing. The acting on commentary has been a how-to manual for commentators everywhere. All most fans want to do is buy in, and they are making this serious enough to where we are getting our fill.

This was a best-case scenario in the build for the Tokyo Dome. I’m not ruling out some type of retaliation by Omega at some point either. Chris Jericho found a way to remain a step ahead of everyone, and this story just got a bit easier to understand for the uninformed. Omega will serve as the perfect foil and will do the lion share of making the match as good as Jericho has made the lead-up. The only thing left for people to think is whether Jericho can keep up with Omega in the ring. At this point, he doesn’t have to, but he might just shock us again the next time we let our guards down.

Latta’s Lariato is a new shortform NJPW column series that will be exclusive to SocialSuplex.com, written by Rich Latta. Look for more New Japan columns leading up to Wrestle Kingdom, and beyond.

Rich Latta is a Senior Contributor to SocialSuplex.com & host of the @OneNationRadio podcast for the Social Supled Podcast Network. He believes Kenny Omega could wrestle a 4.5 star match blindfolded. He also writes Latta’s Lariat for LordsofPain.net which covers WWE. Follow him on Twitter @RichLatta32