Although Kazuchika Okada is set to defend the IWGP Heavyweight Championship against Tetsuya Naito, The Ace is set to face off against Switchblade (Jay White) at Wrestle Kingdom 12. Hiroshi Tanahashi, the IWGP Intercontinental Champion is no longer competing on Wrestle Kingdom’s greatest stage, the main event of the Tokyo Dome, and this year he has stepped back from even the semi-main position. He will be tasked with what else, creating a superstar for the next era of New Japan.

Tanahashi hasn’t been the actual ace for a few years now depending who ask. But much in the way a President is always called President ______ when they leave office or a former Boxing Champion is always called “Champ,” Tanahashi will retain the name “Ace” amongst many fans even when he is coming out in his 60’s for the New Japan Rambo at Wrestle Kingdom 30-Something. I don’t think we’ll see High Fly Flows then because his knees will have dust inside them, but Dragon Screw leg whips and Texas Cloverleafs will be on deck.

I believe the official transfer of his “Ace” title took place at Wrestle Kingdom 10 when he lost to Okada, at the end of a 7 match series, in the main event because since then Tanahashi has not been positioned close to where he was prior to that. During this time Ace has dealt with several injuries, the most notable being his bicep injury which he neglected to fix for so long, it can no longer be repaired because of atrophy.

Even during his “phasing down” Tanahashi kept being incredible the entire time and going on tour after tour because of New Japan’s growing profile not only domestically, but in the West. Not knowing the seriousness of the situation as a then novice New Japan viewer, I’d quip, “I thought this guy was supposed to be broken down?” as another over 4 and a half star match would happen every few months.

My reverence for Tanahashi was established really late since I didn’t start watching New Japan until 2015. However, I recognize that if he doesn’t put in that crazy amount of work in becoming New Japan’s top star last decade, I probably don’t end up making New Japan appointment viewing. Tanahashi vs Okada in 2016 was thought to be the end, but this guy is just a freak of nature, as he produced classics with Omega, Ibushi, and Naito and had another two G1’s in which he showed his masterful mind and performance. Ace isn’t a young man anymore, and we could be at the tail end of his excellence and when he recently started getting hurt and was ruled out for the World Tag League shows I was taken back a bit. My first reaction was well, he’s not going to miss the dome, and he isn’t. However, the signs are there; Ace is breaking down and the fall off a cliff is coming sooner than we think.

This upcoming Wrestlemania weekend, I had one goal and request for a few of my friends. We had to see the Ace. This was non-negotiable. At this time I’m planning to see him on two different shows, and I hope to meet him and let him know he’s always going to be The Ace no matter who’s in the main event. He’s not my favorite New Japan wrestler, but he’s damn close to it.

For fans just getting into New Japan and wondering why this man is revered, just know you may have just missed the last bit of his greatness, but Hiroshi Tanahashi, one of the best big match wrestlers of all time, wouldn’t shock me if he defied science and kept churning out top quality stuff while looking father time and injury in the face and laughing before hitting an extended air guitar set. Although his once perfect hair is a thing of the past, and he’s actually kind of struggling in that department, his mystique will hold strong against a hungry challenger that is ready to carve his own real estate. Tanahashi rehabilitated the Intercontinental Title that Naito literally destroyed, releasing photos where he painted the new belt himself and turned it back into one of the best looking belts in Wrestling. If Jay White wants it, he’s got to step ALL the way up. 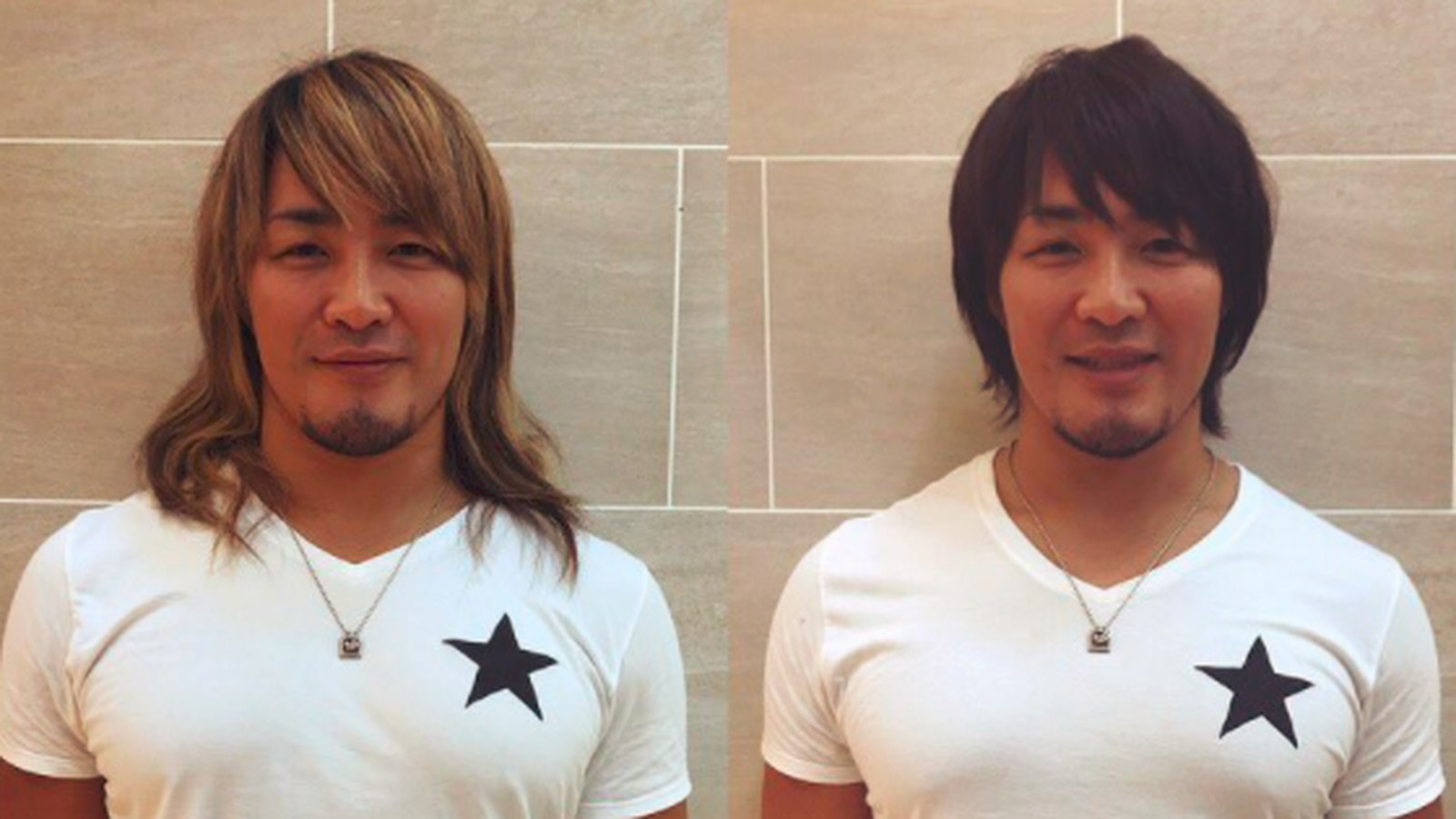 Seriously, this movie better be GREAT if the Ace cut his hair off for it!

Come Wrestle Kingdom, most eyes will be on Kenny Omega vs Chris Jericho, or Okada vs Naito, and rightfully so, but the last match before them will be Tanahashi’s stage. In one the buildings that has defined him the most, we will get The Ace, if for only one night. I am sure of it.

If you have never watched Tanahashi, there are tons upon tons of great matches to choose from. I’ll give you a few of the most recent ones I’ve enjoyed.

Latta’s Lariato is a new short-form NJPW column series that will be exclusive to SocialSuplex.com, written by Rich Latta. Look for more New Japan columns leading up to Wrestle Kingdom, and beyond.

Rich Latta is a Senior Contributor to SocialSuplex.com & host of the @OneNationRadiopodcast for the Social Suplex Podcast Network. He believes Kenny Omega could wrestle a 4.5 star match blindfolded. He also writes Latta’s Lariat for LordsofPain.net which covers WWE. Follow him on Twitter @RichLatta32