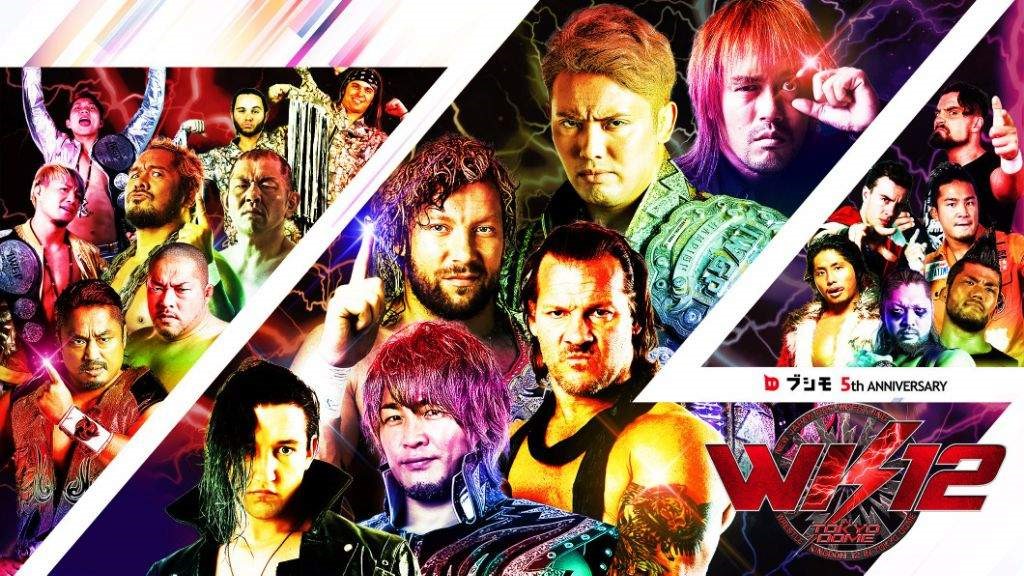 Wrestle Kingdom 12, will come to us on January 4th from the Tokyo Dome and look to once again set the standard for professional wrestling from the turn of the calendar. Last year, WK11 featured Kazuchika Okada vs Kenny Omega in the main event supported by a plethora of incredible matches. They showed that New Japan Pro Wrestling not only recovered from the departures of Shinsuke Nakamura, AJ Styles, Karl Anderson and Luke Gallows but Wrestle Kingdom 11 was the platform to show they are the best star-making promotion going today. They are easily able to elevate new stars to replace departing ones and handle the transition of older stars stepping back a bit.

The landscape is a bit different this year, as Okada and Omega are on to new foes. On one side, there is a renewal of an old rivalry with Okada/Naito, and the other a new rivalry with Omega and Chris Jericho, which has evoked the spirit of the blood rivalries of yesteryear. It is a return to the days where outsiders would come over in headline positions for January 4th, but Jericho is no guy just showing up for a check. A rivalry has broken out within the top two matches themselves over what the real main event is. One looks to be the Japanese Main Event, while the other is a play for the global audience. 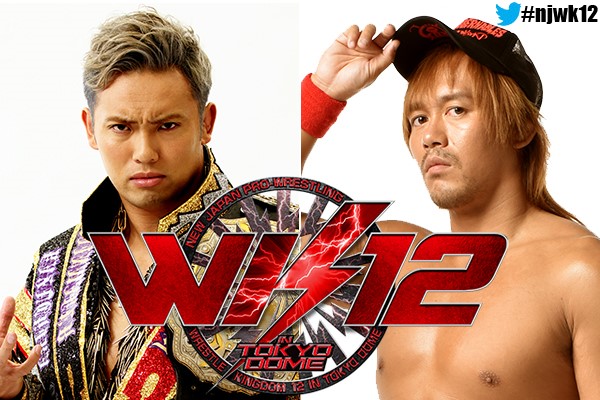 Beginning with Kazuchika Okada (C) vs Tetsuya Naito, the last match of the night will be a battle between New Japan’s hottest star (Naito) in a redemption story that can be traced back to Wrestle Kingdom 8, against the longest reigning IWGP Heavyweight Champion ever (Okada) who if he dropped dead right now at age 30, it could be argued he was the greatest wrestler to ever to live. They will be on last with the unenviable task of following Kenny Omega, but look for Okada and Naito to combine their collective geniuses to have the best match of the night, in a north of 5 stars affair.

Okada has literally kicked the asses of everyone on this title reign, and Naito’s entire arch has led him back to the man he lost the title to a year and a half ago. Their meetings in tag matches on the road to events have flashed incredible sequences, as each man is set to break out new counters to each other’s finishes. The bottom line is, both of these guys are among the world’s most creative and flat-out best wrestlers. This will be nothing less than an absolute classic to hold up to anything from all-time. Naito’s G1 Climax victory led him back to the main event he was deprived of back in 2014 when fans voted Tanahashi vs Nakamura as the main event. There wasn’t a vote this time. Full circle indeed. Match Rating Prediction = *****1/2 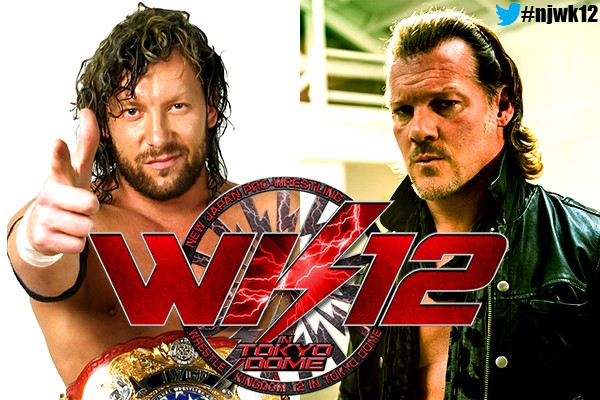 The Other Main Event

Switching gears to the other main event, Kenny Omega (C) vs Chris Jericho for the IWGP United States Championship will be about anything other than the title. These guys have crafted a story based on surprise and flat out old school hatred. After the genesis of the feud emerged on Twitter and took over an “are they or aren’t they” space, it was quieted down by Omega who flat out dismissed Jericho because such a thing couldn’t happen.

From there Jericho emerged after Omega’s match with Beretta issuing a challenge via video and it was on. Jericho struck first with his in-person attack after another video designed to lure folks into a false sense of security. Jericho’s vicious attack left Omega bloodied, and Don Callis on the business end of a Codebreaker. The anarchy continued to a press conference laced with profanity from Chris Jericho, as he morphed into a psychopath hell-bent on making sure Omega’s last match in Japan would come because Jericho destroyed him that badly.

This has been a masterclass in using real life and kayfabe to hook fans totally in. Omega has never been positioned to be more heroic, and Jericho has unveiled yet another new persona; a crazed brawler hell-bent on beating up young punks. This is Ric Flair vs Terry Funk all over again with both guys in better athletic shape. Ironically, for Omega, it follows his own modern-day Flair/Steamboat rivalry. While it doesn’t look to be the type of match Omega has blown star systems to pieces with, he will now get to do another type of match to get to the same goal a different way.  Match Rating Prediction = ***** 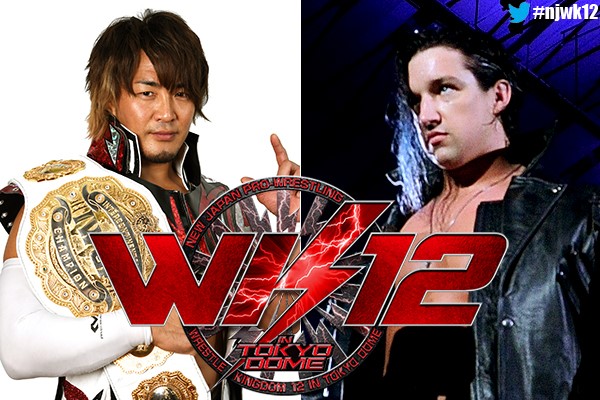 Underneath the top two, you can smell the experimentation immediately, with Hiroshi Tanahashi (C) vs Switchblade (Jay White). It is a huge jump for the former opening match worker and gives him a platform to immediately shine paired off with one of the Tokyo Dome’s most legendary performers who is rapidly fighting off Father Time. However, this is the wildcard match of the night.

Back from excursion, White immediately targeted Tanahashi and the IC title. Now known as Switchblade, New Japan describes him as a “deadly assassin” and he is looking to flat out end the last generation of New Japan, and who better to start with than Tanahashi and his perfect hair. White is untested at such a level, but this is where a star could be born. With Gedo’s track record looking like gold as of late, I’m not ready to bet against Mr. Blade being in this spot.

If all else fails, it’s Hiroshi Tanahashi in the Tokyo Dome. I don’t care how old or broken up he is, we will get the ace on this night. Ace isn’t losing 3 in a row at the Dome. Match Rating Prediction = ****1/2

Other Happenings To Look For

Put in a prime position is the IWGP Junior Heavyweight Championship match. Marty Scurll (C) vs Will Osperay vs Hiromu Takahashi vs KUSHIDA is set to be a rarely done Fatal-4-Way match. If the tag match that Osperay and Takahashi from the World Tag League Final was any sign, expect absolute insanity. Hiromu Takahashi has never been one to care about himself, and these other 3 guys won’t be far behind. High flying excellence and a flash finish would be my bet. Match Rating Prediction ****1/2

Hirooki Goto vs Minoru Suzuki (C) for the NEVER Openweight title is a hair vs hair match in addition to a title match. The loser will be getting the Young Boy haircut. Both men sport unique hairstyles and are among the most physical wrestlers in New Japan. Neither wants the embarrassment of getting cut by the other. Antonio Inoki would love this match. Match Rating Prediction ****

Kota Ibushi vs Cody is the rare match that is just here for show. I’ve questioned Cody’s New Japan credibility in the past, and to his credit, he put on a great match with Okada in Long Beach last year, but who wouldn’t look great against Okada? Ibushi is one of the best in the world so look for Cody to follow his lead. Maybe this match inches us closer to Ibushi vs Omega. Match Rating Prediction ***3/4

The New Japan Rumble (pre-show) – Who knows who we will see.

Wrestle Kingdom 12 will once again look to blow the doors off of the world of professional wrestling. New Japan’s all-time great year of 2017 has set the stage for this show to cap it off in style.