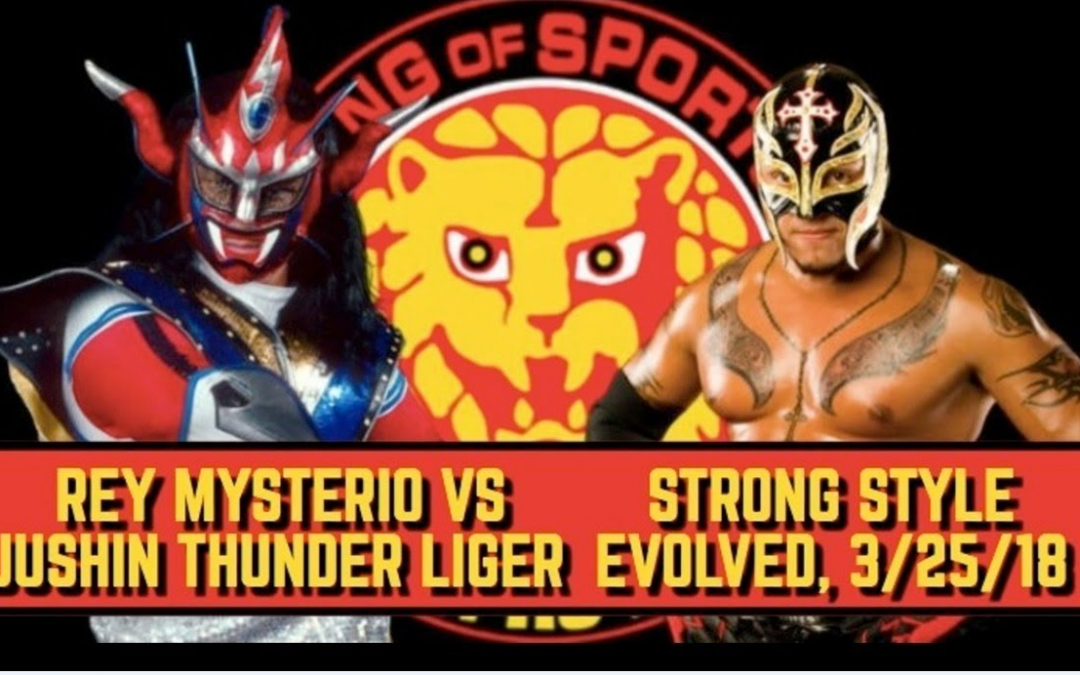 If it is a thought of having a Billy Gunn come in or a Rey Mysterio, I’ll take Rey 100 times out of 100. The glaring elephant in the room from this is obviously, their ages and more importantly, mileage. Liger has literally been blowing people away since before I was born in 1989, and while he’s clearly no longer at his zenith, he isn’t washed either. When Liger comes to America, where he is still very popular, he levels it up a notch. I can’t picture Liger not being good under any circumstance.

Mysterio has been granted another life as of late, as his longtime injuries have seemed to subside, and his dedication to getting into 1990’s Mysterio shape has made him a drawing card on the global wrestling scene once again. He appeared in the 2018 Royal Rumble, and this will be his next huge stage to prove that he has plenty left to offer, rather than being a nostalgia guy. I imagine Rey is going to fight like hell to extend this last period as long as possible.

With the building already sold out, I saw this as just a cool match to put on that the crowd would appreciate, with a major North American star going against a beloved New Japan figure. New Japan is just able to do things other companies like WWE aren’t, partly because of how these things are framed. This isn’t going to be the main event, and it’s not really pushing anyone out of a match with Liger, because most of the juniors have already wrestled him.

Putting Liger here instead of someone else to face Rey is an entry point. Liger hasn’t been the center of the Junior Heavyweights for a while, but this match allows you to keep your current pecking order intact, sell some subscriptions potentially, and introduce a possible opponent for the bigger New Japan shows like Dominion, The G1 Final or even Wrestle Kingdom for the star juniors of today like Takahashi or Osperay.

Strong Style Evolved is another chapter in New Japan’s growing expansion in the west, and the moves they are making are calculated when they could be aiming even higher right now. As fast as all the tickets were going (sold out in 20 mins, would have been 10 if not for a website crash) the next time they are in LA, why not the Staples Center? New Japan’s steady rise is going to lead them to stick their flag in the ground eventually, and that day isn’t far off.

I’m not sure if plans call for it but Chris Jericho vs Tetsuya Naito would be an incredible match to do in Long Beach based on their total opposite demeanors, and collective wrestling acumen. It wouldn’t take much to heat things up, as Jericho can drop a video or use Twitter to promote awareness in America. It would be another platform for Naito as well, as I’ve seen the sentiment of “Come for Omega and Okada, stay for Naito” become somewhat of a thing.

This could allow Naito to join that conversation as more people would be inclined to follow what he does after a presumed victory or epic performance in defeat against Chris Jericho. The more homegrown guys New Japan can get that are stars, the better. They are seemingly at risk of losing their top Gaijin stars at any time, and if Naito can connect here how he has in Japan, good times are ahead.

The rest of the card has not been revealed, but if there is anything I can expect from New Japan based on 2017, it is greatness, and blow away matches. I’m here for them both, in spades. With it being just one night, expect Jim Ross and Josh Barnett to not have any choice but sound alive. Strong Style was a thing Antonio Inoki brought to the table, and Shinsuke Nakamura was the King Of. However, this is not the beginning of the evolution, it’s been going on for a while.