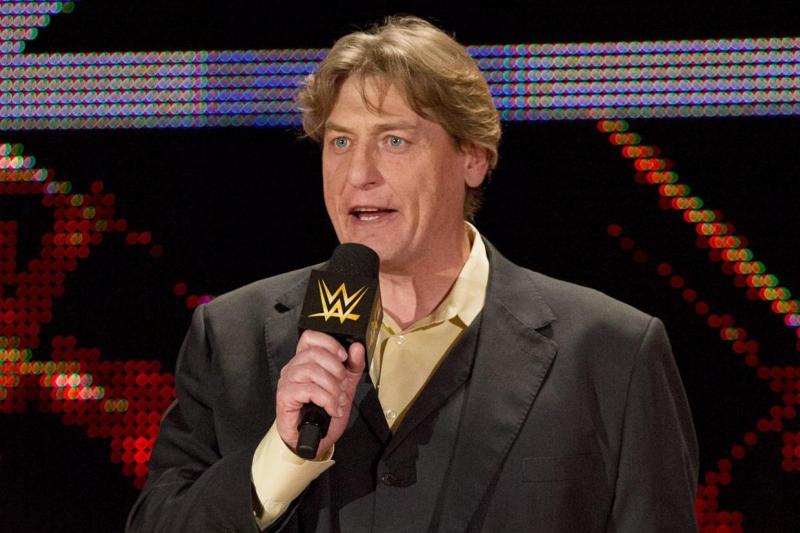 If you keep your ear to the ground on NXT news, or you have the WWE app on your phone, you probably heard rumblings last week about a new title being introduced to NXT. That title is the NXT North American Championship, and it’s going to be contested in a 5 man ladder match at Takeover: New Orleans. The 6 guys in that match are EC3, Lars Sullivan (he’s back!), Killian Dain, Adam Cole, Ricochet, and The Velveteen Dream.

When I saw that NXT was introducing something that looks like it’ll be a mid-card title, my initial reaction was “oh no”. The main argument against an NXT mid-card title, one that I believed for a long time and still partially do, is that it would bloat the card. Another title means another title match on Takeover shows, which would mean less space on the card for those non-title feuds that NXT does so well. And on a weekly show with only one hour of TV time, it might be hard to find time for another title and the storylines that would entail. And those are all really valid concerns. Even with NXT’s near perfect booking track record, this is a big step for the entire show.

After some thinking, however, I’ve come around on this North American Title. Mainly, I like this title existing because I think it serves multiple very important purposes. First off, it adds a path for singles wrestlers. In NXT, the end goal for singles wrestlers is always the NXT title. And while that’s a fine, logical end goal for characters to have, the obvious problem with it is that the vast majority of people in NXT won’t become champion. The brand has been around for 6 years and has only had 14 champions in that time. A lot of people have come and gone in NXT without ever winning the main title, and unless you’re Johnny Gargano it’s very hard to have a memorable run in NXT without winning the NXT title. The North American title gives guys who are never going to win the NXT title something to go after, and potentially win, in NXT.

The next purpose this title serves, branching off of the first purpose, is extending the shelf-life characters have in NXT. The one that comes to mind is the Velveteen Dream, so we’ll use him as an example. The Velveteen Dream is a fantastic character, and Patrick Clark has an amazing grasp on that character, but Patrick Clark is 22 years old right now. To say there’s no rush to get him to the main roster would be an understatement. At the same time, he’s talented enough in and out of the ring to be one of the main characters in NXT for a long time. So how can The Velveteen Dream become a main character in NXT without burning his fuse out too quickly? Thus far the path to being a main character in NXT has included some sort of gold, but it’s very hard to find storylines for characters after they lose their title.

If somebody held the tag team titles, they would either get called up or break up their team after losing those titles. For those 14 people who have held the NXT Championship, more specifically the 13 who have lost the title, there’s really nothing to do once that title is lost besides chasing it again. In other words, once someone in NXT has reached that peak, there’s no logical reason for them to do anything but try to climb the mountain again. With the North American title, NXT has created a smaller mountain. People who aren’t in the NXT title picture right now, like The Velveteen Dream, Ricochet, or Adam Cole, can still do something meaningful. And once those guys leave that title picture, whether they win it or not, they still have a goal that they haven’t achieved. And that “unfinished business” scenario that this title creates ups the number of time guys can spend in NXT without their character stagnating.

While we’re talking about NXT talent, anyone who thinks NXT doesn’t have the talent to support a mid-card title is just plain wrong. The number of incredibly talented wrestlers in NXT who aren’t currently feuding over another title is well into double digits. The Velveteen Dream, Adam Cole, Lars Sullivan, Killian Dain, and Kassius Ohno are all established on NXT TV already. Then you throw in guys like Fabian Aichner, Cezar Bononi, Raul Mendoza, and No Way Jose, and you’ve got a good number of people who have been on NXT TV and have shown that they can wrestle, but aren’t quite stars yet. And then there’s Ricochet and EC3, along with Donovan Dijak (who has been in NXT for months without debuting), and Chad Lail (F.K.A Gunner in TNA, he’s currently working in a faction on NXT house shows) all of whom haven’t even shown up on NXT TV yet. Even with absolutely zero TV time to their names, all four of those guys could believably challenge for the North American Title at some point in the near future. To say that NXT doesn’t have the talent to make this title meaningful is nonsense.

Finally, let’s talk about who wins in New Orleans. I believe that this title was created for the Velveteen Dream. The people booking know how good he is, and they know he deserves to be one of the cornerstones of NXT for a long time. Whenever Dream gets brought up to the main roster he’ll be a star, I don’t have any doubts about that, but he’s only 22 right now. There’s no need to hotshot him to the main roster right now, and there won’t be for a while. So giving him his own title, letting him have dynamite feuds over it, and letting him make that title mean something is the best course of action not only for Dream, but for the North American Title itself. Similar to what’s been done with Pete Dunne and the UK title, a belt that’s just being introduced needs a champion who can carry it, a champion who’s a big deal every time they make their entrance. In other words, a new title needs a legitimate star to hold it. And The Velveteen Dream is just the star to do that.