Money in the Bank 2018 Predictions 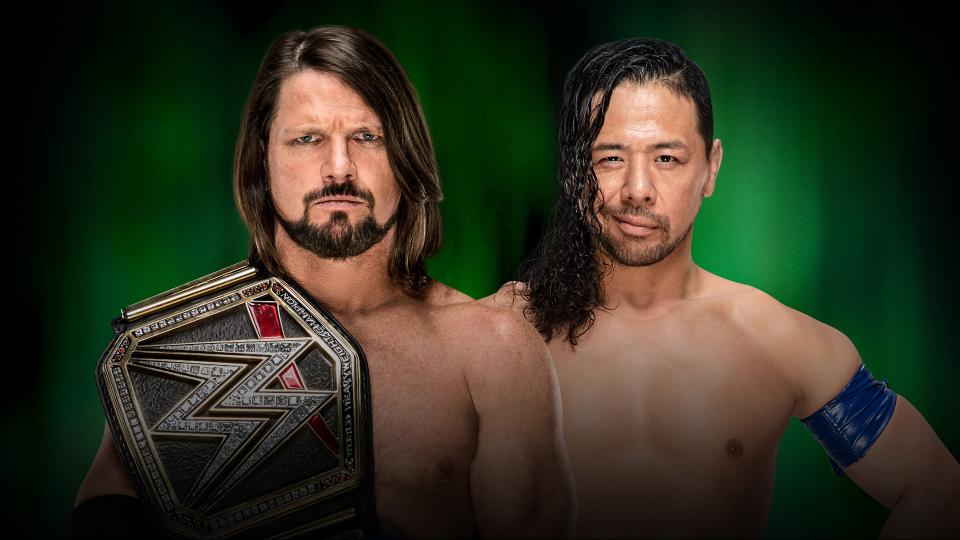 Meet our Money in the Bank 2018 Predictors:

Simon Cotton – Sportskeeda Analyst and co-host of the “What You Mean?” Podcast on the Social Suplex Podcast Network.

Simon: You can’t beat down Anderson and Gallows for two years straight and expect anyone to believe in them. Especially me. Pick: The Bludgeon Brothers

Tom: I really want the good brothers to be more than just cannon fodder, but I think that’s all they are here. Bludgeon brothers going over. Pick: The Bludgeon Brothers

Caleb: It’s not the time to switch those belts just yet. Pick: The Bludgeon Brothers

Jeremy: I highly doubt we’ll see a title change on the Kickoff show, so I’m going with the champs to retain. Pick: The Bludgeon Brothers

Brian (Clive):  Bludgeon Bros (possibility of Sanity attacking them after the match). The Bludgeon Brothers

Simon: He hasn’t made any improvements to deserve it, but WWE’s gonna put him over anyway. Pick: Big Cass

Tom:  I’m picking Bryan because Big Cass going over Daniel Bryan could just cause the crowd to turn on this entire show. It’s a Chicago crowd, it would be stupid to not give Bryan the win. Pick: Daniel Bryan

Jeremy: Personally would love to see Bryan squash this geek AGEEN (Matt Hardy voice), but I have a bad feeling Big Cass will steal the win continuing this horrible feud. Pick: Big Cass

Ricky: Each week, I’m losing more interest in Cass, not that I was invested him from the get-go, but I think this feud concludes at Extreme Rules. Pick: Big Cass

Simon: Rollins has done a great job with the title, but he’s too over to stay with a mid-card title. Elias has a lot of momentum right now and the time is right if you ask me. Pick: Elias

Tom: Seth Rollins’s IC title run has been one of the few enjoyable things about WWE in 2018, and as good as Elias is I need IC champion Rollins to still be a thing. Rollins is my pick. Pick: Seth Rollins

Jeremy: I think taking the Intercontinental title off of Rollins right now would be a mistake. Rollins is getting red hot and shouldn’t be cooled down anytime soon. Pick: Seth Rollins

Brian (Clive): Not very excited about this. Seth will retain before moving on to something more meaty in the summer. Pick: Seth Rollins

Ricky: Seth Rollins means so much to the Raw brand just now, I don’t see him losing the title until around Summerslam and it’s also good to see Elias is still in relevant feuds. Pick: Seth Rollins

Caleb: Sami Zayn somehow pulls a rabbit out of the hat, potentially thanks to outside interference. Pick: Sami Zayn

Jeremy: Sami Zayn win on a PPV? When is the last time that happened? Pick: Bobby Lashley

Brian (Clive): There are no winners in this horrendous feud. But Lashley will squash Sami. Pick: Bobby Lashley

Ricky: The build has not been very good, I’m being extremely generous with that comment, but the match itself should deliver. Sami deserves better than this but he’s never really been treated like a star he can be. Pick: Bobby Lashley

Simon: This one of the hardest matches to predict on the show, but I’ll air on the side of caution and pick dA bIG dOG. Pick: Roman Reigns

Caleb: Roman Reigns beats the Trashbag but this feud still continues because IT’S WHAT WE NEED. Pick: Roman Reigns

Jeremy: It pains me to write this, but I’m going with Jinder. Why? Because at the end of the day the winner of this match doesn’t matter. There’s nothing at stake. Roman can lose and still be in the main event of Summerslam. Pick: Jinder Mahal

Rich: Rest holds and chops will be had. Chicago will feast. Pick: Roman Reigns

Ricky: Smart decision to take Roman out the spotlight for now and could be a hard-hitting match. Pick: Roman Reigns

Tom: Look, it really should be Asuka. Honestly. But with how nonsensical WWE’s women’s divisions get booked, I’m picking Carmella. Pick: Carmella

Jeremy: Mella is not money, she is trash. However, I seeing her retaining the title due to shenanigans. Pick: Carmella

Ricky: A champion shouldn’t be this green and ultimately learning on the job while holding the title but a returning James Elsworth helps Carmella retain. Pick: James Ellsworth

Simon: Becky Lynch and Sasha Banks need this victory the most, but WWE seems intent on telling this story with Ronda Rousey and Natalya. Pick: Natalya

Tom:  I’ll say, Natalya, because I think she cashes in on Ronda Rousey whenever Rousey wins the title. Pick: Natalya

Caleb: Becky Lynch wins the women’s briefcase and gets a much-deserved push towards a championship. Pick: Becky Lynch

Jeremy: WWE has been slowly planting the seeds of a Nattie/Ronda rivalry. With that in mind, I’m going with Nattie to take the women’s briefcase to Raw. Pick: Natalya

Rich: Sasha Banks because they can’t make the boss suffer more can they? Pick: Sasha Banks

Brian (Clive): The Lasskicker will scoop the prize in a great crowd popping moment (possibly cashing in on the retaining Carmella later in the night). Pick: Becky Lynch

Ricky: It will be a Raw winner and Natalya winning possibly cashing in on her “friend” Ronda Rousey to win the title at some point would be excellent storytelling but I will go with a heel Sasha eventually cashing in. Pick: Sasha Banks

Simon: I originally had Ronda Rousey picked to win, but WWE giving away the payoff this past Monday is a sign that she might not be getting the title this soon. But a lot of this depends on whether this match takes place before or after the Women’s Money in the Bank. Pick: Natalya via cash-in

Tom: I think Rousey wins and then gets cashed in on by Natalya at some point down the road. Pick: Ronda Rousey

Jeremy: I hate to break it to you guys, but Nia Jax is just not good. Ronda is the biggest star in the company and is being inducted into the UFC HOF. Put the belt on her and captialize on the publicity. Pick: Ronda Rousey

Rich: This shouldn’t go long at all. Expect all the gimmickry. Pick: Ronda Rousey

Brian (Clive): The Ronda Rousey Express is in full swing with WWE management. Rousey for the win. Pick: Ronda Rousey

Ricky: It’s too soon for Ronda and I have suspicion Stephanie McMahon will get involved in this match costing Ronda the title. Pick: Nia Jax

Simon: Braun Strowman needs this win to recapture that momentum that WWE abandoned TWICE. If he doesn’t win here, he might just end up the next Mark Henry (pre-Hall of Pain). Pick: Braun Strowman

Tom:  I think it’s going to be someone from Raw winning this, because I think they’re gonna cash in on Roman, so I’ll say Kevin Owens wins it. Pick: Kevin Owens

Caleb: Samoa Joe wins the men’s briefcase but much like Dean Ambrose he won’t have the briefcase for too long. Pick: Samoa Joe

Jeremy: With my prediction of a Raw woman winning the briefcase, I believe a Smackdown man will win the other briefcase. Now is the time for WWE to capitalize on the Rusev Day wave and strap the rocket on Rusev. Pick: Rusev

Rich: Samoa Joe. I’d like for them to resist the low hanging fruit of The Miz. Pick: Samoa Joe

Ricky: The best possible story that can be told in WWE, possibly in all of wrestling, is Miz winning the briefcase and cashing in on Daniel Bryan the very night he wins the WWE title thus leading to a rematch at WrestleMania next year BUT Sunday is Rusev Day! Pick: Rusev

Simon: WWE seems intent on ruining this feud and another draw sounds like the way to make it worse. Pick: AJ Styles via draw

Tom: I think this is finally the match where Nakamura wins the title, albeit probably not clean. My dark horse pick is Sanity beating up AJ to start that feud, and Nakamura winning, but either way, Nakamura wins. Pick: Shinsuke Nakamura

Caleb: AJ Styles beats Shinsuke Nakamura but he won’t be holding the title for much longer. Pick: AJ Styles

Jeremy: Nakamura really needs to win. If not he needs to immediately catch a flight to Japan and try to get into G1 Climax 28. Pick: Shinsuke Nakamura

Rich: They could save the feud with a blow away match. Pick: Shinsuke Nakamura

Brian (Clive): Hoping for a Shinsuke win, ‘cos if not, this last few months’ great character work is for nothing. Pick: Shinsuke Nakamura

Ricky: The end of the feud with this match (we all hope) will be the best match of the feud. I think it makes the most sense for Nakamura to win although do not rule out a double count out. Pick: Shinsuke Nakamura