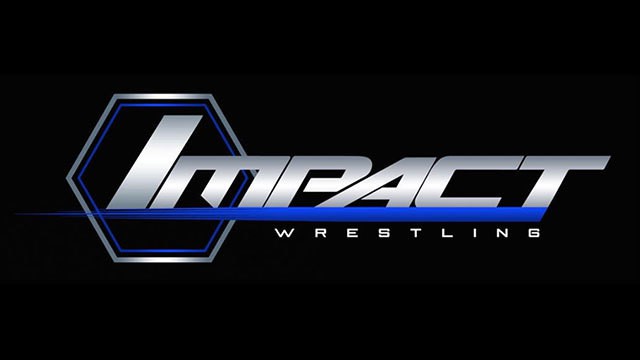 I’d say the column title kind of explains what is going on here. I’m going to have a little fun and recall some moments from TNA/Impact Wrestling that made me laugh, cry, smile, or shake my head in disbelief. Let me know how you rank these, or even what your favorite Impact moments are, whether it be on Twitter or in the comments section!

Did you think this wouldn’t make the list? Hell, I expanded the countdown by one just so I could include this iconic, hilarious promo. At the end of the day, this had about 141 and two-thirds percent chance of being on here.

This is one of the most famous GIFs in company history. Elix Skipper taking a HUGE leap of faith and causing major damage to himself, Christopher Daniels, James Storm, and Chris Harris. This has huge sentimental value to me as well because this was the FIRST pay-per-view that I ever ordered. Long Live Primetime!

This was special for me because when I first started watching TNA in October 2004, Jeff Jarrett was the world’s champion. It seemed no matter who the challenge was, be it Raven, Jeff Hardy, or even Monty Brown (a personal favorite before he turned heel) could usurp The King of the Mountain as champion. So when Tito Ortiz became involved (which was a huge get for TNA at the time, as UFC was about to be on the rise thanks to The Ultimate Fighter) as the special guest enforcer, I became really excited. FINALLY, someone bad enough was going to put an end to all the shenanigans from Planet Jarrett! One swift right hand to the jaw and a PHENOMENAL (pun absolutely intended) Spiral Tap later, AJ Styles was NWA Worlds Heavyweight Champion, and I was an elated ten-year-old boy.

The build to this match alone makes it worthy of being on this favorite moments list. Rockstar Spud (aka Drake Maverick for the WWE marks) was the longtime heater for the entitled EC3. After over a year of pure misery for Spud, brought on by the selfishness of EC3, Spud was fired. Then Spud was bullied by EC3 and Tyrus (aka Brodus Clay, again for the WWE marks.) After this Spud decided he had enough. EC3 would always tell Spud how he was a lion or a gazelle. Spud would deny these claims and say at the end of the day he was a FRICKIN man. Spud knew the only way to get the match was to put embarrassing stakes up. He suggested a hair match. Mind you that this was also in Spud’s home country of England. Spud fought with everything he had but at the end of the night, Spud came up short. After the match, we were seeing a new side of EC3, or so we thought. EC3 put over Spud huge, he even called him a man and said he wouldn’t shave his head in front of his family and friends, then he opened the ropes for Spud… only to trip the young man, tie him up in a tree of woe and SHAVE HIM BALD. At this moment we all knew EC3 could be an evil bastard.

To properly appreciate this you had to have been WATCHING Impact on a weekly basis. At the end of the week, there was stone left unturned and no detail too small. This had a nine-month build, and when we finally found out Bully Ray was the leader, we the viewer were left shook! Also, I’m not even mentioning that Bully became the TNA World Heavyweight Champion in the process. I also must urge you to watch the explanation video series where Bully painstakingly explains every inch of the story. It really does end up feeling like a magician explaining a trick to the viewer. How did we NOT see that coming?!

Bobby Roode becoming world champion had a very long and emotionally taxing five-month build. When his time had seemingly come at Bound For Glory 2011 he came up short and Kurt Angle retained his title. Then four nights later Bobby’s best friend James won the very championship he failed to capture. After successfully shirking Samoa Joe’s challenge, Bobby earned another chance for the title, this time against his tag partner and best friend James Storm. When the time called for it, and Bobby’s desperation rose to new heights, he did the unthinkable and hit his alcoholic friend with a beer bottle over the head, smashing the bottle and their friendship into a million pieces. Bobby crawled into the cover, pinned Storm and got the win and the title. What Bobby did next was despicable, he rudely grabbed the title from the official, stood over the carcass of his former friend and SPIT IN HIS FACE which prompted the following quote from Mike Tenay:

Are you noticing a trend with early days TNA? Jeff Jarrett was very much a common thread of this company for obvious reasons, including booking the product. This title win came on the heels of Christian leaving WWE after nearly a decade with the company. Christian was a career mid-carder in WWE, and Jeff Jarrett made sure to mention that every time Christian brought up taking the title. Christian couldn’t get it done. Christian could never win the big one. Even if he had the skill, how could he neutralize the outside distraction of Gail Kim who had cost so many previous challengers their matches against Jarrett? Well, about twenty minutes, and a SICK counter powerbomb from Christian to Gail (I’m sure Spike would’ve LOVED that,) Gail was neutralized. Christian hit the Unprettier and got the win. What puts this so high up beside my love for the better half of E&C is the fact that this was treated like a huge deal. Christian got confetti and the works. Hell, even fans were let into the ring to celebrate the win with the new champion. The commentary duo of Don West & Mike Tenay put it over the top when they mentioned the prestigious lineage that Christian Cage was joining. I’ll say it again, this felt HUGE, it felt like a glass ceiling shattering moment.

There are multiple reasons this made my list. First off this birthed one of my favorite stipulations in wrestling, Option C. Option C simply meant that every year before Destination X if the current X Division Champion so chose, they could abdicate their current title for a shot at the world title. Now that may sound a bit silly, but the reason this was born in the first place is that Aries, in particular, had ran through every challenge he was given. The man was nearly undefeated in singles action up to this point, and he had been with the company for a year. Second, this challenge is what put to bed the great heel championship run of Bobby Roode, which was initiated by number three on this very list. No matter what the challenge, be it a four-way, AJ Styles, Jeff Hardy, Bully Ray, James Storm, or even Sting, Bobby Roode had managed to survive everything put in front of him. Even with this being the case, he was still booked like a lucky coward. If you had a heart you WANTED to see this man get beat. During this match, Aries took a belt shot to the dome from Roode and we just KNEW the match was over. Another challenge averted for Roode, so when Aries kicked out, the Impact Zone exploded! This had to be it after all, right?! Aries managed to survive for a few more minutes, got a favorable spot on Roode, nailed his SICK brainbuster and got the pin, the win, and the TNA World Heavyweight Championship much to the delight of the audience in attendance and many viewers at home!

That’s where I’ll leave off today. I’m glad to knock this rust off the keyboard and get a column out to you jabronies. You can follow me on Twitter @SclSplx_CalB. You can follow my NEW Impact and ROH themed podcast on Twitter @WrestlingWashSS. You can read all my columns on here. Follow the website @SocialSuplex on Twitter. Thank you for reading this, have a good (whatever time of day it is) and God bless ya.