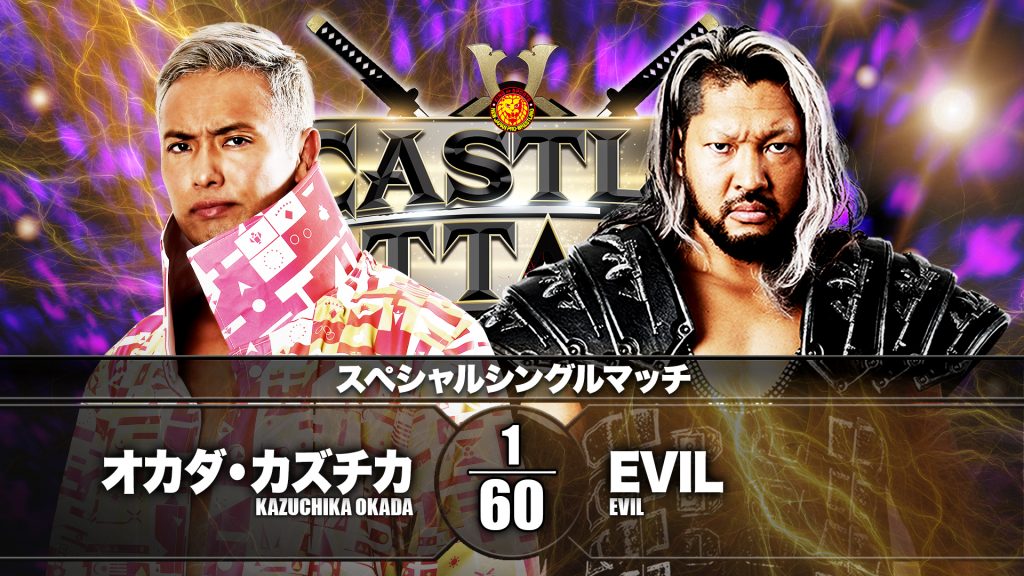 We open the show with six-man tag action, which previews two matches the following night. The Hontai Unit members Tanahashi and TenCozy take on The United Empire. Of course, Tanahashi will face The Great-O-Khan for the NEVER Title the next night. Meanwhile, TenCozy will face Ospreay and Cobb in the opener of the first night. TenCozy will undoubtedly want to get revenge on The United Empire and bring the fight to them. This match should be a fun, chaotic opener as we head into the singles matches.

Prediction: The United Empire pick up the win.

We kick off CHAOS vs. Bullet Club with one-third of the NEVER Six-Man Tag Champions YOSHI-HASHI taking on one-half of the IWGP Tag Champions Tanga Loa. For Tanga Loa, this is only his third singles match in his New Japan career. The first being in the 2017 New Japan Cup in what was a bad match against Yuji Nagata. His second singles match was last year in the New Japan Cup USA, losing to Jeff Cobb in a mediocre match. Tanga Loa has undoubtedly improved, and against a motivated YOSHI-HASHI, this could be a decent match as a preview for the Tag Title match the next night.

Prediction: YOSHI-HASHI picks up the wins

These two have a lot more history together than you think. From 2010 to 2012, these two were regularly tag partners, even teaming together for the 2010 G1 Tag League. All that changed once Tama Tonga joined Bullet Club. They have faced off 3 times since then. All-time Goto has won. The record books don’t look good for Tama, but he could very well beat Goto on his best day, but is he focused on winning or causing as much damage he can to Goto heading into tomorrow’s IWGP Tag Title defense?

Our only title match of the night (and calling it a title being too generous) sees Toru Yano taking on the Texas Heavyweight Champion Chase Owens. Following Chase coming back from America, he has targeted Toru Yano and challenged him to a Texas Strap Match. Yano agreed but wanted a Yano Style Strap Match ( a Strap match, but you take off the corner pads then tap them). The fan poll was significantly in favor of Yano’s stipulation. It won. Since then, Chase has been bringing out a Strap and been using it in his matches, attacking Yano with it and Yano sometimes trapping Chase with it. I have not cared for this upcoming match. It’s Yano, so it should be a good comedy match, but it does not excite me for the Future of KOPW, which has so far been nothing but comedy Yano stipulations

Our semi-main event sees Tomohiro Ishii take on Jay White. At New Year’s Dash, a very down Jay White would took a pinfall loss to Tomohiro Ishii and would then take a leave of absence. Ishii backstage would show a rare moment of compassion to the Bullet Club leader.

However, about a month later, Jay White would return at a Road To New Beginning show laying out Ishii and seeming to be remotivated. This led to a New Beginning match in Hiroshima where Ishii, Goto, and YOSHI-HASHI defended their Six-Man tag belts against Jay White and G.O.D. Jay White has been trying to get under Ishii’s skin and has mostly worked with him laying out/choking out Ishii on multiple occasions. Overall this, in my opinion, will be the match of the night. Ishii will once again have a great match with someone and won’t get pushed for it at all.

Our main event (oh boy) features “The Rainmaker” Kazuchika Okada taking on “King Of Darkness” EVIL. This match has been brewing since New Year’s Dash with EVIL not wanting to go one-on-one with Okada. I was digging it. However, at New Beginning In Hiroshima Night Two, Okada and EVIL had an impromptu singles match that would end in 5 minutes via DQ, which got mixed reception and teased up for this upcoming match.

My feelings are mixed about this. EVIL has been boring for me. I have not enjoyed him in ages. I’m hopeful that if he keeps the bullshit Garrotte Wire to a minimum and Kazuchika Okada brings out his old 2017 self, this match could very well be the best match on the card potentially.