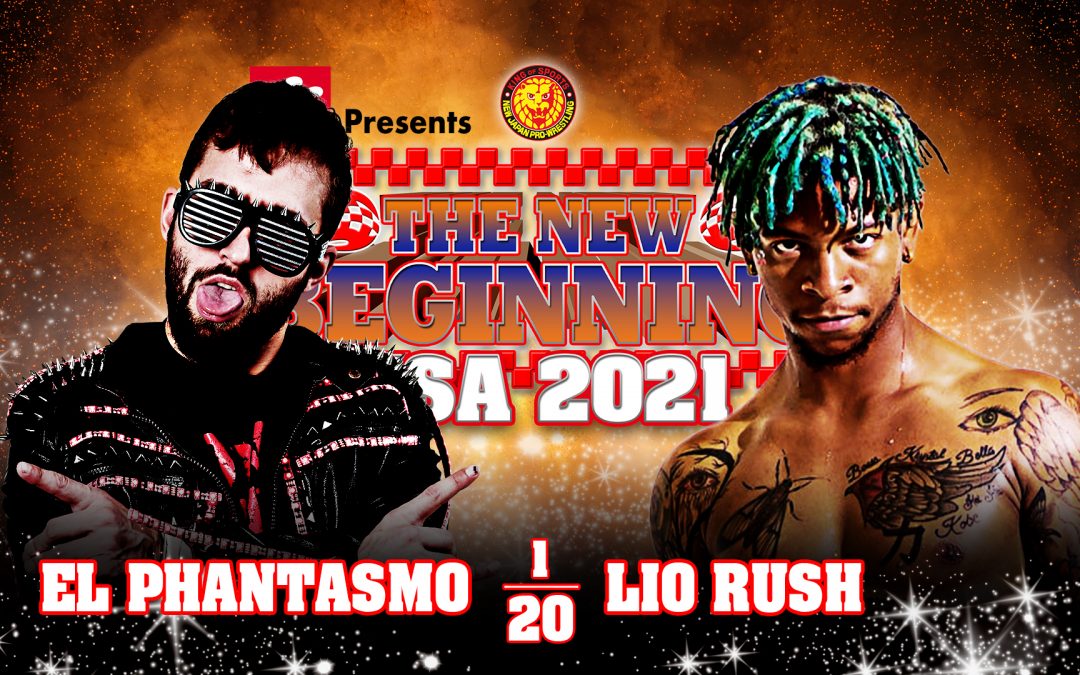 The first night of New Beginning in USA is here! We got two big singles matches to preview no wasting time let’s get into it.

We kick off the show with 6-man tag action as Rocky Romero returns to New Japan Strong. The last time Rocky was seen, he suffered a loss to Chris Dickinson at Lion’s Break Contender. This week he teams with Adrian Quest and Misterioso, who got a big win in an 8-man tag at Road To New Beginning two weeks ago. Misterioso has been in a bit of a small feud with Barrett Brown. The two faced off in singles action and were on opposite sides in the aforementioned 8-man tag.

Rocky’s team will face off against a team lead by Rey Horus. Horus picked up a big win against the current Impact X-Division Champion TJP two weeks ago and will want to continue his momentum. Meanwhile, his tag partners Barrett Brown and The DKC will be looking for wins after both suffering losses during Road To New Beginning. This should be a fun high flying six-man tag affair.

Finally Rosser and HIKULEO go one on one. Fred Rosser has had a mixture of success in New Japan since showing up. He has been feuding with Team Filthy and had the Strong Match Of The Year against Tom Lawlor.

HIKULEO has been dominant since coming back to New Japan and has yet to be pinned since. He picked up big singles win over Brody King and TJP and has a high winning percentage in 2020 with 75% (6 Wins, 2 Losses (both being in elimination matches where he got thrown over). But this will still be a tough test for him facing the former WWE Tag Team Champion. This should be a hard-hitting affair and one to keep an eye on.

Prediction: HIKULEO picks up the win

Our main event is a big one as one-half of the IWGP Junior Heavyweight Tag Team Champions El Phantasmo takes on the current MLW Middleweight Champion and AAA World Cruiserweight Champion Lio Rush. These two faced off at Super J-Cup with ELP picking up the win via a Dick Punch. Lio Rush been wanting payback. These two faced off in six-man tag action at Lion’s Break Contender with Lio Rush’s team picking up the win.

While if you look at the record, you would think Lio Rush wins, but with El Phantasmo currently in the line for an IWGP Junior Heavyweight Title match, he can’t afford a loss here. If Lio Rush were to win, perhaps if he found the right tag partner he could come on over to Japan for a tour and challenge for the tag belts. We could even see Lio Rush in Best Of The Super Juniors. This main event should be a fun high flying affair with no doubt both men giving us a show.