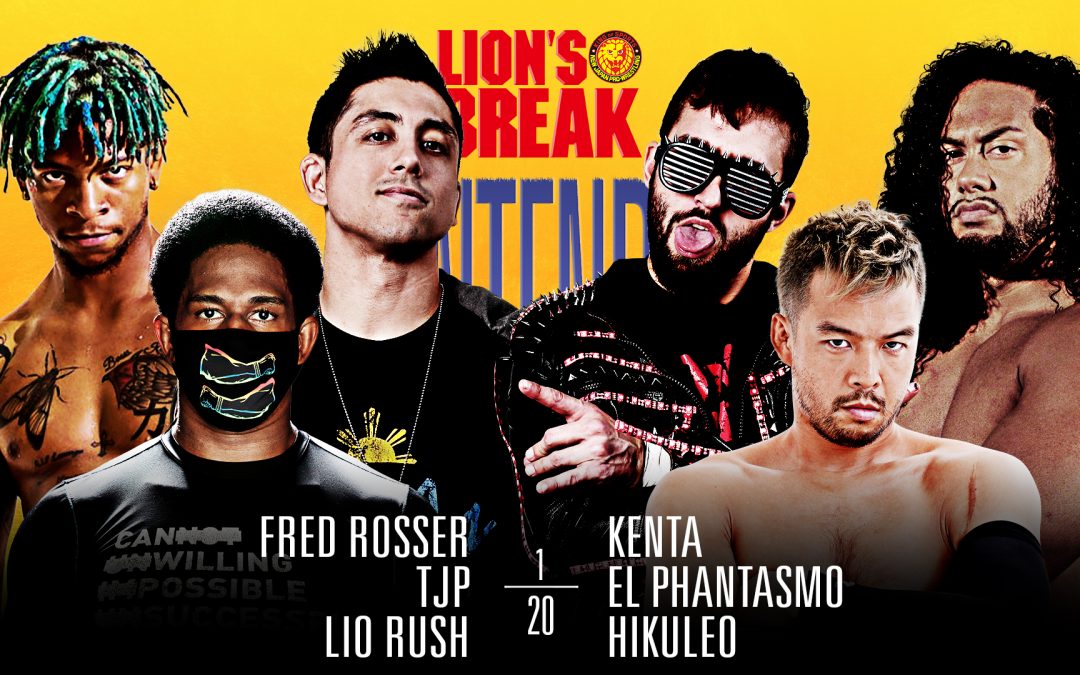 Muzza back at it again with the second night of Lion’s Break Contender.

Clark Connors vs. The DKC

We start with LA Dojo boys as Clark Connors takes on the newest member of the LA Dojo The DKC. The DKC joins them after begging Shibata to join. These two have sort of became irregular tag partners feuding with The Riegel Twins for the latter half of 2020. Now they face off in singles action. The big question for me is will The DKC have to shave his head? We’ll have to wait and see. Connors has not had much to do since winning the Lion’s Break Crown but this should be a fun opener as I enjoyed Connors vs Knight on the prior Road to show.

Our next match sees the singles debut of the “Dirty Daddy” Chris Dickinson. Dickinson is not someone I am truly familiar with but I have seen some of his better matches against the likes of Daisuke Sekimoto, Yuji Okabayashi, and Dan Maff. Dickison will be taking on Rocky Romero who has been used to help get new big names over like Tom Lawlor, JR Kratos, and Rust Taylor. However, we shouldn’t count Romero out. The King of Sneaky Style can always sneak a win, but yeah poor Rocky is going to get tossed about in this match.

The main event is a 6-Man tag match featuring US Hontai members Fred Rosser and TJP along with the NJPW Strong debut of Lio Rush against US Title Contendership Briefcase Holder KENTA, one half of the IWGP Junior Heavyweight Tag Champions El Phantasmo, and the Massive HIKULEO. This is almost a rematch from two weeks ago where Rosser teamed with ACH and Blake Christian in a losing effort. Now with TJP and Lio Rush, Rosser hopes to get a bit of vengeance. Rosser could perhaps end up being another challenger to KENTA for his US Contendership Briefcase.

Lio Rush will be wanting revenge on El Phantasmo who cheated to cost him a chance to go further into the Super J-Cup. If Lio Rush and TJP get the win they could make a case for challenging for the IWGP Junior Heavyweight Tag Titles in the future. This should be a fun 6-man tag to watch and who knows what can happen.