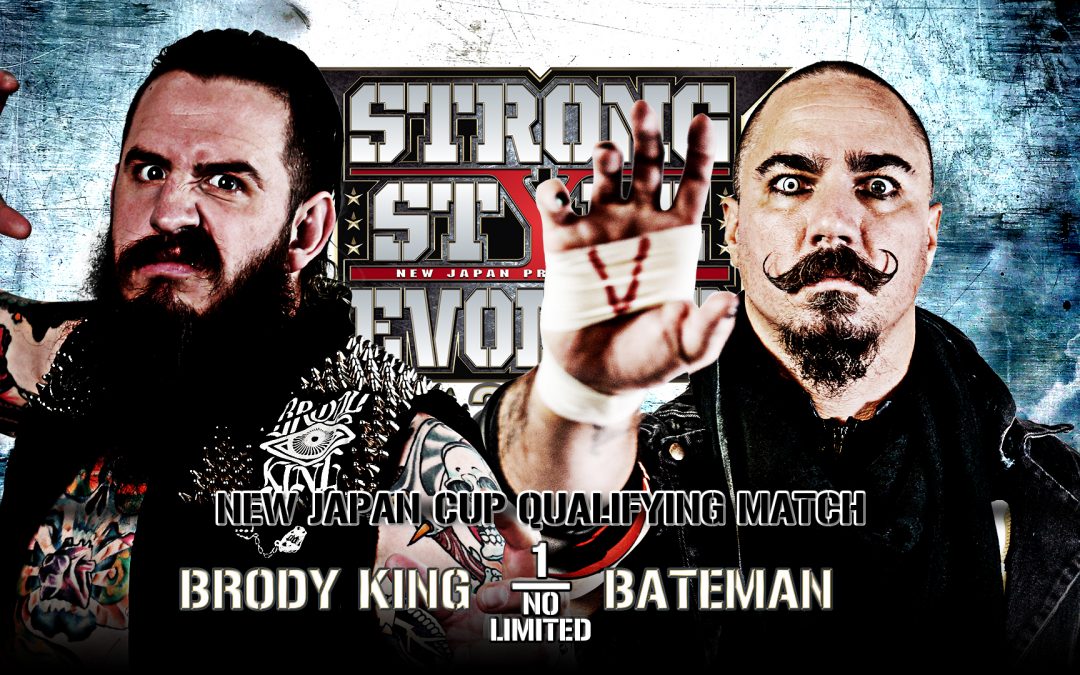 Our opening match is a special singles match as Young Lion Alex Coughlin takes on The United Empire’s “Hatchet” Jeff Cobb. Coughlin will want a big impact on his first New Japan singles match since coming back from injury. His last singles match being with Tom Lawlor at Lions Break Collison Night 4. Jeff Cobb, meanwhile, also makes his return to Strong. Cobb was last seen at Detonation beating Rust Taylor so bad he went to the Performance Center. This is also Cobb’s first official Strong appearance since joining The United Empire. This should be a fun opener to watch and a tough test for Coughlin.

Our first New Japan Cup Qualifier tonight sees Ren Narita taking on Misterioso. Ren Narita has been on fire recently since coming onto Strong. He has gotten singles wins over Bateman and Chris Dickinson. He will be planning to continue his winning streak against Misterioso. Misterioso is also on a singles streak with victories over Danny Limelight at NEVER and Barrett Brown at Road To Lions Break Contender. This should be a good test for Narita, who, despite his big wins, will still come into this as an underdog against Big Poppi Pump.

Our main event match features Brody King takes on Bateman. These two have a bit of history being a tag team from 2015-2018 called Freakshow/Violence Unlimited. They’ve teamed in PWG, DEFY, and APW. They have faced off three-time in singles matches, with Bateman winning all three of them. Of everyone qualifying, Brody King was the only one in last year’s New Japan Cup USA, and he lost in the first round to Tama Tonga. This time he hopes to qualify and make it further. As for Bateman, after a shock loss in his first match to Ren Narita, Bateman has gone on a pinning streak getting the pin in an 8-man tag match and beating Clark Connors in a singles match. Brody King, meanwhile, after failing to win the ROH World Title at ROH Final Battle, has feuded with JR Kratos in a fun hoss feud which he would win and has begun teaming with the Riegel Twins as a sort of trio recently. This should be a fun little match as both have history and know each other very well and should be a fun main event for tonight. about