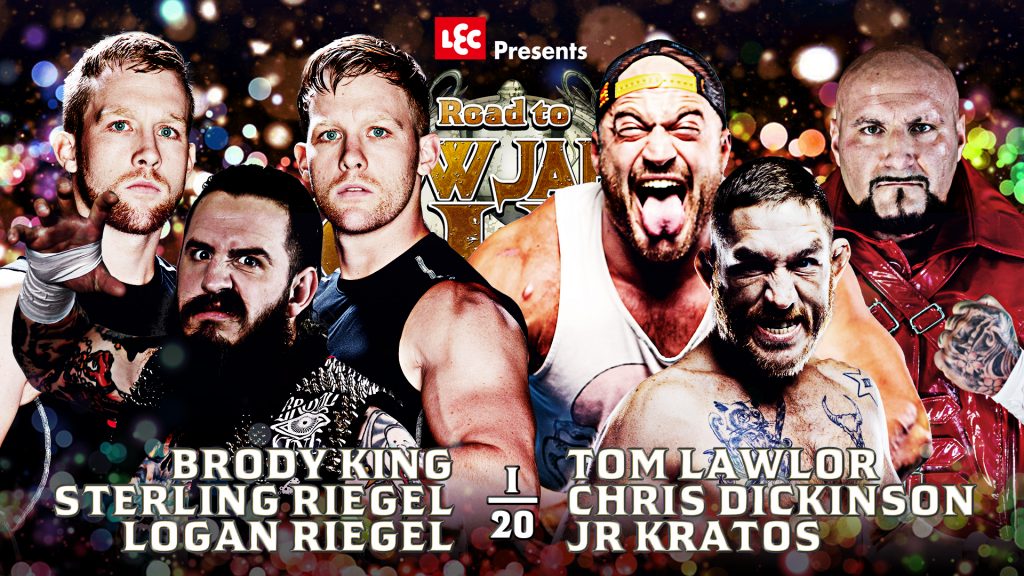 Our opening match sees Rocky Romero taking on Kevin Knight. Rocky Romero failed to qualify for the New Japan Cup USA, losing to Lio Rush in his qualifier. Meanwhile, Kevin Knight has been looking for his first win since debuting as a Young Lion. This match will be another tough test for Knight against the multiple-time Junior Tag Champ Rocky Romero, who still wants to get that one Junior title reign not as Black Tiger but as Rocky Romero. This opener will be fun.

TJP and Alex Coughlin vs. Misterioso and Jordan Clearwater

Our next match sees TJP team with Alex Coughlin against Misterioso and Jordan Clearwater. 3 of the 4 in this match failed to qualify for New Japan Cup. Most shockingly, TJP lost to Clark Connors, who has now officially graduated from the LA Dojo. Now TJP teams with the new captain of the LA Dojo in Alex Coughlin to take on Misterioso and Jordan Clearwater, who both failed to qualify for New Japan Cup USA, losing to Ren Narita and HIKULEO, respectively.

Clearwater has impressed me more and more, he has a great look, and I feel he’s someone to keep an eye on and teaming with “Big Papi Pump” I can see them getting the win here, but we shouldn’t count out TJP.

Prediction: Misterioso and Jordan Clearwater picks up the win

Our main event sees Brody King team with his mini me’s, aka The Riegel Twins, to take on Team Filthy representatives Tom Lawlor, Chris Dickinson, and JR Kratos. Three of the six men in this match are in the New Japan Cup. Two will face off in the first round. Brody King has been forming a nice trio with The Riegel Twins, with them dawning similar masks to him and totally real tattoos similar to him (or maybe bodysuits).

As for Team Filthy, a bit of dissension, it seems with Tom Lawlor making fun of Chris Dickinson for losing to Ren Narita, Dickinson thankfully won his Qualifier against Blake Christian and now looks for a head-on Collision with Brody King in the first round, while Tom Lawlor will be facing Ren Narita first round, let’s see if Lawlor and Dickinson can get along and the interest of if they will mention how King and Dickinson are now in the same stable in Ring Of Honor.

This should be a solid main event with many hoss fights and The Riegel Twins flying all over the place (most likely by JR Kratos).