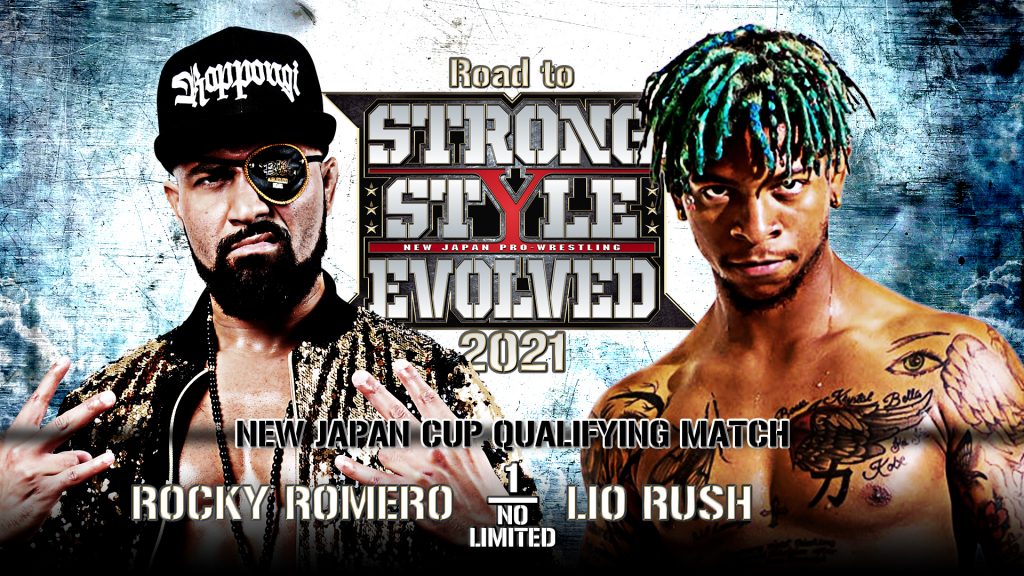 After the great Strong show last week, let’s see if this week can bring us more of it. We got two New Japan Cup USA Qualifiers.

Our opening match sees Karl Fredericks and Alex Coughlin’s return as they take on Clark Connors and Kevin Knight in a LA Dojo face-off. Fredericks makes his first appearance since Detonation, where he faced Jay White in a losing effort. Meanwhile, Coughlin has not been seen on New Japan since Lion’s Break Collison episode 4 against Tom Lawlor. He did make some appearances at Josh Barnett’s Bloodsport 4 and 5 with losing efforts against JR Kratos and Royce Isaacs. Fredericks and Coughlin take on the now “Captain” of the LA Dojo Clark Connors and Kevin Knight. Knight will want to make an impact against his more experienced classmates and stand out to Shibata. This should be a fun opening tag match with all of them going all out to make an impression.

Our first New Japan Cup Qualifier sees LA Dojo’s The DKC take on the leader of Team Filthy Tom Lawlor. The DKC recently got his first win on the Road To New Beginning in USA over Kevin Knight and now will look to get a big win. However, is he biting off more than he can chew with Tom Lawlor? Since Detonation, Lawlor has not been seen. Lawlor is 3-0 in Singles matches in New Japan with wins over Alex Coughlin, Rocky Romero, and Fred Rosser. Most people will expect an easy Tom Lawlor win. Still, I think The DKC will show everyone what he can do in this match. It will be a hard-hitting strong style affair for sure.

Our main event sees two of the best American Junior Heavyweights face-off as Rocky Romero takes on Lio Rush. Rocky Romero has been in many a tournament, from Super J-Cup to Best Of The Super Juniors to Super Junior Tag League. He has been one of the best Junior Heavyweight tag wrestlers in New Japan. He faces perhaps one of the soon-to-be best in Lio Rush, who, after losing twice to El Phantasmo, will want to get back to winning ways. A win over Rocky Romero would be a big positive in his books. Lio Rush, of course, a double champ holding the MLW Middleweight Championship and AAA World Cruiserweight Championships. A win for Rocky over Lio, who is also in MLW, could put him in contention for that title. If one thing is for sure, this match will be one to watch for certain.